When you send a letter to the president, it first passes through The Office of Presidential Correspondence, founded under President McKinley in 1897 to help his administration address the roughly 100 letters arriving for him per day. By the time Herbert Hoover was president, the office would receive around 800 letters daily. The current President of the United States gets tens of thousands of letters, parcels, and emails every day.

Those who write in know that the president himself will most likely not see their message. Many of their letters start with phrases like, “I know no one will read this.” Although someone does read those letters. And sometimes that person is Fiona Reeves, Director of Presidential Correspondence at the White House. She and a group of 45 staffers, 35 interns, and 300 rotating volunteers read thousands of letters sent to Barack Obama, who has specifically requested to receive ten letters to read every night.

“These letters, I think, do more to keep me in touch with what’s going on around the country than just about anything else,” says the president. “Some of them are funny. Some of them are angry. A lot of them are sad or frustrated about their current situation.” Many people reach out about their employment situation or concerns about big political, social, and environmental issues such as gun violence or climate change.

Before letters arrive at the Office of Presidential Correspondence, the Secret Service opens and inspects them. After being screened, paper letters are clipped to the envelopes they arrived in. Then it is up to the staff and interns and volunteers to dig through the letters and emails and figure out which ones to pass up the chain to Reeves, who personally reads around 300 per day.

In reviewing these letters, Reeves and her team are looking for a range of opinions and styles that will express what Americans are thinking about. “We want to give him mail…that is geographically diverse,” she explains. “We also look for different writing styles and different levels of writing and ways of communicating.”

The office also considers where the president will be traveling in the coming weeks and what issues he’ll be discussing. Reading letters from these places and about local topics “make[s] him better equipped to spend time in that community or to discuss an issue that he doesn’t have a personal perspective on … [it is] sort of a way of giving him more advisers.”

Reeves and her staff also take a “Random Daily Sample” of commonly-used terms and oft-cited issues found in the letters and emails which reflect what the American people are concerned about. These findings are synthesized and put into graphs and are accessible to staff throughout the White House.

After Reeves chooses the ten letters for the president, she hands them off to someone who scans them, then passes them to the person who puts together Obama’s nightly briefing book. 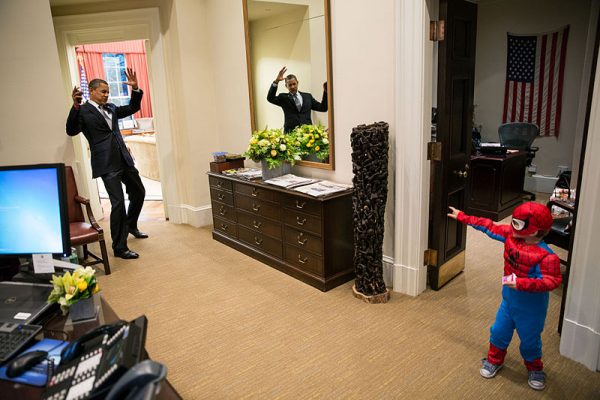 Unlike almost everything else that reaches the president, these letters have not been fact-checked or committee-reviewed. And because these letters are so direct and unfiltered, many of them are quite personal.

“Our office deals a lot in emotion and empathy,” says Reeves, “because we are absorbing so much of what people hope and fear.” People write things like, “I’m staying up late at night because I can’t stop thinking about this,” or share something about where they are and what their lives are like.  Many recent letters feature phrases like, “I’ve been meaning to write this for seven years,” or, “here’s what I’ve been meaning to tell you,” to reflect on Obama’s presidency as it winds down.

The letters aren’t just sad or serious. The Office of Presidential Correspondence receives a number of sweet and funny letters as well. A high school student running for class president wrote in looking for speech-writing advice. And a nine-year-old girl asked President Obama how to make friends. In both of these cases, President Obama actually wrote back.

President Obama often responds to the ten letters. Most of the time he jots down notes in the margins about how to respond so that his staff writers can elaborate an official response. “And often his margin notes are so extensive, he’s practically responding to the letter himself,” says Reeves. “We end up serving more as typists than writers.”

The ten letters President Obama reads a night are more than just personal missives. They go on to shape White House policies and presidential pursuits, and they touch the lives of those tasked with reading through and curating them.

The White House is keeping their “Contact Us” form open through the last day of the Administration, January 19th 2017. Even if you write a letter on that final date, it may still reach Obama. He will be receiving ten letters on his last night in the oval office.

After that, mail for Obama will be handed over to the Former President’s Office or the President’s Library and Foundation. 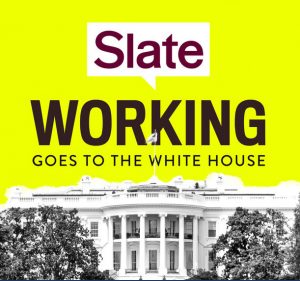 When the next President takes office, mail that arrived for them prior to January 20th will be waiting for them and the new staff of the Office of Presidential Correspondence.

A version of this piece originally aired on Slate’s Working podcast as part of a series on White House jobs produced by Jacob Brogan and Mickey Capper.