Ranging from modest cottages to multistory mansions, there’s no single aesthetic linking all of these structures, but they do share a common purpose: housing (and hiding) Toronto’s regional energy infrastructure. Walls, roofs, doors, windows and landscaping help create the illusion that these are simply ordinary buildings, but the giveaways are also in these details if you know what to look for. 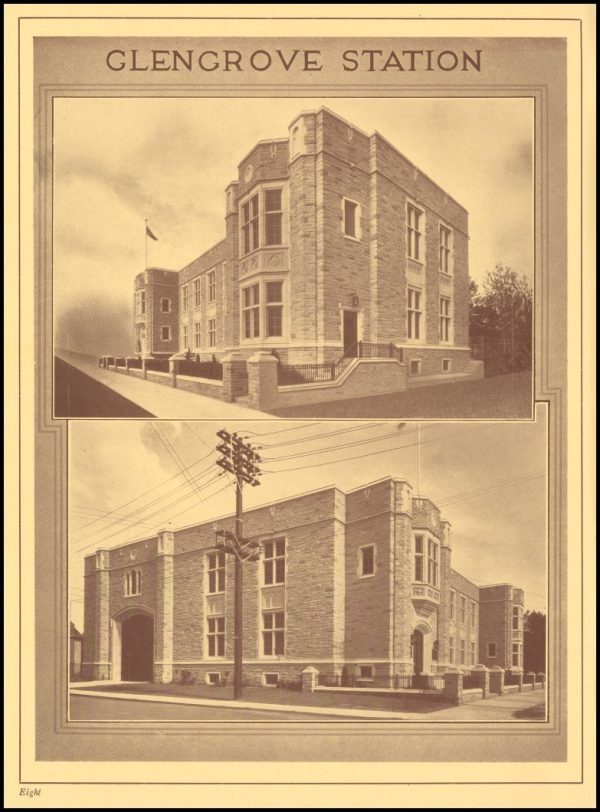 Toronto Hydro was established way back in 1911, the same year electrical power from the massive new generators at Niagara Falls first lit up the city’s downtown streets. For a time, electrical substations were constructed to be aesthetically pleasing, but in large and impressive ways, like civic institutions. It wasn’t until the post-WWII construction boom that they began to be disguised as actual houses.

Most of these house-shaped substations are variations on a half-dozen base models, designed to fit into different kinds of neighborhoods. Since the mid-1900s, Toronto has constructed hundreds of these structures (some have since been demolished). The results span a stylistic spectrum from ranch-style homes with asymmetrical rooflines and post-and-beam construction to faux-Georgian mansions with gabled roofs and triangular plinths above the doors.

Generally, “breakers and voltage dials are located in the main part of the house,” explains Chris Batement, while “unsightly heavy equipment necessary for converting high voltage electricity to a current suitable for domestic consumption [is] usually in a brick building at the rear.” Inside, they are mostly barebones, like movie sets, with a few amenities (like restrooms and a smattering of chairs) for visiting engineers.

Some of them are quite convincing at a distance, but many have tells upon closer inspection that an observer can use to pick them out:

In short: they stand out because they look ever so slightly different from what’s around them in terms of aesthetics, scale or other details. And then, of course, there is the fact that the plans were reused over and over, making them easier to identify if you’re familiar with the set.

This phenomenon is not unique to Toronto, though the area has produced a particularly high concentration (and especially convincing set) of camouflaged substations. Today, only around 80 of these remain in the area, many of which can be found using the map below.