There are lots of reasons to build underground. In Singapore, there are skyscrapers being constructed under the earth because the country has run out of space on the surface. In Toronto, Canada, there’s a network of tunnels called The Path that connects the whole downtown, so people never have to go outside in the winter. And then there is the curious architecture known as “the doomsday bunker.” According to author Bradley Garrett, for those of us who live in suburban and rural areas, it’s likely a neighbor has a bunker underneath their home that we’re totally unaware of. “Once you start looking,” says Garrett, “you see bunkers everywhere.”

Garrett’s new book is Bunker: Building for the End Times. He says that people have always built underground survival shelters to stay safe from plagues or floods. But in modern history, humans have really outdone ourselves. There are tens of thousands of government and military bunkers around the world, and potentially even more built by private citizens.

The first wave of bunkers was constructed during the Cold War when governments around the world were anxious about the prospect of nuclear war. Some governments decided to build underground shelter space on a massive scale. Switzerland famously passed a law making it mandatory for the government to provide bunkers for every Swiss citizen. But in the United States, the decision was made to build fewer bunkers, because of the astronomical cost. Estimates provided by the United States government projected it would cost the government’s GDP for an entire year to shelter the whole population.

Instead, a decision was made to build bunkers for American politicians and their aides, but not their families. In 1961, President John F. Kennedy made a famous speech warning Americans about the dangers of nuclear fallout, and advocating for more bunker space as a key defense against the Soviets. This warning triggered the first “doom boom” and a multimillion-dollar industry sprung up overnight of private contractors rushing to excavate people’s backyards and build nuclear fallout shelters. Today, Garrett says we are living through a second doom boom, with people of all stripes building underground emergency space all over the world. 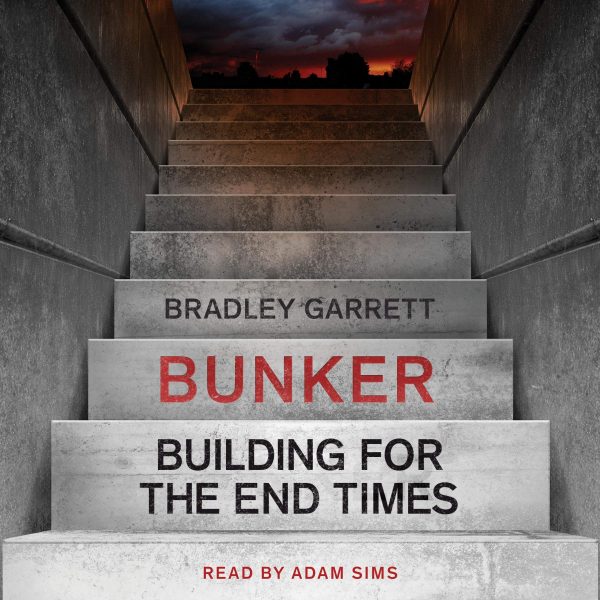 In this discussion, Garrett explores the rapidly growing movement of ordinary citizens “prepping” for social and environmental collapse. From government-run facilities in the American Midwest, to eco-fortresses in Thailand, to luxury condos deep within the earth… Garrett shows us that bunkers are all around us.

Previous Episode: Stuccoed in Time
Next Episode: 12 Heads from the Garden of Perfect Brightness