A few months before the end of the world, everyone was saying their goodbyes.

The world that was ending was “The Sims Online,” an online version of The Sims. Even though The Sims was one of the most popular computer games ever made, the massively-multiplayer online version did not do well.

Despite rebranding the game as “EA-Land,” sales did not improve, and EA Games decided to pull the plug.

EA-Land was not a normal video game. There were no monsters, no killing, and although it had some competitive elements, for many players the point was just socializing.

It was just a place to get together, chat, and meet strangers. It was a nice place. It was intimate.

And it was slated for virtual apocalypse.

Most games are easy to archive. For a game like Pac-Man, all you need to do is preserve the cartridge and the console. But the heart of EA-Land was the community of people using it. If you only saved the computer coding and opened it up years later, all you’d have is an empty world.

Enter Dr. Henry Lowood, an archival researcher at Stanford and head of a project called How They Got Game, which chronicles and preserves what happens inside of digital games and simulations. He wanted to capture the social relationships that would be lost when EA-Land went dark.

Lowood studied the final moments of EA-Land. It was like standing on the deck of the Titanic.

When EA Games pulled the plug on the server, bits and pieces of the world started disappearing. The environment began to disintegrate. The texture on the trees flickered. All the people froze and blinked out of existence.

The last thing they saw was a blue pop up window: “Network Error — Lost server connection”. 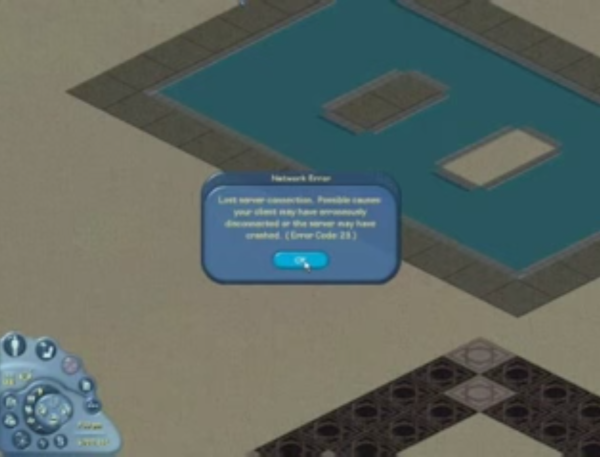