Before I moved to Chicago in 2005, I didn’t even know cities had their own flags. In Chicago, the flag is everywhere. It’s incorporated into all different aspects of city life and the design elements are used on businesses, websites, clothing, and apparel. So when I moved back to San Francisco in 2008, I looked up our city flag and wondered why I never really noticed it before. Ugh, now I know. Ted Kaye, the editor of Raven, a scholarly journal of vexillology, and treasurer of the North American Vexillological Association, helps me understand the principles of good flag design and imagines a better flag for the greatest city on earth (IMHO). 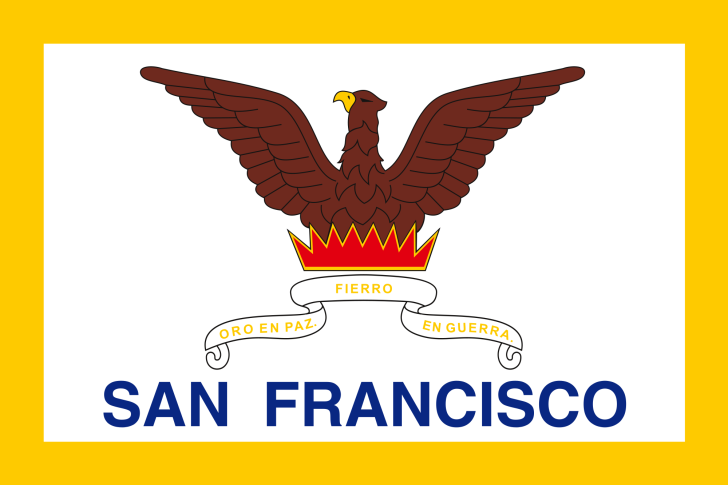 Here is the booklet Ted Kaye wrote on the five principles of flag design, Good Flag, Bad Flag- How to Design a Great Flag. I only cover a couple of principles in the radio story. NAVA distributes this freely online and in print, just so good flag design principles will be better used and understood. Don’t you just love those guys?

In 2004, NAVA conducted an online survey ranking 150 city flags from across the US. The respondents to the survey were NAVA members, as well as the general public, so the results don’t necessarily reflect the five principles of NAVA, but oddly enough, the rankings pretty much fall in line with the vexillological mindset. HOWEVER, my beloved Chicago flag did not win! Washington DC took the prize (although Ted Kaye says that they were statistically in a dead heat). Here’s Washington DC: 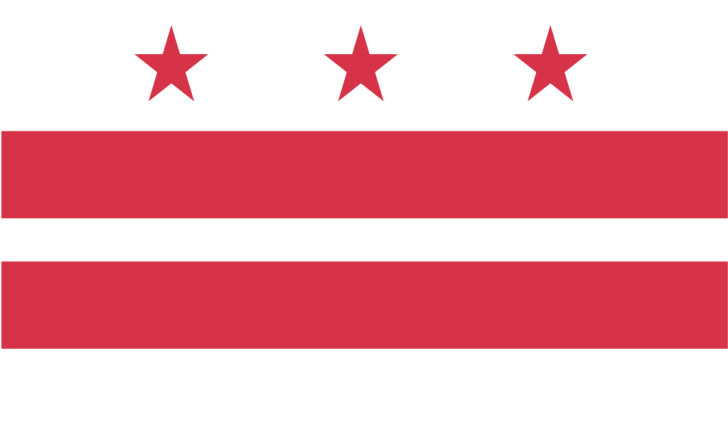 Just so you understand I’m not some heartless “design uber alles” bastard with no sentiment or hometown pride, I must admit, even though it violates a lot of the same principles as the dreaded San Francisco flag, and ranked lower on the NAVA survey (all the way down at #47), I kind of like Oakland’s flag: 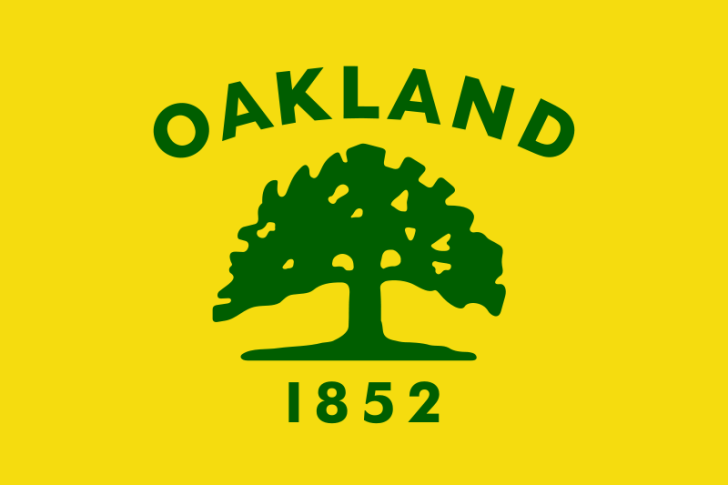 Although, I do think we can dispense with the name and the date. The image of the Oak has great significance in Oakland. It’s used throughout the city and has been adopted as a symbol of Oakland pride. Also, the colors you may recognize as those of the Oakland A’s, which is a nice tie-in that further grounds the flag in the culture of the city. What can I say? I dig it.

Want a peek at the worst city flag in the history of ever?

I wouldn’t be so proud. It has a trademark symbol on it!

So, let’s hear it! Those comments aren’t going to fill themselves! Favorite flag? City, state, country, tribe, whatever. What elements do you like on a flag and what elements just bore you to tears? I personally can do without most simple tri-color flags, even though they are right in line with vexillological standards. Your turn…

One more thing: The 44th Annual Meeting of the North American Vexillological Association is being held in Los Angeles this weekend (Oct 8-10, 2010). If I were in the Southland, I’d be there in a heartbeat. Quoth the website, “[it’s] an exciting flag-filled weekend of camaraderie.”