At the top of Mt. Olympus in San Francisco, on what was once thought to be the geographic center of the city, is a pedestal for a statue that isn’t there. There’s no marker. You can just make out the word “erected” on the stone surface, but there’s nothing that lets anyone know that this was once the site of San Francisco’s own (much, much smaller) statue of liberty and light. It is now surrounded by 1950’s condos, and even though it offers some of the best views of the city, I’ve only met two people who have even heard of it (and I asked around a lot). CCA architecture historian Bill Littmann shows us around. What does it mean when an object representing light and liberty is neglected and mysteriously disappears? 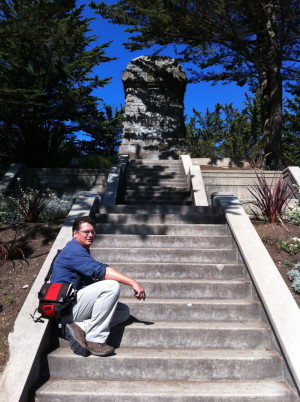 If you have the opportunity to walk around the city with Bill Littmann, you are hereby ordered to do so. Bill is a scholar of vernacular architecture and has an infectious ability to find the beauty and significance of every human-made structure. 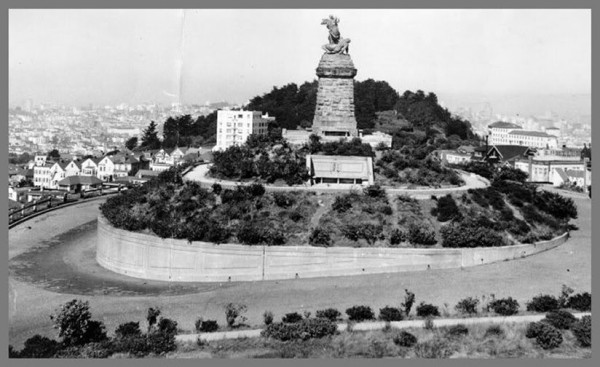 Here’s the most comprehensive article about the statue I’ve found on the web.