The name is important. It’s the first thing of any product you use or buy or see. The tip of the spear. You are bombarded by thousands of names every day.

In this daily barrage, only the names that are most interesting and most pleasant on the tongue can survive in your memory. So it’s no surprise that companies—especially large ones like Sony or Procter & Gamble—hire naming companies.

That is, there are companies  that come up with names for things. Cars, lines of yogurt, iPhone apps, small businesses, sodas, movies, and even theories have all been named by professionals.

Now, we’ve all come up with names before—for pets, or children, or bands, or blogs. But when it comes to designing a name for a business or a product,  there are a number of additional factors to consider.

The word “Elements”  took a lot of work.

Photoshop was looking to market a less-expensive version of their software, which they wanted to market as having all the capabilities of regular Photoshop but without many of the “bells and whistles.” Adobe hired Oakland-based naming company Catchword to come up with something. Catchword went through a month-long exploration of every word that might apply: “essentials,” “basics,” “light,” etc., but they all sounded compromising.  Finally, they came across  Elements, which implies  both simplicity and necessity; the parts that are basic but important.

(Catchword, by the way, got its name from the guiding words at the top of the dictionary pages. Those are the catchwords.)

There are really only a handful of businesses that deal exclusively in names, and their services can cost thens of thousands of dollars. In addition to coming up with names, they also determine what names are available for trademark, which URLs are available, and they conduct linguistic checks to ensure that potential names are pronounceable, unique, and appropriate in languages around the world.

Linguistic checks can be vital: Catchword was once naming a toy and one of the names they  had come up with for it turned out to mean “a small device that doesn’t work” in Japanese. So they ruled that option out.

More than anything else, Catchword just produces a ton of names. They see a direct relationship between quantity and quality, and casually remark that the first 500 names anyone comes up with are going to be obvious and uninteresting.  Catchword will generate more than 2000 names per client, 30 to 50 of which they will present as viable options.

And they can come up with so many names because they make names across a naming spectrum:

At one end of the spectrum you have descriptive names, which just describe what the thing is—like Raisin Bran, and Shredded Wheat.

Descriptive names can be great because they’re self explanatory. But they are also hard to own. In fact, neither Raisin Bran nor Shredded Wheat is trademarked. Anyone can make a cereal and call it raisin bran or shredded wheat.

The other big drawback to descriptive names is that they can be  limiting. National Public Radio changed its name to NPR so that they wouldn’t be limited to just one medium.

Descriptive names contributed to the downfalls of a lot of specific start-ups in the ’90s, like estamps.com, which had trouble expanding services beyond its name.

All the way on the other end of the spectrum are so-called “Arbitary” names, which don’t tell you anything about the product or service. Like Apple.

Arbitrary names allow for flexibility—in Apple’s case, they used to only make computers, the name allows them to make anything.

Arbitrary names can also be completely made up. These kinds of names are called “empty vessels.” Names such as Hulu, Exxon, and Kodak mean nothing on their own, and were largely chosen because they are short, unique, and sound appealing.

Arbitrary names and empty vessels are easy to trademark, easy to get the domain name for, and are usually good in languages around the world.

Drawback:  they are hard to market. You have to put a lot of money behind these kinds of name to tell people what they mean. You would have no idea what Amazon sells or does if they didn’t have the budget to tell you about all their services.

Most names fall somewhere in between the two poles of descriptive and arbitrary names. These are “semi descriptive” or “suggestive” names. Like Microsoft, which kind of says “software for microcomputers,” but not explicitly.  Microsoft is a “coined word”—a word that doesn’t exist in an english dictionary, but is made up of familiar words, word parts, or sounds. Spotify, Nespresson, and Netflix are also coined words. They sound like English words but they’re not.

A few miles away from Catchword is another naming company called A Hundred Monkeys. (A Hundred Monkeys got its name from the idea that if you put a hundred monkeys in front of a hundred typewriters, you’re bound to get a good name. It’s a joke about the process.)

A Hundred Monkeys doesn’t make coined words or empty vessels. They prefer to come up with names based around a narrative: ones inspired by anatomical charts, constellations, secret service codenames, rundown theaters, types of wind and ocean currents. They strive for names that lead to conversation. They have named  Front Porch Senior living communities, The Lot (Rhode Island’s  state lottery), and Start Here  Microsoft Windows tutorial. They also named Conditioned Hypereating, a theory for how fast food companies design food to make it irresistible.

Rather than a naming spectrum, A Hundred Monkeys sees more of a sort of name taxonomy, in which classifications break down into 25 categories of names.  Some examples:

The takeaway is this: if you have enough money, the name can be anything. When the iPad was about to come out, everyone thought it was a really silly name. You heard all kinds of sanitary napkin jokes.

Now, through sheer force of will and advertising dollars, you don’t think twice about the word “iPad.”

But some names are just unsalvageable. 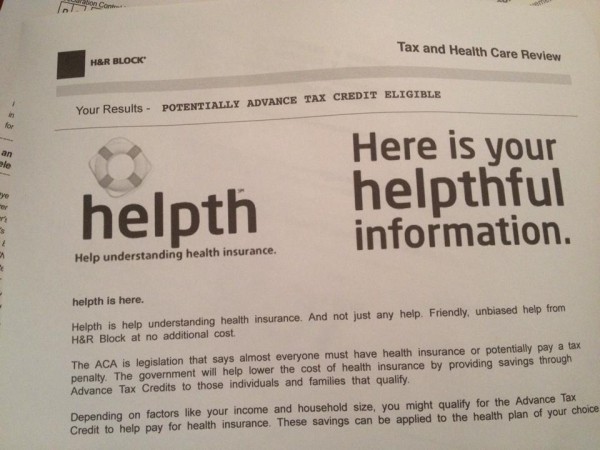 We asked both companies we spoke with to come up with names for the episode. Here’s what they sent us:

Catchword: For Name’s Sake; Kickin’ Ass and Makin’ Names; Name, Set, Match; Names In Lights; Nerds of Naming; Nerds of Words; The Dub Hub (Or, Dub Steps, though it is less transparent); The Game of the Name;  The Name Changers; The Name Droppers; The X Names; You Name It (or Rather, They Do)

A Hundred Monkeys: Namesake; By any other name; Call it like it is; Name dropping

And yes, Clem, it turns out you were right. Blue Ruin. Someone’s got that job.