Given the bonds between the United States and Europe in the wake of World War II, it is hard to imagine America’s United Nations headquarters located anywhere but the East Coast, yet hundreds of locations were considered, including the Black Hills of South Dakota. 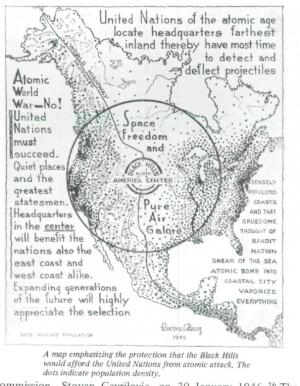 There were a lot of arguments put forward by advocates of this location, positioned roughly in the center of the country and thus more equally accessible to visitors from around the globe. Matt Armstrong, a scholar of international affairs and public diplomacy, notes that “Asian nations weren’t keen on a headquarters on the East Coast and Europe didn’t like the idea of placing it on the West Coast.”

Paul Bellamy, a South Dakota businessman who had lost a son in WWII, was a big proponent of a middle-ground solution involving his home state. The idea of a location far from populated areas in case of nuclear attacks was also appealing to some, or at least: part of the pitch. This rural UN HQ would be put near Mount Rushmore, still in progress at the time, but would also allow for plenty of open space into which to expand as needed. Promotional material also boasted an abundance of high-quality building stone as well as “cool lakes, gushing trout streams, and the eerie Badlands teeming with fossil treasures.” Essentially, it was the best of both worlds: a kind of urban oasis surrounding by an array of wonderful natural environments. 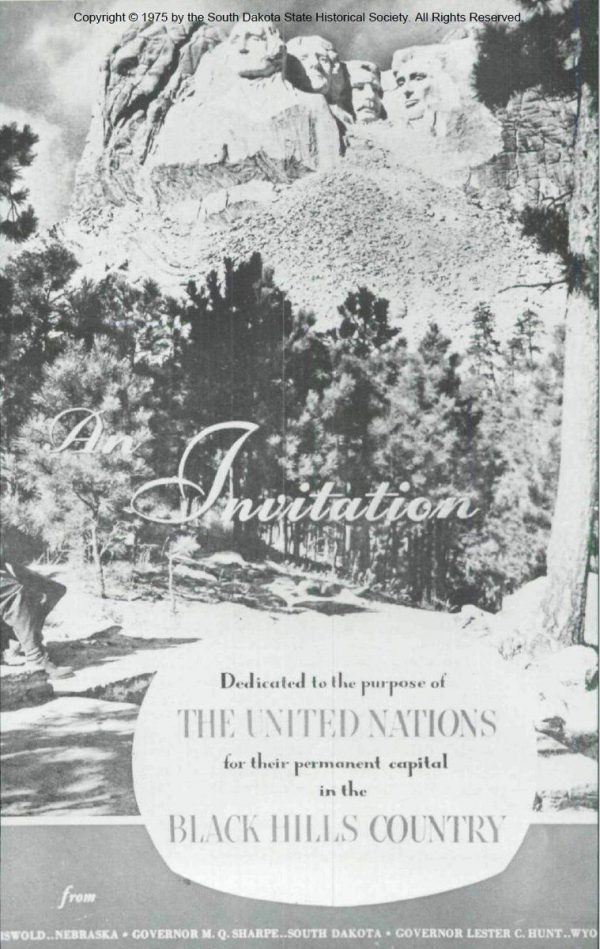 Renderings of this potential wonder of engineering and architecture depict a massive superhighway connecting visitors to rings of roads housing embassies and offices for various nations from around the world, thousands of parking spots and huge gathering spaces. 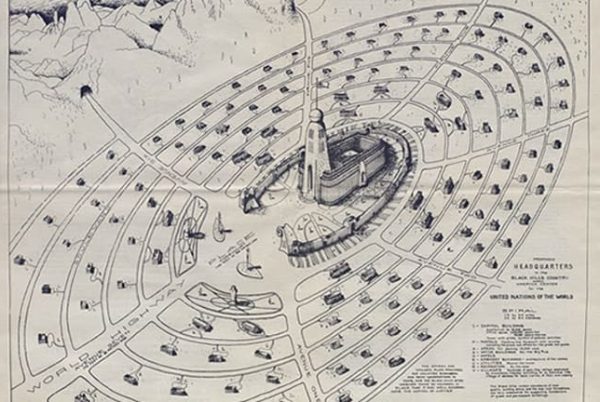 This ambitious proposal, though, faced a lot of competition. According to Charlene Mires, author of Capital of the World: The Race to Host the United Nations, nearly 250 locations were considered. Bellamy himself flew all the way to London to present the idea, and pass along South Dakota’s offer of 100 square miles of free land, only to be rejected. 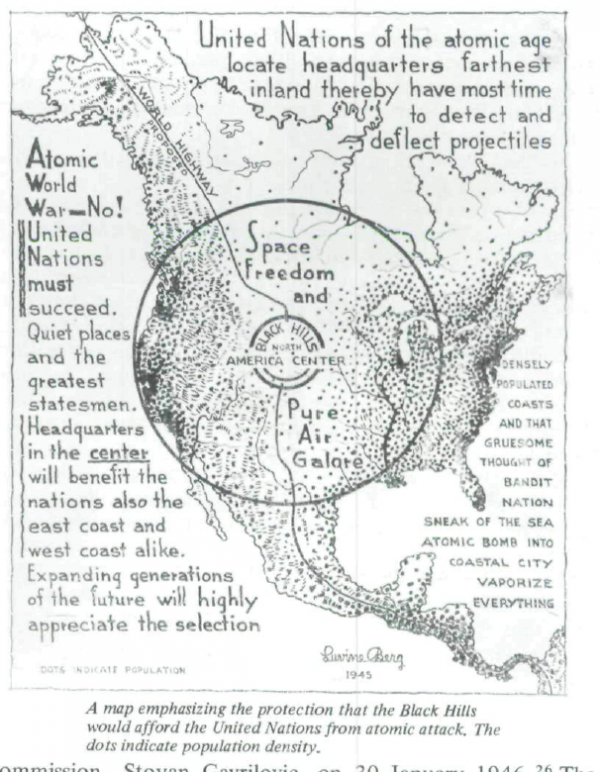 Initially, the UN planning commission settled on a headquarters location somewhere outside of New York City, changing their minds when John D. Rockefeller, Jr. offered up six square blocks of prime real estate in the heart of Manhattan, settling the matter for good.

Armstrong, who sent in this story idea to 99% Invisible, writes he “can’t help but wonder how the UN may have functioned differently if it were located outside of cosmopolitan NY. Certainly, the architecture and integration of nature into the building and grounds would have made for a different feel, in addition to being away from a major city” and instead embedded deep in the heart of the American Midwest.