Svalbard is a remote Norwegian archipelago with reindeer, Arctic foxes and only around 2,500 humans — but it is also home to a vault containing seeds for virtually every edible plant one can imagine. The mountainside Crop Trust facility has thousands of varieties of corn, rice and more, serving as a seed backup for humanity. For each crop, there’s an envelope with 500 seeds. 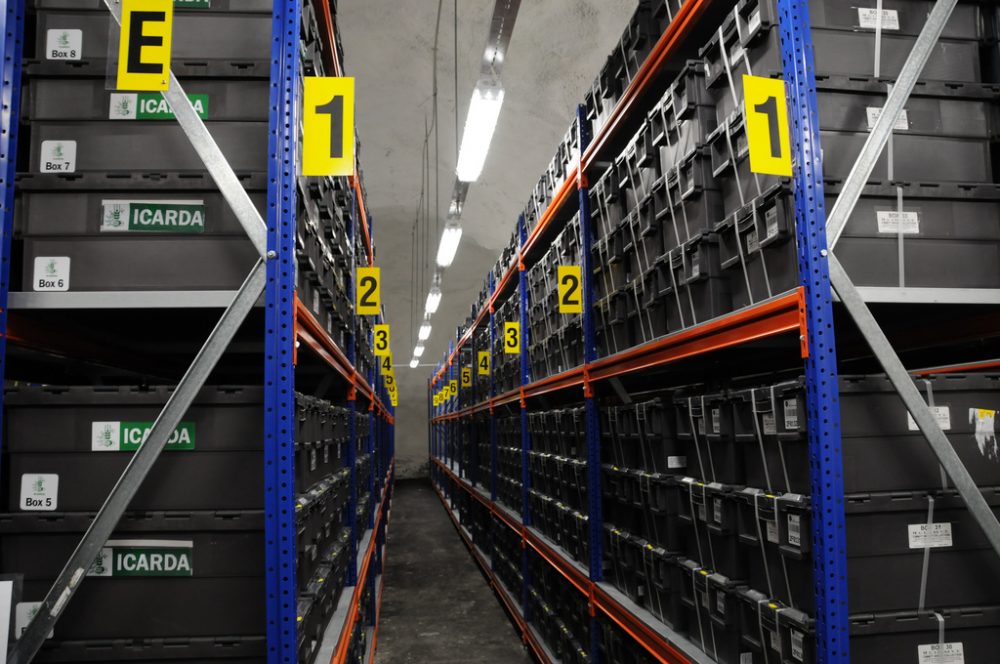 This featured episode explores an unusual reserve of invaluable resources. It is designed to be egalitarian, beyond everyday politics and international strife. Any nation can store seeds in the vault for free, making the vault a sort of world peace zone. South Korea’s seeds sit next to North Korea’s. Ukraine’s are right next to Russia’s. Protecting our food supply is one thing the whole world can get behind. 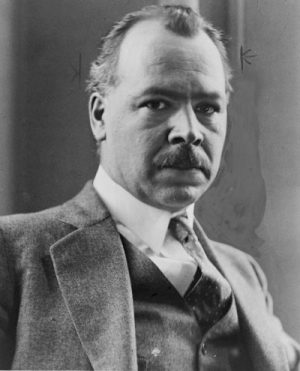 The vault’s origins start with one man during World War II — a global existential crisis if ever there was one. His name was Nikolay Vavilov and he lived in what was then the Soviet Union. He grew up during some intense famines in eastern Europe, and he was determined to never let them happen again. As Vavilov began his work as a botanist during the 1920s, he developed an idea: maybe collecting the seeds, and understanding how crop diversity across the world works, could help to fight off crop failures and to prevent famines. Vavilov and a team began gathering hundreds of thousands of different kinds of seeds from 64 countries during more than 100 expeditions. 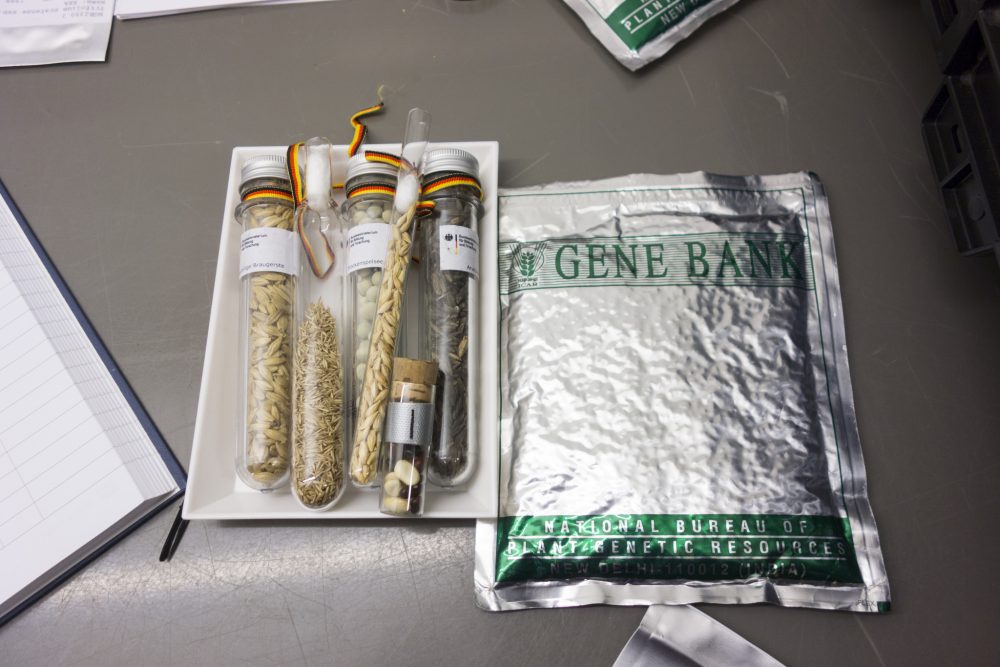 Vavilov’s team continued his mission through the siege of Leningrad, which lasted almost two and a half years. More than a million people died — half of them from starvation alone. They persisted even when they were starving and the seeds they were protecting could have saved their lives. In total, twelve scientists perished protecting seeds. Vavilov himself starved to death in prison. But the seeds survived. 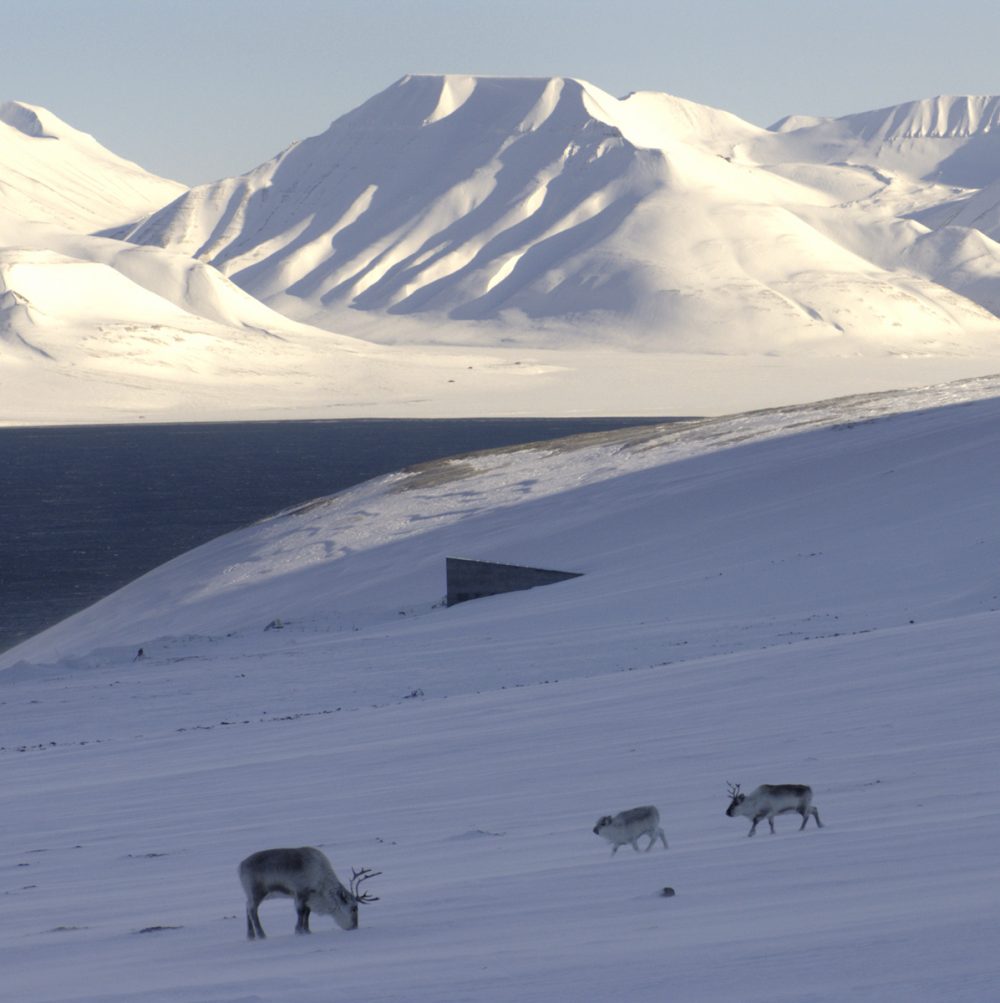 The Svalbard vault is a direct descendant of this legacy, and the building in St. Petersburg where Vavilov first began his work is now the Vavilov Institute of Plant Industry.

The Svalbard Global Seed Vault may be the most famous such facility in the world, but it is not the only one. 99pi producer Emmett Fitzgerald looked into another seed bank in Syria, run by the organization ICARDA (International Center for Agricultural Research in Dry Areas). He spoke with the former director Mahmoud Solh. Like Nikolai Vavilov, when Dr. Solh was a young plant scientist he set off on his own seed collecting journey. He made his way through Central Asian countries including Jordan, Lebanon, Iraq, Turkey and Afghanistan.

Dr. Solh drove all over Afghanistan in a Jeep looking for wild lentils and chickpeas. The seeds he gathered were the beginning of the ICARDA collection. ICARDA stores seeds and breeds plants that can help farmers in dry parts of the world. They have one of the world’s largest collections of drought tolerant seeds, including thousands of varieties of barley, lentil, and fava beans.

For years this collection was stored in a facility in Aleppo, Syria, but when the violence in that country broke out in 2011 the plant scientists started to get worried about their seeds, and so they sent seeds to other seed banks around the world before they were forced to leave Aleppo.

Cary Fowler, the founder of the Svalbard Global Seed Vault, ended up calling Dr. Solh and inviting him to store some ICARDA seeds up in the Norwegian Arctic. “We got them up to Svalbard,” he recalls, “and when it became clear that those researchers were not going to be able to go back to their institution and they had re-established themselves in Morocco and Lebanon … they asked for their seed collection back so they could re-establish their seed bank.”

This was the first time that anyone had taken seeds back out of Svalbard, and they used those seeds that had been stored in Svalbard to create two new seed banks, one in Morocco and one in Lebanon. Cary Fowler says this shows that the seed vault can function like a back-up hard drive. And he points out that when it comes to our food supply, the risk of not having good backup is really high. “In the past this kind of event would likely have led to extinction. And in this case I think it’s pretty clear that that would be the extinction of something terribly valuable to world agriculture … because in the future you can imagine that drought- and heat-tolerant varieties of wheat, barley … lentils … chickpeas  and such are going to be in high demand.”

From Folly to Megastore: Inside the Great American Pyramid of Memphis,...

Initially known as The Great American Pyramid but... [Read More]