The state of Utah has about three million people, and a third of them live in one valley—surrounded on three sides by 7,000 foot mountains, and to the north by a great big salty lake. The valley is home to the state capital, Salt Lake City, and a bunch of other small cities and towns that, over time, have grown together, into one big mass.

One of the towns amid the sprawl is Midvale, which is home to the Applewood mobile home community for seniors. Applewood has just over 50 lots spanning around seven acres of land, and it looks a lot like the surrounding suburbs, but denser and with smaller homes.

They may look modest, but many of the houses are well-constructed and, on the inside, they can be quite spacious and defy reductive stereotypes. Resident Shirlene Stoven says visitors are often surprised by her space, and also argues that her “manufactured home … is built stronger and better than 90 percent of these little tract homes that you find” (like those in the images below).

Mobile homes don’t get a lot of love in our culture, despite being a key source of affordable housing stock in the United States. Throughout the 1990s, 66% of new affordable housing built was mobile homes. Shirline, a divorcee with grown children, bought her place in 1994, and was excited to buy a home of her own rather than paying rent.

But when you buy a manufactured home, the structure itself is only half of the equation. Then you need to find a place to put it. And Shirlene found what seemed like the perfect spot. A small, quiet mobile home park with an empty lot.

But there was a problem: the same dynamic that made this housing situation affordable for Shirlene also left her vulnerable, because the mobile home was hers, but the land underneath it wasn’t. 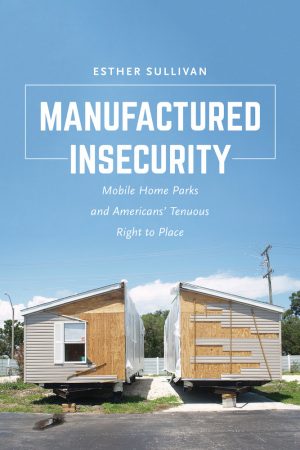 “Part of the paradox at the heart of manufactured housing,” explains Esther Sullivan, a sociologist at the University of Colorado Denver “is that it’s precisely the thing that makes it so affordable that also makes this a highly insecure form of housing.” She says that about a third of mobile homeowners live in parks like Applewood where they rent a plot of land for their home. She calls this arrangement halfway homeownership, because it’s filled with  uncertainty. The property owners can raise rents, or fail to maintain communal infrastructure, or even sell the park and evict everyone living in it. Often there isn’t a lot that residents can do.

For decades, the owner of Applewood took care of the park, and kept rents low and affordable. But in 2011 he got sick and sold the property. And one day the new owners informed the residents that rent was going to go up significantly, from $320 to $460 over the course of the next year. Then residents learned that they were planning to build an apartment complex right on top of the park. Since the residents didn’t own the land beneath their homes, there wasn’t much they could do to prevent eviction.

To understand how mobile home owners ended up in the precarious position of owning a home without land, one has to look at the early 20th century and the dawn of the automobile age. “People had cars for the first time,” explains Andrew Hurley, a history professor at the University of Missouri, St. Louis, “and could go out and explore America in a cost-effective way by attaching a little trailer to the backs of their Model Ts.” 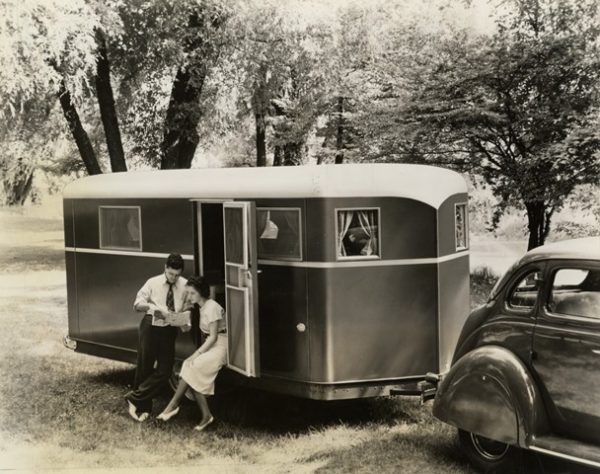 At first these “tin can tourists” were relatively wealthy, but then came the Great Depression, when migrant workers started living in trailers full-time as they traveled the country looking for work. These mobile home dwellers began setting up parks, which writings from the time period often referred to as slums. This was the beginning of the classist trailer stigma that is still around today. 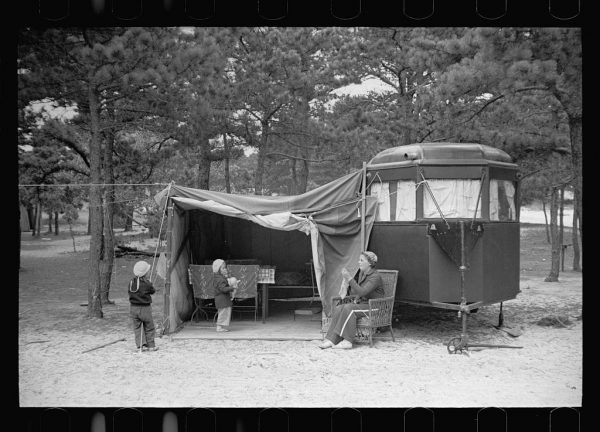 But the event that really solidified the trailer as a viable form of American housing was World War Two. As the conflict got underway, factories popped up in all of these remote parts of the country, and the government bought trailers to house the wartime workforce. 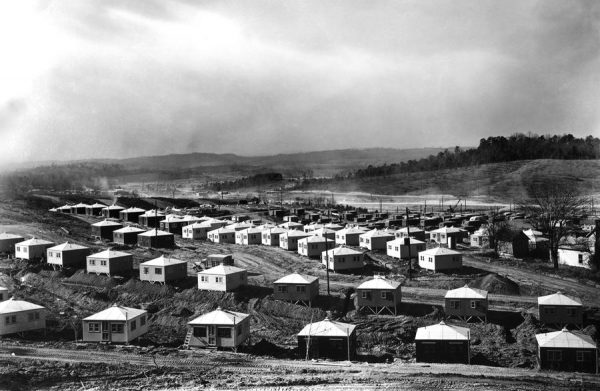 This was supposed to be a temporary solution. When the war ended, the expectation was that people would move back into conventional homes, but that didn’t happen. Instead, trailers remained an affordable housing option for people who didn’t have the money to buy a home in the expanding suburbs. As the government slowed down its investment into affordable housing, mobile home parks spread. 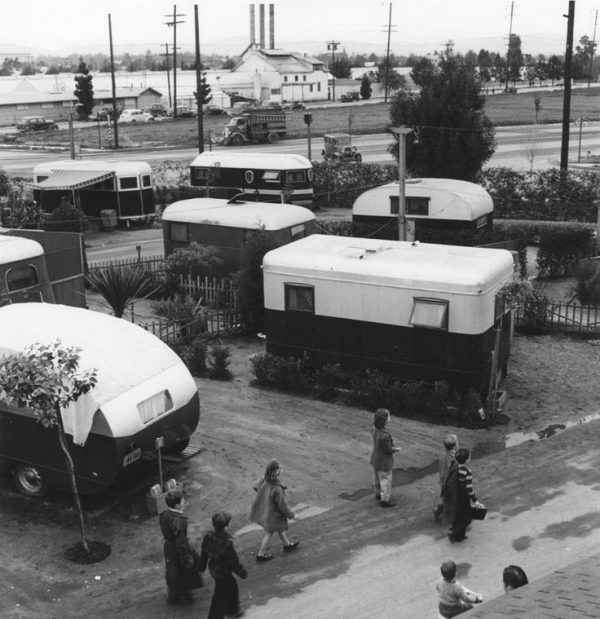 Through it all, mobile homes were never able to shake off the stigma that began during the Great Depression. People just did not want mobile home parks built in their backyard — and cities used all the tools in the urban planning toolkit to render mobile home parks invisible, sometimes requiring them to be walled off or screened from sight. 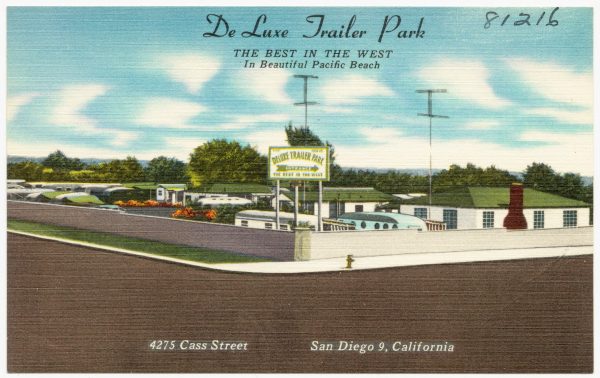 Often, these parks were located on marginal land on the outskirts of cities. Because mobile homes were legally classified as a form of transportation rather than housing, they could be built on substandard land that wasn’t zoned residential — separated from ordinary residences, they wound up in commercial and industrial zones. But as cities expand, that land has become more valuable, and increasingly the target of redevelopment plans.

Most people think of “mobile home parks” as being full of, well, “mobile” homes, but today most manufactured houses really aren’t made to be moved around a lot.  Trailers and RVs are one thing, but manufactured housing is made to be moved to a site, set down and lived in. The manufactured homes in a park like Applewood are more like conventional single-family homes than travel trailers. Today, the term “mobile home” is more or less a misnomer. Actually moving a modern manufactured home can cost thousands of dollars and risks serious structural damage to the home. Even if Applewood residents were willing to pay that price and take that risk, finding a new location would be extremely challenging. 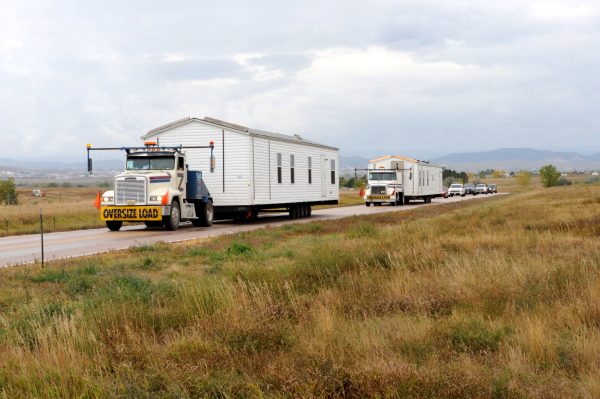 Shirlene Stoven says that if she got evicted, she would probably have to abandon her home and move in with one of her kids, and that just isn’t an option for some residents. She began organizing residents and rallying support to protect Applewood, arguing to the mayor and city council on behalf of herself and her neighbors.

Shirlene and the other residents of Applewood fought for several years to stay in their homes. There were a lot of twists and turns, late nights and a whole lot of emails, but eventually, after a lot of public pressure, the development company gave up on the project, and decided to put Applewood up for sale, so Shirlene called ROC USA.

“R O C stands for resident-owned communities,” explains Paul Bradley, the President of ROC USA, “and we help homeowners in mobile home parks buy their communities as a co-op.” Bradley has been organizing mobile home co-ops since the 1980s. In New Hampshire, where ROC is based, they even got legislation passed that gives mobile home owners a first option to purchase the land whenever a park goes up for sale. Today, over 25% of mobile home parks in the state are resident-owned.

Paul Bradley says that we need to build more affordable housing in this country, but he also wants to protect the affordable housing that we already have. Right now, mobile homes represent the largest source of unsubsidized affordable housing produced in the U.S. If we can help mobile home owners buy the land beneath their parks, then the risk of mass eviction disappears. So in 2008, Bradley launched ROC USA in an effort to spread New Hampshire’s cooperative ownership model nationwide — so far, they’ve been really successful, creating a network of over 220 communities and 14,000 homeowners in 15 states.

When Shirlene called Paul Bradley, things were not looking great for Applewood — the land had already been sold to two new developers for $4.8 million. But Shirlene and Paul approached the new owners and explained the situation. They talked about how difficult it would be to move their homes and asked if the new owners would be willing to sell the park to the residents. The new owners said that if the residents could come up with five million dollars than they would sell them the park. Individually, of course, no one living in Applewood could get a loan for that amount of money, but together, it was a different story. ROC USA was willing to give the residents a very low interest loan for $3.6 million. They also got funding from a low-income housing firm in Utah called the Olene Walker Fund.

Now, after four years of fighting for their little piece of ground, the land officially belongs to the Applewood Homeowners Cooperative. To pay off their collective mortgage, the residents agreed to pay $60 more per month than they had previously been paying in rent. That’s going to be a challenge for some of them. But the monthly costs should be stable from here on out, and they’ll no longer need to worry about eviction.

And they aren’t on their own anymore, either. ROC USA is helping them structure the co-op and deal with finances. And of course, a co-operative Applewood means cooperative living. There are lots of meetings and elections and committees, but they have an advantage: they have been a community for a long time. The co-op is going to be a lot of work, but at least for now, people are glad to be a part of it — and to finally own the land under their homes, together.