Hiking in the wilderness, one is apt to encounter as many attitudes toward gear as there are other hikers. Some will be outfitted with heavy, external-frame packs while others will be carrying so little one might wonder how they can even survive a single night in the woods.

“In the past, people wanted their gear to be rugged and sturdy,” explains Kelly Kate Warren, 99pi fan and de facto wilderness trail correspondent, “and there is still a huge amount of distrust of ultralight gear as being tough enough for hard use.”

As Warren started to make her way up the Pacific Crest Trail last year, she also began reporting in about the shifting attitudes toward equipment embodied in the gear of fellow hikers encountered along the way. “Ultralight culture is basically an extension of minimalism,” she says, “with the emphasis being on not needing much and ‘going without.’ There is definitely a lot of masochism mixed in.” The trend has been gaining traction, supported by a range of gear manufacturers.

In some cases, the trick is to make things multifunctional. Trekking poles, for instance, can be designed to double as tent poles at night,  and serve as tripods for cameras or fold out into fishing poles.

Essentials that hikers traditionally took for granted, like boots, are being reconsidered too. Companies like Altra Lone Peaks and Brooks Cascadia offer lighter-weight trail runners. Others, like Xero Sandals and Bedrock Sandals, boast even more minimalist footwear.

Framed packs are being traded in for frameless ones, and hip belts are being called into question as well. Warren lists off some of the major players pushing these kinds of changes: “Superior Packs, Hyperlight Mountain Gear, ULA Equipment, Enlightened Equipment Quilts, Zpacks, Kabatics, and Pa’Lante Packs all specialize in ultralight gear, and most of them started up in the last few years.”

Replacements have been cropping up for even the most fundamental and iconic unit of camping — the sleeping bag — with many people trading them in for quilts. “Enlightened Equipment is the most popular but Zpacks and Katabatics are also making quilts,” says Warren. 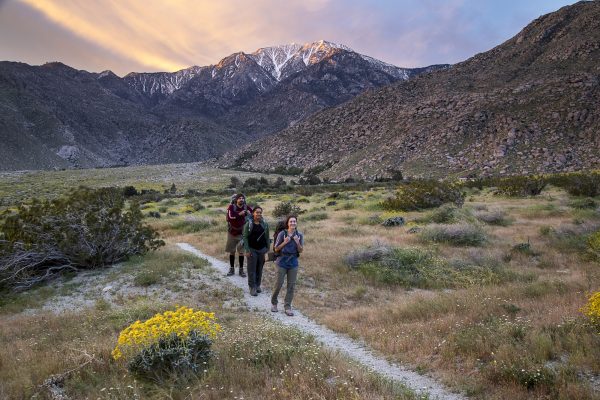 Small things also add up, like leaving stoves behind and sticking to cold food, ditching solar charges and even freeze-drying toothpaste. For many, the preoccupation with gear rises to the level of obsession. Warren observes that “Most conversations between thru-hikers are about gear. Seriously, it’s an obsession. People are constantly cutting weight in creative ways (cutting your toothbrush in half is like standard ultralight) and almost everyone alters their gear in some way to reduce weight.” Taken to extremes, the trend can be a bit elitist — not everyone has thousands of dollars to spend on gear that weighs slightly less.

There are of course good and legitimate reasons to travel light — more weight can lead to more injuries. “Shin splints, sprained ankles, torn ACLs, and pinched nerves can end a thru-hike,” Warren writes on her blog. Still, equipment selection is only part of a much larger equation — training can also help lighten loads by making hikers (like highly trained and heavily packed soldiers) able to carry more. Perspective and perseverance are critically important, too. “Good, expensive, comfortable gear will without question help you hike 2,659 miles, but so will tenacity, self-confidence, and the ability to tolerate suffering.”

Behind the Scenery (Act 2): How U.S. Trail Crews Work to Remain…

In the end, Warren has some advice for would-be hikers worried about gear: “Do not confuse owning things with belonging to a community or with being capable, and do not sacrifice your financial security to conform to a standard set by other hikers. Your body was designed to climb mountains and cross rivers, and it’s been restless as you’ve trained it to sit in front of a computer and wait in line at the bank.” So whatever you do, don’t forget that one critical and “incredible, completely free, irreplaceable piece of gear which is your own body. Enjoy its utility, treat it with kindness, and thank it for helping you.”