It seems counterintuitive, but there’s evidence that getting rid of signals, signs and barriers might actually make streets a lot safer. Towns all over Europe are starting to experiment with streets where cars, buses, bikes and pedestrians can travel freely in the same space.  99% Invisible teamed up with Vox to bring you this video story on how “shared space” approaches are challenging road design conventions:

There’s a spot in Google street view where you can witness a town undergoing this exact kind of transformation. In Poynton, England there used to be a mess of signs and lights, a few small sidewalks and some haphazard guardrails to keep pedestrians safe.

A few years ago, all of these were removed. The town spent four million pounds to expand sidewalk space and strip the city center of traditional demarcations. Now, the only marker left is this little sign denoting the “Poynton Shared Space Village.”

The concept is that the absence of separation will make everyone more cautious — so commuters slow down, make eye contact, and negotiate. And because cars don’t spend time waiting at traffic lights, it takes less time on average for them to get through the crossing.

Even when cyclists and pedestrians are absent cars drive slowly due to a something called “edge friction.” It’s the idea that nearby vertical elements in a driver’s peripheral vision (like trees or lamps) create a visual cue for how fast they’re going. On a highway, those are often totally absent, so the sidelines blur. In a shared space, those lines play an important mental trick to slow down drivers. 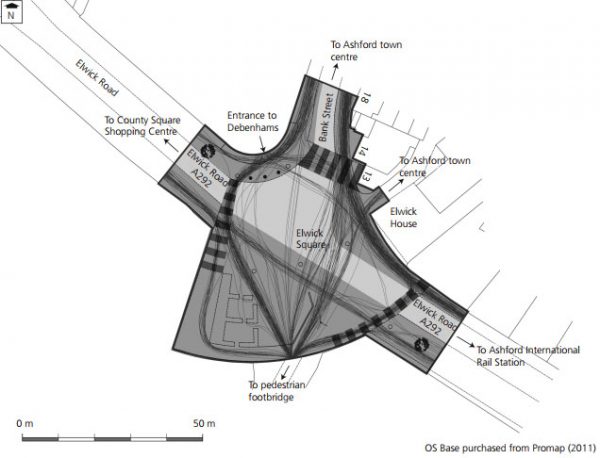 In theory, shared spaces work well for pedestrians, allowing them to follow their desired path while walking. Instead of being limited to a strict path, they can walk exactly in the direction they want to go. In practice, that doesn’t always seem to be the case — often, people will still walk where they would expect to see crosswalks. And those pedestrians frequently report that they prefer things the way they used to be — but the “way things used to be” is relative.

If you look at old footage of city streets in the early 1900s (or listen to the episode above), cars mixed freely with pedestrians, bicyclists, and streetcars. Vehicles couldn’t go very fast back then, so there wasn’t a huge concern about separating them from walkers and bike riders. 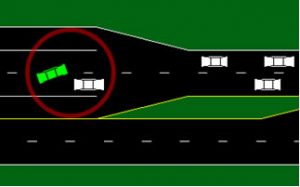 With plenty of city streets, that’s still the case without any intentional urban planning. But the big question is whether these deliberately stripped-down designs actually make people safer. It seems that in many cases, they do — we know that the number of accidents drops after shared spaces are installed. We also know that shared spaces are more free-flowing based on analysis of “traffic conflicts” (where someone makes an evasive maneuver to avoid an accident). But that doesn’t mean these designs work for everyone.

From the beginning, shared space designs have been under fire for providing insufficient protections for disabled pedestrians, especially the visually impaired. A 2015 House of Lords report called for a temporary ban on shared space designs. And in August of 2016, a select committee of the House of Commons launched an inquiry into the accessibility of such environments. Their final report in April of 2017 asked the government to put all shared space schemes on hold until they improved the process of consulting disabled communities. 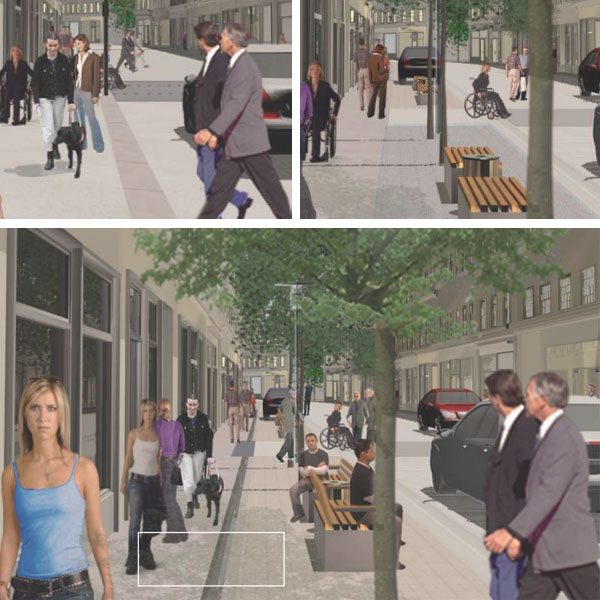 Preliminary designs by groups like the Danish Building Research Institute hint at what a balanced approach might look like. They include both the mixed traffic of shared spaces but also raised street textures and button-activated crosswalks for pedestrians with disabilities.

Shared spaces can be effective, but for this kind of plan to function well across communities, a lot more research is needed to determine what will work in different places and serve the needs of all the people sharing the streets. This will also require a radical rethinking of how we move through our daily lives, raising questions about signs and infrastructure we see everywhere but take for granted — and it will mean rewriting the rules of what a city can look like.