All over London, upcycled stretchers from World War II can be found on public display — not as monuments or memorials, but as everyday elements of urban infrastructure. Many housing estate fences, initially stripped for critical materials to aid the war effort, were reconstructed with stretchers suspended between vertical supports.

Over 600,000 steel stretchers were built by Air Raid Precautions (later: the Civil Defense Service), an organization dedicated to protecting civilians during air raids leading up to and through the Blitz. They were made of metal so they could be easily disinfected in case of gas attacks. 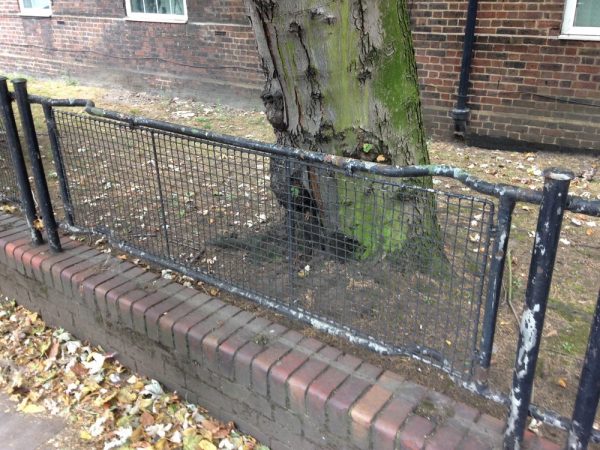 In the wake of the war, the London County Council began utilizing these surplus stretchers as railing fixtures. They are easy to spot if you know what to look for — most are black with wire mesh and curved supports used to lift a stretcher up off the ground. 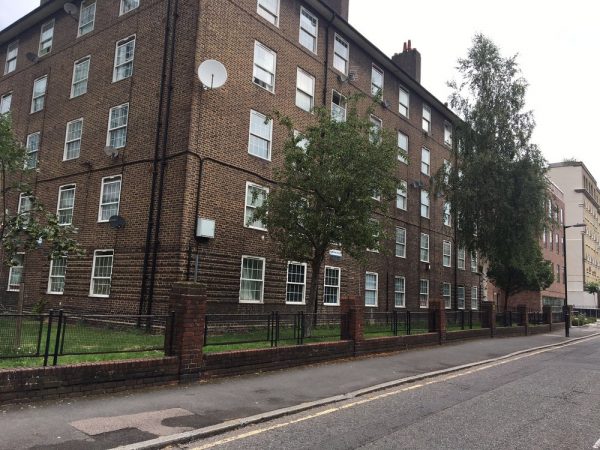 Estates in places like Peckham, Brixton, Deptford, Oval and East London still feature surviving stretchers. Exposed to the elements, though, many are deteriorating and some have already been taken down. 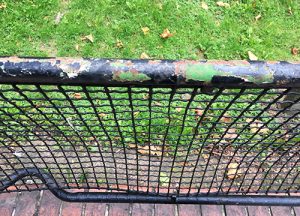 “Some local authorities have removed sets of railings in recent years due to their degradation,” explains the website of the Stretcher Railing Society. Their organization “believes that these railings are an important part of our heritage and should be preserved as an integral element in the fabric of these iconic mid-century housing estates.”  They’re raising awareness and get both citizens and local governments involved in preservation efforts.

“When … someone told me about them, I think was slightly taken aback and I think it was more of a human connection to them, really,” architectural conservationist Rosie Shaw told the CBC. “To look at the volunteers who were using them and the lives that were saved [or] maybe lost on them … I think that’s why so many people have responded to them in the way that they have.”

Previous Episode: Parisian Treescraper: Vertical Mixed-Use Planter Will Also Have Room for People
Next Episode: Crash Course: Are We Headed for an Autonomous Utopia or Driverless Dystopia?