Larger elephants require hundreds of pounds of food per day, making farms tempting targets for easy meals. The task of fending these animals off can be both monumental and dangerous for African farmers. At a scale that would solve the problem, traditional fencing is simply cost-prohibitive. A strange array of alternate design solutions have been developed over time, culminating in what may be the sweetest solution yet: the use of tiny honey bees to ward off the world’s largest land mammals.

Some farmers stand watch, manually guarding against would-be pachyderm invaders with bright flashing lights, loud sounds (car horns, firecrackers or rifle shots) and other deterrents. This approach is extremely labor-intensive, requiring round-the-clock vigilance, and can be hazardous as well, to humans and potentially to elephants (in cases where those rifles are loaded). Attempts to automate sound and light deterrents can work for a time, but these are intelligent animals: they get used to repetitive noises and have been known to stamp out or even use water to extinguish perimeter fires, torches and lamps.

Geo-fencing solutions are used in some areas with radio-collared elephants; when the animal passes through an invisible barrier, a text message is sent with its GPS coordinates to a local ranger, who hops in a truck and comes to scare or lure the elephant away. Electric fencing and stone walls can work, but, like any barrier-based solution, these tend to be expensive. Planting elephant-enticing crops away from farmland can help attract the animals, while planting chili peppers around fields helps repel them (and provide a cash crop). All of these solutions are piecemeal, and none of them is perfect. 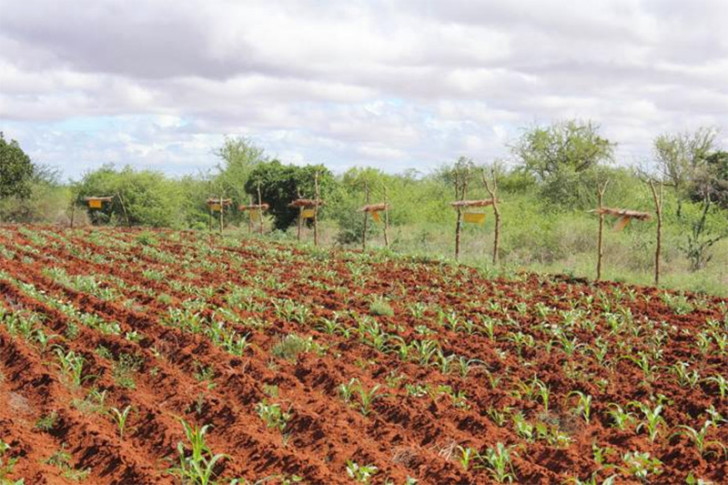 The latest in this long line of defensive strategies is particularly ingenious, both in its relative simplicity and associated fringe benefits. Elephants have an innate aversion to bees. Biologists have exploited this to design a beehive fence system. When an elephant crosses a trip wire, a slim line gets pulled and the hives are disturbed, resulting in an angry fleet of flying bee attackers. The thick hide of the elephant protects their outer surfaces, but the insides of their trunks are their critical weakness: these soft surfaces are vulnerable to stings. Thanks to elephants’ evolved aversion, even the passive sound of bees becomes part of the deterrent strategy. 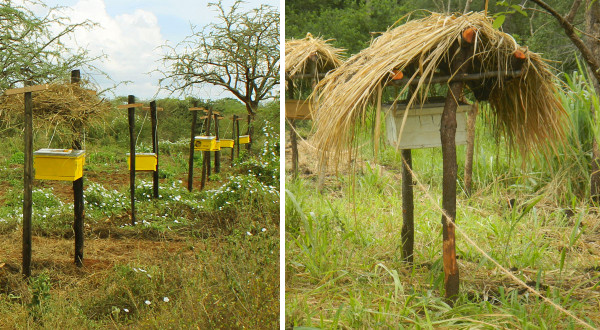 Unlike other “organic fences” around the world (like marigolds or coyote urine, deployed to ward off smaller species like deer and bunnies), this approach solves more than just a pest problem. Stationing a hive every 30 feet is sufficient to create a complete, invisible barrier that repels elephant incursions, but the bee colonies, in turn, also help pollinate the crops on the farm. The hives also produce honey, which increases and diversifies income sources for farmers. Beekeeping is already an entrenched tradition in many parts of Africa, making the integration of bee-based fences more natural in many places. In some cases, it simply involves reorganizing farms that already keep bees. 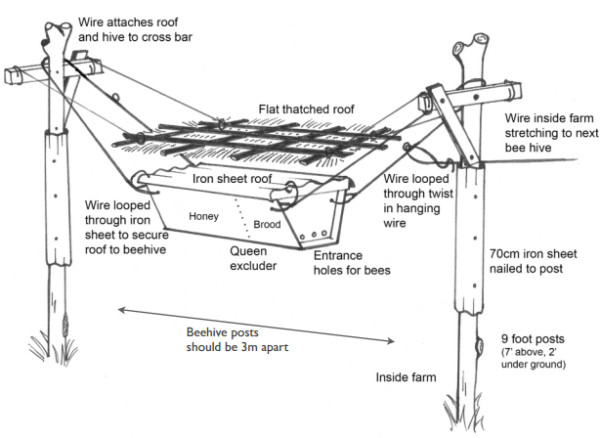 The Elephants and Bees Project, an undertaking of the Save the Elephants charity, has developed and released a free manual with step-by-step instructions for constructing beehive fences from different types of hives, including off-the-shelf models and homemade variants. Save the Elephants also explains various larger-scale benefits to the environment associated with this approach to deterring elephants:

Indirectly, the project supports an increased honey bee population in farming areas which are experiencing human expansion and development. Often such expansion includes negative activities such as overgrazing, land clearance and charcoal burning. Additional bee pollinators in such areas should help to increase pollination rates of natural vegetation such as trees, bushes, flowering shrubs and wild grasses. This not only increases quality forage for livestock but also maintains a carbon sink for storing atmospheric carbon. Additionally, farmers might begin to see beekeeping as a more sustainable and financially viable alternative to charcoal burning as one tree can support many beehives for many years, but only produces one bag of charcoal once. 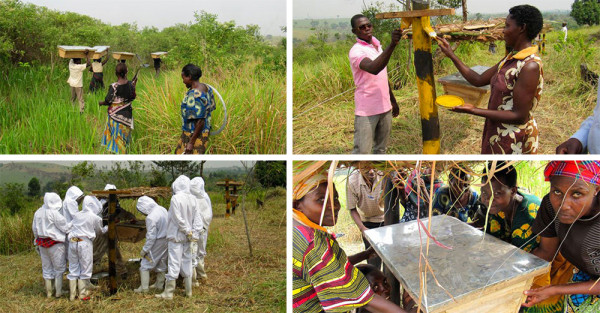 Beehive fences were field-tested by the Elephants and Bees Project in communities around Kenya with a high success rate. Since then they’ve been deployed in other countries including Botswana, Mozambique, Tanzania, Uganda, and Sri Lanka.

At a few dollars per meter, beehive fences are cost-effective, and the honey yields can help offset the expense partially or entirely over time. Dummy hives, either empty or rigged with bee sound generators, can also be interspersed with real ones to further reduce costs. 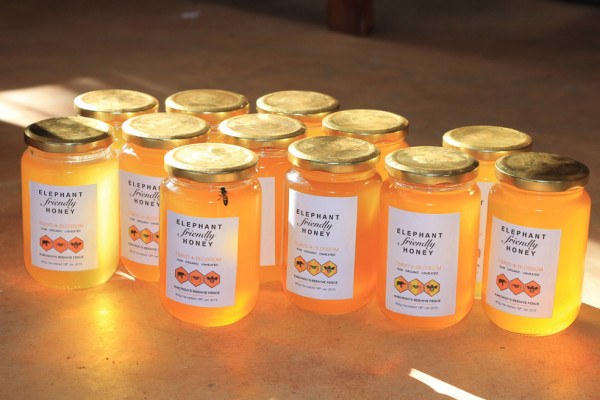 This design solution is at once extremely specific and conceptually universal. On the one hand, the approach evolved to address the environmental, climatological, and economic demands of a particular time and place. On the other hand, this method shows how careful study can yield low-tech solutions more sustainable and effective than costly high-tech shortcuts. These can be both friendlier to our fellow species and provide unexpected infrastructural benefits in the process.