Eric Klinenberg is the author of a book called Palaces for the People: How Social Infrastructure Can Help Fight Inequality, Polarization, and the Decline of Civic Life. The phrase “palaces for the people” actually comes from Andrew Carnegie who was known as a titan of the Gilded Age and one of the wealthiest people in the world when he lived. 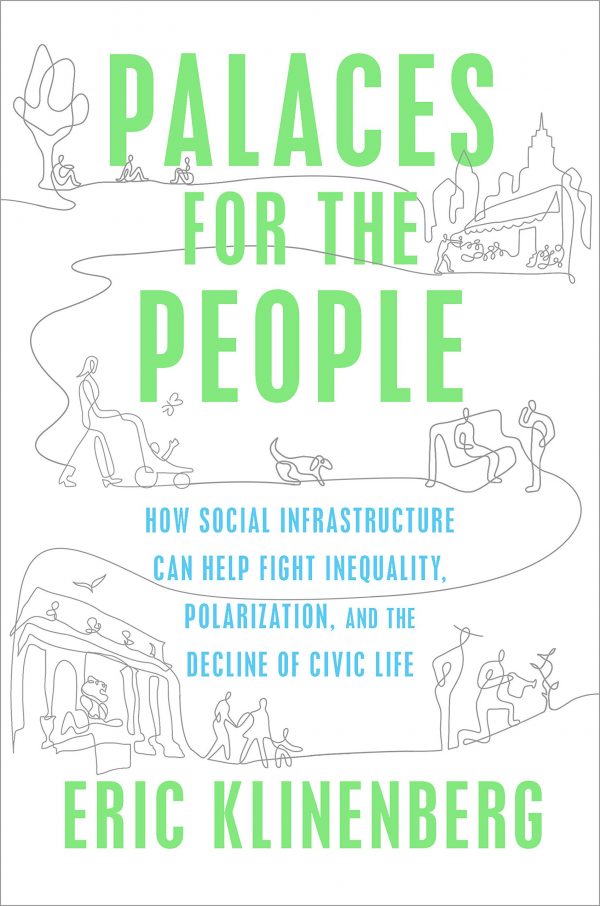 Carnegie was a ruthless capitalist, famous for strike-breaking and doing things that promoted inequality in many parts of the world, but he was also an immigrant, and was committed to the idea that the US was a country where people could get ahead in life. Carnegie wanted to help build a social institution that would facilitate that.

Over the course of his life, Carnegie helped to fund more than 2,500 libraries around the world—about 1,700 of which were in the United States. He called greatest of them “palaces for the people.” The great Carnegie libraries had high ceilings, big windows, and spacious rooms where a person could read, think, and achieve something that they felt proud of. Although it should be noted that these palaces were not always for everyone. Many of the great Carnegie libraries remained racially segregated throughout the early 20th century, and they later became battlegrounds in the civil rights movement.

Social infrastructure is the glue that binds communities together, and it is just as real as the infrastructure for water, power, or communications, although it’s often harder to see. But Eric Klinenberg says that when we invest in social infrastructures such as libraries, parks, or schools, we reap all kinds of benefits. We become more likely to interact with people around us, and connected to the broader public. If we neglect social infrastructure, we tend to grow more isolated, which can have serious consequences.

The first time Klinenberg thought about social infrastructure was when he was a graduate student doing a research project about a terrible heat wave that took place in Chicago in 1995. It was a disaster that killed more than 700 people, and as a social scientist, Klinenberg was interested in understanding the patterns that emerged from it.

The first pattern he observed was the most predictable, which was that poor or segregated neighborhoods on the South Sides and the West Sides of Chicago had the highest death rates by far.

But when Klinenberg looked more closely at the patterns, something really puzzling emerged. There were a number of working class neighborhoods that demographically appeared as though they should have fared very badly in the disaster, but actually proved to be strikingly resilient, and even safer than some affluent neighborhoods on the North Side. 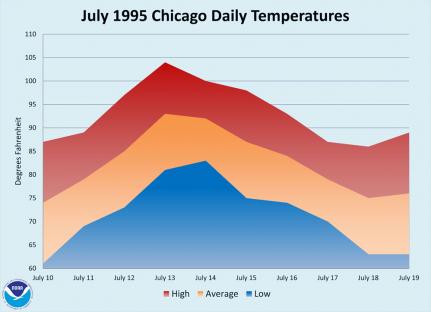 Even more interesting, there was a pair of neighborhoods where the demographics were identical. Each neighborhood had the same proportion of old, poor, and African-American people, and was separated by just a street. They were literally neighboring neighborhoods, but one had an astronomically high death rate and the other was one of the safest places in Chicago.

Klinenberg started spending time in the neighborhoods, and what he observed was that the places that had low death rates turned out to have a robust social infrastructure. They had sidewalks and streets that were well taken care of. They had neighborhood libraries and community organizations, grocery stores, shops, and cafes that drew people out of their home and into public life. What that meant was that on a daily basis, people got to know each other pretty well and used the social infrastructure to socialize. When this heat wave happened in Chicago, neighborhood residents knew who was likely to be sick and who should have been outside but wasn’t. This meant they knew whose door to knock on if they needed help.

Meanwhile, in the neighborhoods that had really high death rates the social infrastructure was depleted. There were a lot of abandoned properties, empty lots, and abandoned houses. Sidewalks were often cracked and broken and there was very little commercial life. This all meant that people were likely to stay home, and this was a deadly thing to do during a heatwave.

Years later Klinenberg was working with designers in New York who were thinking about how to respond to Hurricane Sandy. One day Klinenberg was taking one team around a neighborhood in Brooklyn, and they had an idea for something called a “resilience center.” This resilience center was going to be a nice building staffed by welcoming personnel and was going to have all kinds of special programming for kids, and access to Wi-Fi and computers. What they didn’t realize was that they were basically just describing a library, which offers all of those same resources. Klinenberg came to realize he needed to remind people of the extraordinary things that libraries do as social infrastructure that is taken for granted. 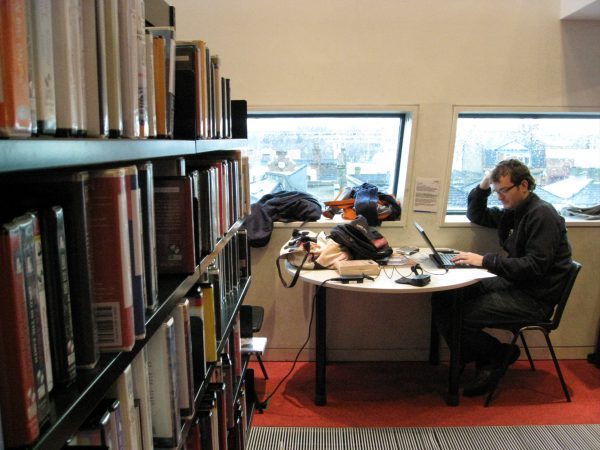 Photo by Kai Hendry (CC BY 2.0)Libraries still remain places where lots of early literacy development happens. Libraries have also now become the places where formerly incarcerated people come more to search for jobs or receive help on their resumes. Carnegie probably would not have anticipated that libraries would become the places where there’s more instruction for English as a second language or more citizenship classes than any other public institution. He wouldn’t have seen all the teenagers coming to the library at the end of the school day to play games, or just because it’s the safest and warmest, or just to play games. 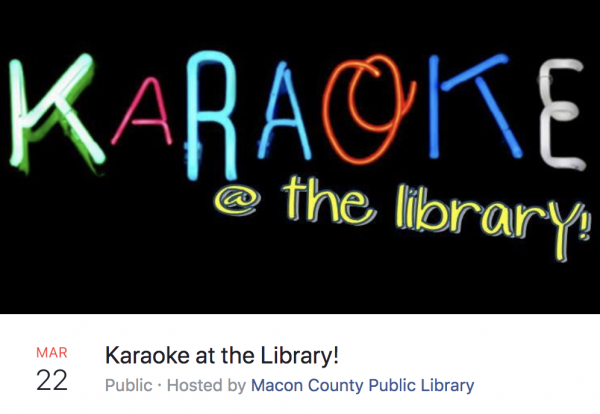 Libraries have reinvented themselves, and one of the things that is so striking about them is that the local staff has the capacity and agency to develop programming that works for the community that they’re in. The library can lend tools and it can lend clothes to people who need better clothes for a job interview. It can do programming and all kinds of languages.

The design of a lot of libraries have been able to evolve along with communities they serve, such as allowing special separated spaces for teenagers who could possibly be disruptive to others sharing the space. Although many libraries have the potential to better serve the needs of their communities, many still lack the proper resources to do so.

The broken windows theory of policing and crime is a classic essay by James Q. Wilson and George L. Kelling. It said that when there are broken windows in a neighborhood, people perceive the broken windows as a sign that no one is organizing the neighborhood — meaning those intending to commit crimes would feel like they could get away with it there.

The broken windows theory was used as a justification for bringing lots more police into poor neighborhoods. It led to stop and frisk policing and zero tolerance policing because of the belief was that if there’s disorder, then you need to make sure that there’s extra help to keep criminals from committing crimes. This was a big reason for why we have a system of mass incarceration that has transformed the United States, especially poor neighborhoods.

Having spent a lot of time thinking about the power of social infrastructure and physical places, Klinenberg asked himself this question: what would have happened if we had responded to broken windows not by sending in so many police officers, but instead by fixing the windows?

It turns out, someone at the University of Pennsylvania had been asking a similar question. This person teamed up with the city of Philadelphia which has tens of thousands of abandoned properties and empty lots. The Pennsylvania Horticultural Society started an exciting social science experiment, and for more than a decade have been making simple interventions to randomly selected blocks. If there was an abandoned house they would board up the building to prevent squatters or potential drug dealers from using the property, and mowed and maintained the yard.

The results were staggering — they achieved almost a 40 percent decline in gun violence around the abandoned properties that had been treated. What’s more, they hooked up heart rate monitors to people living in those neighborhoods and they found that heart rates spiked high when residents walked past an un-kept property. Stress-related diseases are especially high in poor neighborhoods that have a lot of abandonment, but when people walk by a property that’s been taken care of, their heart rate hardly changes. They also noticed that when crime reduced in the blocks with intervention, crime levels didn’t jump in other nearby neighborhoods as predicted.

Show Me the Money

Klinenberg points out, though, that if you go to the Facebook campus in Menlo Park, the amount of money Zuckerberg has put into physical structures of social infrastructure for his employees is astronomical. There are bike paths, and yoga studios, and shared spaces for serendipitous encounters.

On one hand, Klinenberg wants to see the philanthropists of our time spend more money on things like libraries, but he also knows that philanthropic dollars are ultimately inadequate and randomly distributed to the places where the philanthropists spend their own time. If we’re ever really going to make this work, it’s going to have to be through a public commitment such as a major public works program.

Reports from the World Bank or our own government, they recognize that we will soon be spending trillions of dollars internationally to build new infrastructures like subway systems or power grids because the systems that we have to keep us in the modern world simply don’t work. Klinenberg’s observation is that the same is true in the case of our social infrastructure because they’ve been absolutely neglected. If we want to support the kind of social life that we all need, then we’re going to have to invest in it. 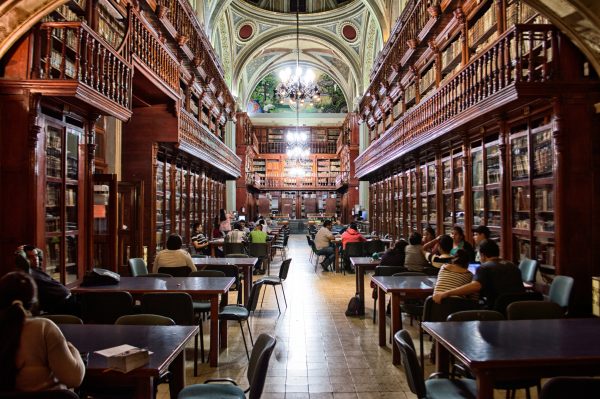 Previous Episode: Classic Cartoon Sound Effects!
Next Episode: The Many Deaths of a Painting