Early in 1927, it began to rain in the Midwest. It kept raining all spring, and the Mississippi River became the collection point for this rainfall and the previous winter’s snowpack. As early as February, levees were strained, and started to give way. Over the course of the next three months, 145 levees would fail, and 27,000 square miles across ten states were put underwater.

The total number of dead from this tragic event is unknown, but likely upwards of a thousand. In April, then Secretary of Commerce (and future President) Herbert Hoover, spoke to the American people by radio, calling the event “the most dangerous flood our country has ever known.”

The following year, Congress took the first important step in regulating the Mississippi River and its tributaries by passing the Flood Control Act of 1928, which empowered the Army Corps of Engineers to study and alter the nation’s river systems—the Mississippi especially. The Army Corps would build infrastructure to corral and maneuver the river in order to control it.

This was a task of enormous scale—much bigger than anything the Corps had undertaken before—and so they wanted a way to test out their building projects to make sure that they would work. The Army Corps began constructing crude models, mere ditches cut in the dirt with water flowing through them. These showed promise in their ability to predict flooding, and the effects of proposed dams.

In 1943, the Corps began construction on a model that could test all 1.25 million square miles of the Mississippi River. It would be a three-dimensional map of nearly half of the continental United States, rendered to a 1/2000 horizontal scale, spanning more than 200 acres. It was so big that the only way to see all of it at once was from a four-story observation tower.

German prisoners-of-war were put to work building the model. It was fully-operational by 1949. 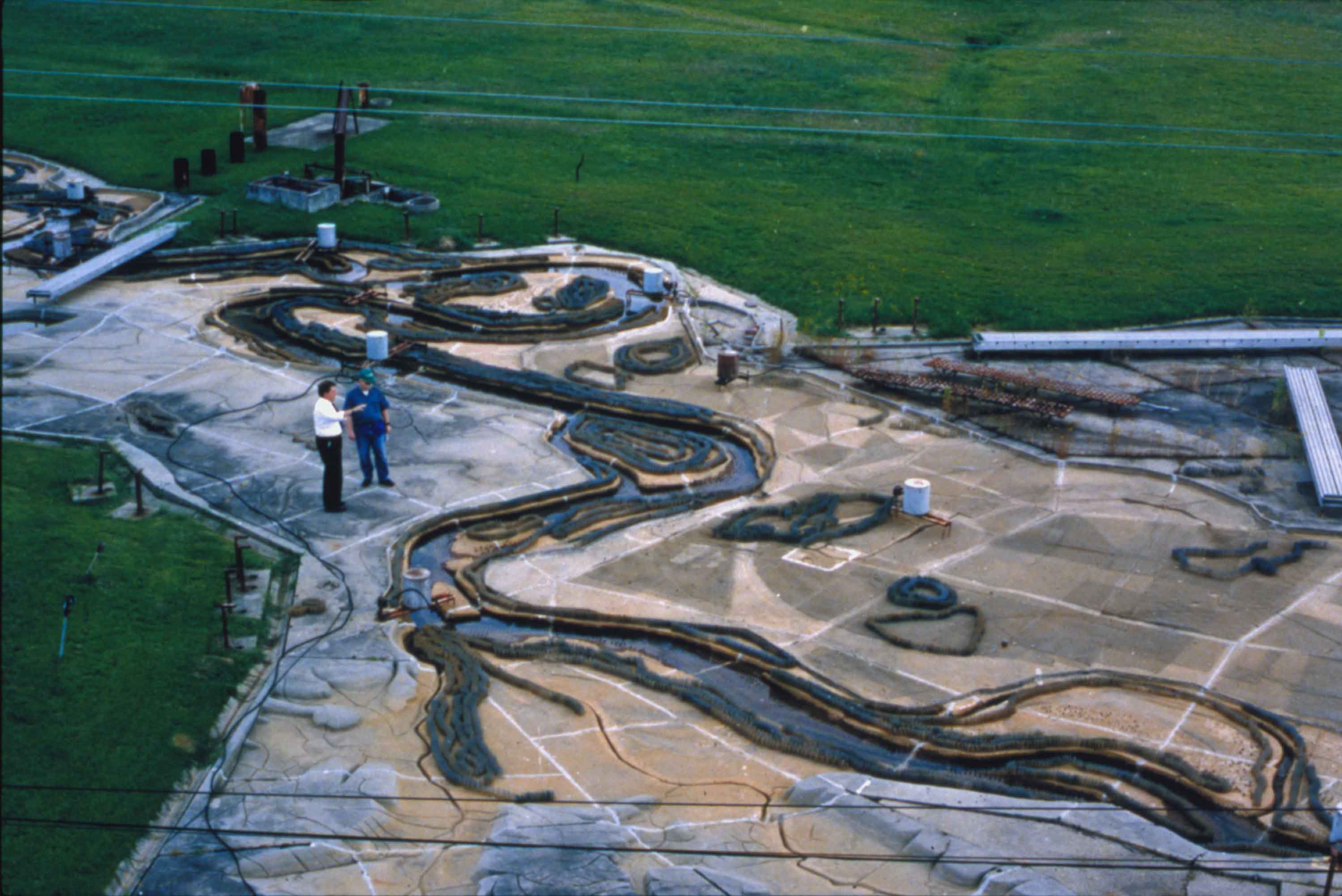 A staff of six hundred engineers, technicians, and support staff would use the model to simulate past floods, and to figure out what could be changed to achieve different results. 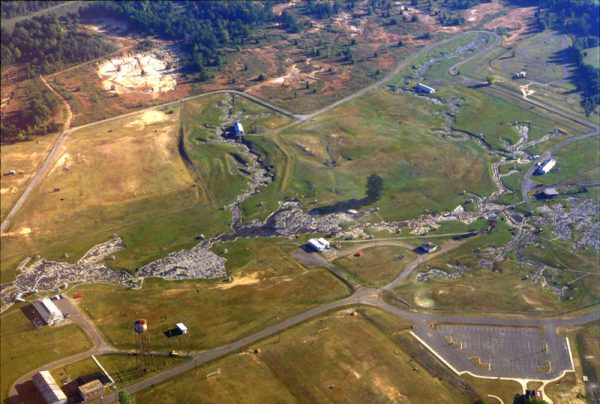 In 1952, the model successfully predicted which levees would be overtopped in a flood near Council Bluffs and Sioux City, Iowa. The Mississippi Basin model was accurate to within inches of how the river behaved in real life. The model was credited with saving millions of dollars in flood damages.

But these large-scale physical models and their staffs were expensive and became hard to justify, especially after the advent of computer modeling. As computer models became more accurate—or accurate enough—the Mississippi Basin Model gradually lost its funding.

By 1993, the model was closed. Today, it is completely derelict. The pipes and pump houses are rusting away. The earth and mud and water have all dried up, leaving a mess of concrete and wire mesh.

But physical modeling as a practice did not die off with the Mississippi Basin Model. The Army Corps of Engineers still runs the US Army Engineer Research and Development Center (ERDC) in Vicksburg, Mississippi. ERDC has the feel of a Hollywood studio backlot—there’s row after row of hangars and warehouses, with engineers zipping between them in trucks and golf carts.

The engineers at ERDC test a lot of different things—like materials for a temporary airplane runway—but ERDC is primarily concerned with creating scale models of rivers, dams and water projects. In some ways, the physical model functions as a public relations tool, giving citizens and community leaders a chance to see the effects of new projects before they are built.

But mostly, the physical models are useful at running simulations that even the most advanced computers still can’t do. 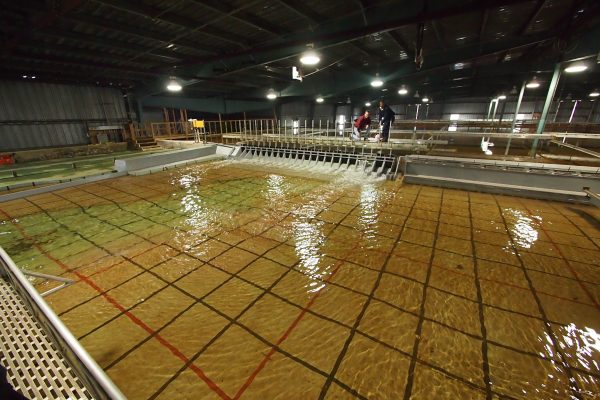 Stanford Gibson, a senior hydraulic engineer for the Army Corps, says we need “a bit of scientific humility…some of these processes are outside our reach, or at least outside the reach of our generation.” We may have the equations to understand what is happening at a given scale, but scaling that understanding up to fully capture the nuances of water moving through a river is incredibly complex and difficult. And so Stanford Gibson—a world class numerical modeler—is an ardent supporter of physical models as well.

For Gibson, however, it takes one more thing to understand a river:

“When I start a new project, I go and I rent a kayak and I float the river…because I want to touch the river. I want to see the things I’m not seeing so that when I get back and set up my model, I understand how the world works.”

Mark Twain famously said that the mystery of the Mississippi was lost to him as he came to know it. Not so for Gibson:

“The idea that science demystifies the world—I just don’t understand that. I feel like the deeper down the scientific rabbit hole I go…the bigger and grander and more magical the world seems.”

Previous Episode: The Mind of an Architect
Next Episode: Combat Hearing Loss