One year ago at the TED conference in Vancouver, 99% Invisible host Roman Mars sat down to give an unconventional talk, calling attention to the oft-overlooked world of flag design.

His presentation (above) highlighted some excellent flag designs that follow the simple and universal rules of good flag design. It also called into question some dubious designs in need of attention, including what expert vexillologists have determined to be the worst city flag in the United States. 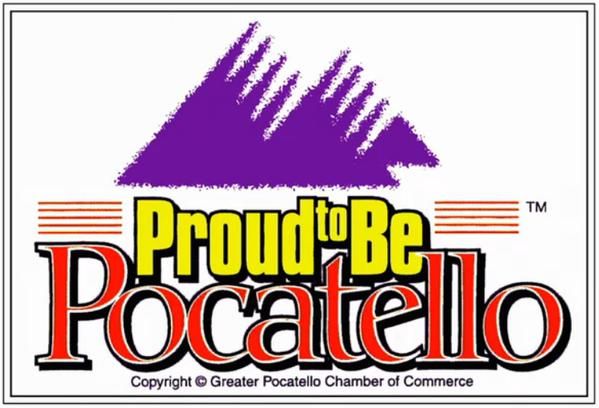 The North American Vexillological Association studies flags and their histories, but also ranks flags on a scale from 0 to 10. Based on their 2004 survey of 150 flags, the city of Pocatello, a small town in Idaho, holds the lowest rank: 1.48. The city’s current flag, complete with a mess of fonts plus trademark and copyright symbols, effectively fails on all of the following criteria for good flag design:

The city is taking this attention well, turning it into an opportunity to generate a better flag. A recent press release conveyed their response: “Over the past year, Pocatello has received national attention for our city flag design and according to experts, they believe it is the worst city flag in the United States. Consequently, community leaders and elected officials have taken note and a new City of Pocatello ad hoc committee will be working to create a new flag for Pocatello.”

Around the country and the world, people are starting to take more notice of their flags. In many cases, they are also doing something to change them, starting with the city of San Francisco, right across the bay from the downtown Oakland offices of 99% Invisible.

There are worse flags, to be sure, but this one has some clear issues. The city name can be removed from the flag The phoenix as a symbol is compelling, but requires refinement. The border is neither here nor there, and could either be eliminated or enlarged. Already, fans of the show and supportive flag enthusiasts are proposing better options.

The flag of Lowell, Massachusetts, is essentially a white backdrop with a complex city seal in its center. That seal features smoke from stacks rising to hold a cornucopia in midair above the town, packing in an array overlapping and overly-detailed imagery.

Mark van Der Hyde has a new vision: a red, white and blue flag with upside-down V-shape representing the curve of the Merrimack River around the city. Eight white stripes represent eight major canals, and nine red stripes represent the nine Lowell neighborhoods. While its creator sees it as just one option, and not necessarily the only solution, it does neatly fit within all of the rules for good flag design.

In Albuquerque, New Mexico, the current flag does keep to somewhat simpler color schemes and basic symbols legible at a distance, but local advocates think the design could still be improved upon.

A proposed redesign by Gabe Re incorporates elements of regional folk art, references the natural landscape and red clay of the Rio Grande. The zigzag pattern ties in both recognizable patterns made by humans as well as the peaked shapes of nearby mountains. His proposal shows yet another dimension of ideal flag design: the ability to deploy the flag in different scenarios and at various scales.

Bowling Green, Kentucky, once again features lettering and a seal-derived layout. Half the time, the words are backward when seen from behind. Also, if you put it on a car, for instance, confusion arises: a driver showing civic pride could be mistaken for a city official.

Nate Morguelan credits 99% Invisible with inspiring him to create a better solution. The green background symbolizes the city’s agricultural origins. Three lower two lines represent the railway and the Barren River, topped by a gold stripe symbolizing the prosperity these commercial transportation connectors have brought to the city.

Billings, Montana, currently features a flag bogged down by too much detail in the center and excessive text all around. A suggested alternative boasts a yellow background, for Yellowstone County, with a star to indicate Billings’ role as the ‘star’ of Big Sky county, with five points for the five wards.

Strangely enough, Milwaukee, Wisconsin, has a perfectly reasonable-looking miniature flag embedded within its larger and more chaotic actual flag.  Residents know something needs to be done: “Adopted in 1955, our flag evokes more questions than answers. It has never been flown as a symbol of pride …. Worst of all our flag has been called out nationally as an example of one of the ‘worst designed flags in the entire nation’ but, it doesn’t have to be.” The website MilwaukeeFlag.com is accepting submissions for alternatives.

Some cities without flags have also been inspired to create them from scratch, including Fargo, North Dakota and Manlius, New York. 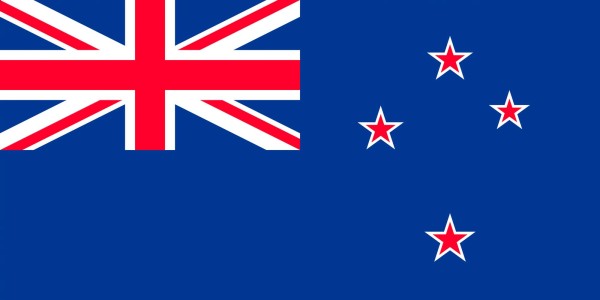 Even entire countries sometimes take a stab at reworking their national flags. In New Zealand, 40 semi-finalist designs (below) represent a range of possible new directions to replace the current design (above). 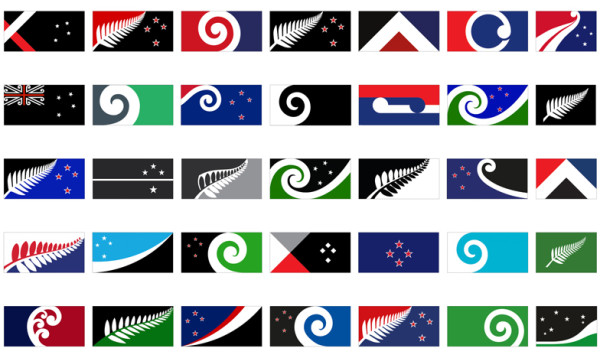 A recent vote on five finalists further narrowed the field; the “red peak” lost handily to one of the two options containing a fern. 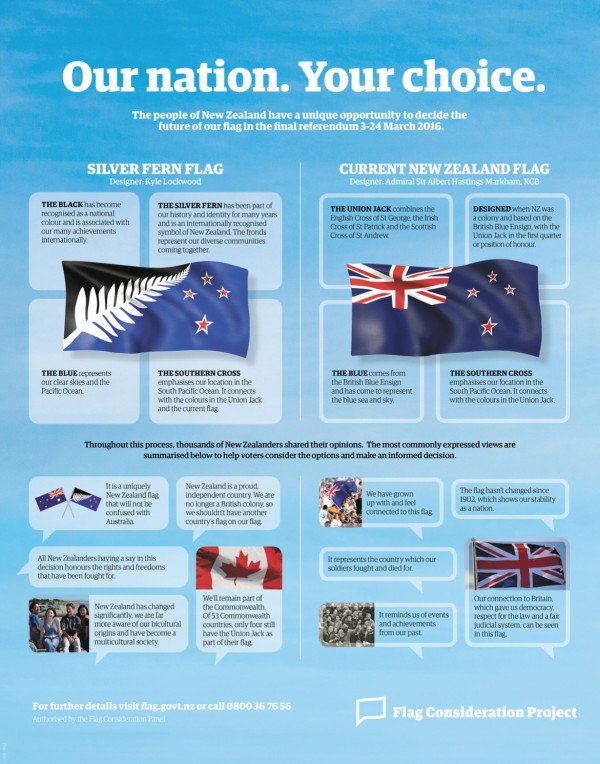 A final vote to either move forward with the new flag or remain with the old is set for March. Critics of the vote note the cost and loss of history associated with the potential change, while advocates would like a flag less easily confused with that of their neighbor to the west.

Tempted to try your own hand at flag design? Here is a trick: start by drawing a one-by-one-and-a half inch rectangle on a piece of paper. A design at these dimensions held 15 inches from your eye looks about the same as a three-by-five foot flag on a flagpole a hundred feet away. If it does not work at this scale, it will not work at any scale. 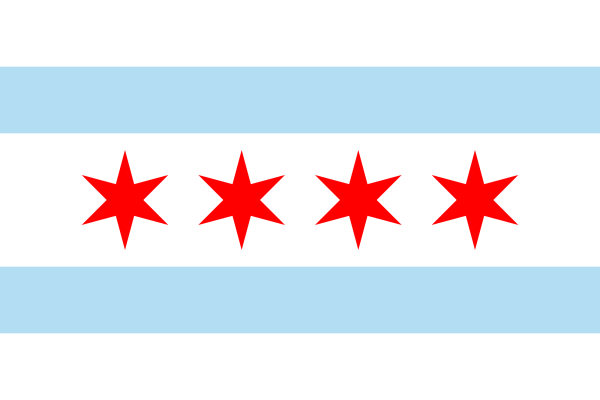 If you are unhappy with your own city, state or even country flag: start rallying your fellow citizens to come up with something better. A flag should be something meaningful, a point of pride worth flying high.

Previous Episode: Guerrilla Garden of Eden: The Death & Life of an Urban Microtopia
Next Episode: Norman Doors: Don’t Know Whether to Push or Pull? Blame Design.