In a sometimes-disputed territorial map of global rat habitats, there’s a curiously shaped void in North America showing where Alberta has engaged in an all-out war to remain rat-free. For seven decades, this Canadian province has managed to keep these rodents at bay, thanks in large part to a dedicated team of “rat patrol” agents and bolstered by war-worthy propaganda posters designed to stoke anti-rat sentiments. 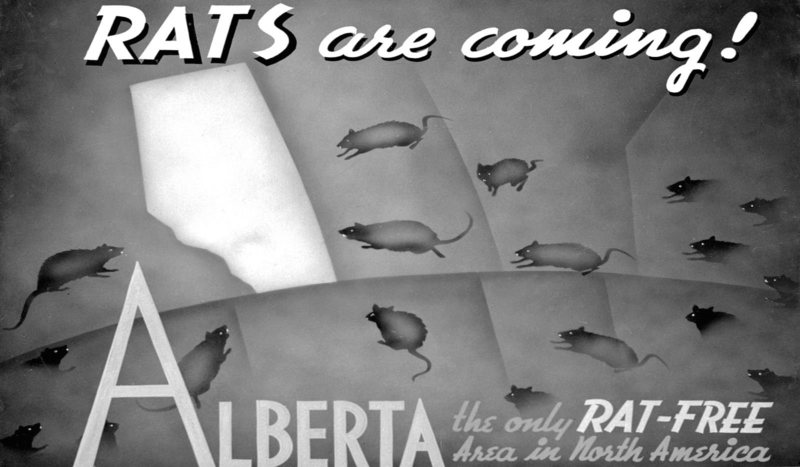 Common brown rats originated in Asia but made their way to Europe over time, then came over with colonists to the Americas. Like Europeans, they made their way west from the East Coast. Rats prefer wet habitats, but where rivers were absent, sewers will do. They have thus thrived basically wherever humans have and can be found everywhere but Antarctica, the Arctic, a few odd islands and Alberta — some places are just too cold, but Alberta had to actively fight back.

When common rats finally arrived in Alberta in the 1950s (via Saskatchewan), the province’s response was swift and multifaceted. Rats were shot, poisoned and gassed while buildings found to contain rats were sometimes bulldozed or even set ablaze. A key part of new anti-rat legislation was a stipulation that if citizens failed to control rats on their own the government could take action and bill them for the costs (providing a significant incentive for people to deal with rat problems). But that was just one facet of a sweeping campaign.

Propaganda played a part, too, writes Josh Dzieza for The Verge — people had to be taught from a young age to absolutely loathe these creatures: “Preserved rat corpses were exhibited at schools and fairs, and the government printed World War II-style posters depicting a province besieged by rodent hordes. The message was clear: if the rats were to be kept out, all citizens had to do their part — fortifying their farms, reporting incursions, and if need be, taking up arms.” 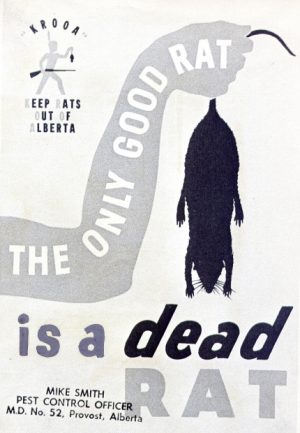 In the first few years of the rat war, thousands of buildings were laced with tons of poison to keep out the invaders. Within a decade, the number of rat infestations per year was down to a few hundred. Finally, in 2002, Alberta recorded its first entirely infestation-free year. The province has a zero-tolerance policy for rats outside of controlled settings like zoos — persons found owning a pet rat can be fined thousands of dollars and even face jail time. The rats are not so lucky — Alberta follows a take-no-prisoners approach.

These days, rat patrol officers carry weapons one might expect, like shotguns and poison, but for stakeouts they have been known to employ specialty gear one normally associates with the military, like night-vision goggles. In extreme cases, equipment is used to lift entire granaries and crops are burned to ensure total eradication.

Beyond a cohort of vigilant human defenders there are geographical features that make this war fightable: the north is cold enough to deter incursions; the Rocky Mountains to the west act as a barrier; and the relatively small southern border with Montana backs onto generally inhospitable open land. As such, the eastern front remains the most active with patrols and other deterrents dissuading invaders. The few thousand farms across the few dozen miles of eastern border are inspected annually. Since rats have small ranges, the idea is to keep them from gaining a proverbial (or literal) foot in the door. 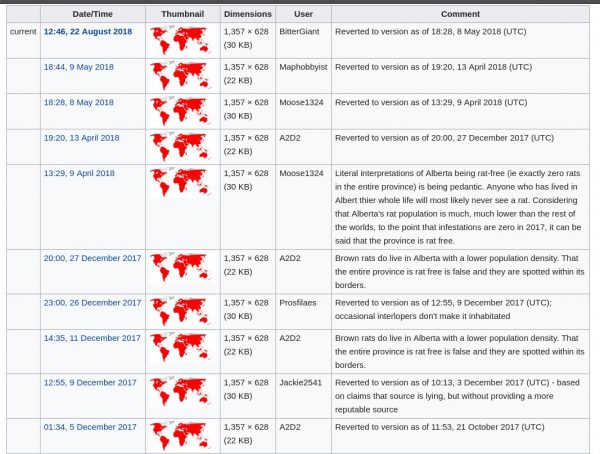 On Wikipedia, there has been a parallel conflict over the question of whether Alberta is rat-free, perhaps fueled by Alberta’s claims about its status. After more hundreds of back-and-forth edits over more than a decade, the image file ultimately had to be locked by administrators. At some point, it becomes a question of what rat-free means. In a sense, Alberta can never be truly rat-free because there will always be a few loners that ride in on trucks or trains, but provincial protectors argue that it is effectively rat-free in that these loners don’t breed — they simply arrive, survive for a short time and perish without procreating.

Around the world, there have been other attempts to keep rats at bay or even eliminate them entirely, but as Dzieza writes, this can be extremely difficult: “So far, the war has been as futile as it’s been bloody. Rats thrive in the new ecosystems humans have made: they lurk in city infrastructure, eating our waste; they infiltrate farms, eating stores of food; and they hitchhike on global trade, devouring birds, turtles, and anything else they come across. Far from beating them back, we’ve helped rats spread to every continent except Antarctica.” 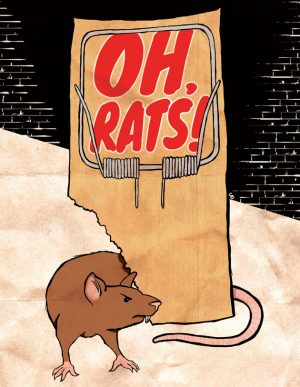 Rats are smart, adaptable, fast-learning creatures who have learned to avoid all manner of traps and poisons. “Rats live in man’s parallel universe, surviving on the effluvia of human society,” writes Robert Sullivan in his book Rats — they nest in the infrastructural voids, including sewers, landfills, and other non-places that humans tend to avoid visiting or even thinking about (all of which also helps them escape notice).

One could argue that rats have as much right as any species to survive, but therein lies a problem: their survival can come at the cost of biodiversity. In places like New Zealand that have successfully established rat-free zones, native species of flightless birds would hardly have a fighting chance against these industrious and voracious rodents. There and in other places, helicopters dropping poison have cleared the way for rat-free ranges, but mostly small ones. Barring a breakthrough of some kind, eliminating rats from a lot of places is simply an impossible task. Cities in particular have been fighting losing battles for a long time. Rats have been taking bites out of the Big Apple ever since they arrived on ships, spread out to docks, set up shop in basements, walls, sewers, then thrived on urban refuse. 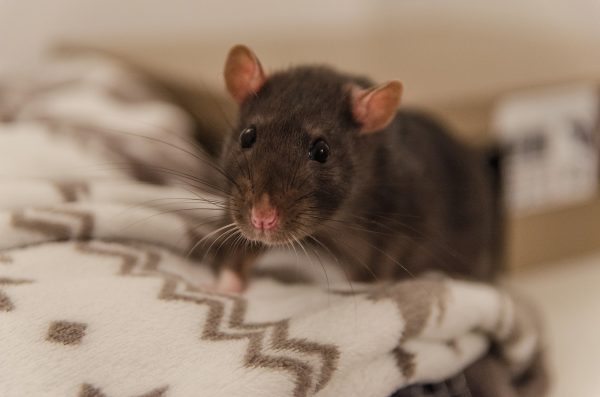 Despite all of the destruction they can cause, many people on the front lines of anti-rat wars have developed a certain fondness (or at least a respect) for the incredible survival skills of these creatures. It is hard not to appreciate their persistence on some level. And for those in places where ownership is not a criminal offense, many humans know from owning pet rats that these critters can be surprisingly cuddly companions (of course, there is much disagreement on this front).

But whatever one’s personal associations with the Rattus genus, these critters remain a problem in many places both for humans and other species. As yet, there is no single solution to the problem. Poison remains the most popular method of population control, but perhaps the most humane approach currently being explored by researchers would be rendering rats sterile, ushering a final generation gently out of various ecosystems to make room for other animals.