The Bellevue-Stratford opened in 1904 and quickly became one of the most luxurious hotels of its time, rivaling the Waldorf Astoria in New York. The building was an incredible work of French Renaissance architecture. It was 19 stories high, had over a thousand guest rooms, light fixtures designed by Thomas Edison, and what was said to be the most lavish and magnificent ballroom in the United States. It hosted guests from around the world, including royalty, world leaders, and the magnificently wealthy. The hotel came to be known as “The Grand Dame of Broad Street.”

The hotel went through some hard times during the Great Depression and then again in the 1950s and 60s, losing some of its luster from the early days. But it was always considered one of the nicest places to stay in Philadelphia.

That is, until 1976, when the Bellevue-Stratford found itself at the epicenter of a series of mysterious deaths that terrified the country and stumped everyone trying to find answers.

It all started in July of that year, when more than 2,000 veterans descended on Philadelphia for the convention of the American Legion, a support organization for wartime veterans. This statewide convention happened annually, but 1976 was special: the time and place had been chosen to coincide with the 200th anniversary of the Declaration of Independence. The convention would be held in the grand Bellevue-Stratford Hotel. 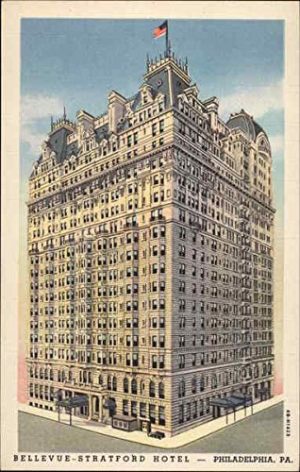 The convention ran for four days, ending with a big parade of Legionnaires through the center of of the city. After this finale, the veterans returned home. But in the days that followed, some began to get sick. The Legionnaires’ headquarters started to get calls from around the state about members who had fallen ill. In just over a week, news of a mysterious respiratory illness spread across Pennsylvania. No one knew what had caused it, but its victims all seemed to have something in common: they had all attended the convention at the Bellevue-Stratford. 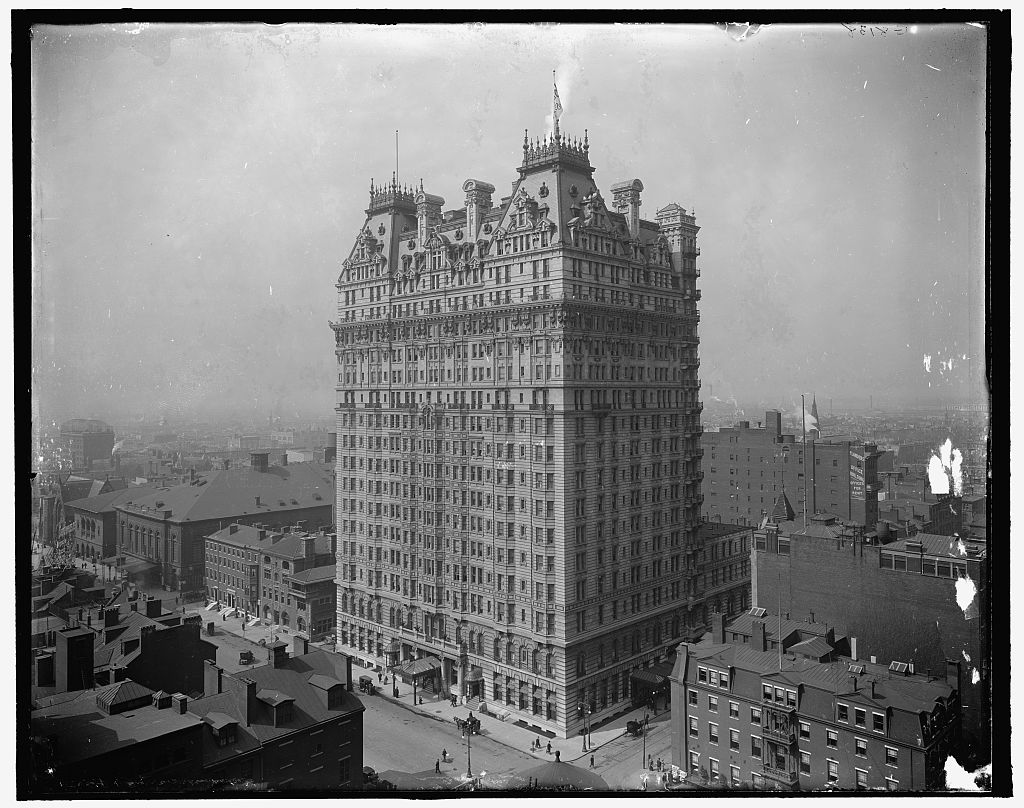 As the death toll began to climb, the local health department was swamped with calls about the outbreak. They called in federal investigators from the Centers for Disease Control and Prevention in Atlanta. By the time they arrived, nearly twenty people had died and dozens more were sick. Some feared this mysterious pneumonia-like disease could be the start of a swine flu outbreak, or worse: a flu pandemic like the one that had killed 50 million people in 1918. The authorities readied themselves for the worst. News reporters were already giving the illness a new name: Legionnaires’ Disease.

Scientists trying to solve the problem had no idea what was causing the illness — whether it was a bacteria, a virus, or some sort of toxin. They turned their attention to attendees of the convention, sending physician-epidemiologists out to examine and survey a large number of people. They monitored the people who had gotten sick, as well as their families and people who had been at the convention but remained unaffected.

Through all of this research, it became clear early on that this was not the major flu pandemic some had feared. It seemed confined to the Legionnaires’ convention. Still, there was enormous public pressure to figure it out, quickly.

Investigators had only one solid suspect: the Bellevue-Stratford Hotel. Somehow, this iconic landmark was at the heart of the mystery. And when the press learned that scientists were focusing their attention on the building, a media frenzy ensued. People began calling in to cancel reservations. It got to the point where the management would turn on lamps in the street-facing rooms so that the space didn’t look totally abandoned.

Researchers from the CDC were still on the hunt for clues, both in the lab and on the ground, right in the heart of Philly. In fact, many members of the team actually ended up staying at the Bellevue-Stratford since their rates had plummeted in the wake of the outbreak.

None of the researchers got infected, but their time at the hotel was probably less pampered than that of the normal clientele. They spent their time studying the building, inspecting the layout and the duct systems, looking for disease vectors, and trying to figure out if the disease was airborne. They came up with two leads: the more time people spent in the lobby of the hotel, the more at risk they were for contracting the disease. And the more time people spent on the sidewalk just outside the hotel, the greater the risk. Even some people who had nothing to do with the hotel or the convention had gotten sick, if they’d spent time on the sidewalk outside. But that was as far as the researchers got.

Despite the surge of business from the CDC’s small team, the numbers just weren’t working out for the Bellevue-Stratford. In November of 1976, the Grand Dame of Broad Street was forced to close, putting chains around the handles of its front doors. It had not been faring well financially before the outbreak, and the negative publicity was the final, fatal straw.

Meanwhile, CDC scientists continued reviewing samples and running more tests, but they couldn’t figure out the mystery. They were eventually called before Congress to explain their lack of progress. Things weren’t looking good.

And then finally, nearly six months after the outbreak began, with the death-toll hovering around 30, the CDC caught a break. A scientist named Joseph McDade was combing through all the biological specimens they had collected from victims’ lungs, re-examining them, looking for something he and his colleagues might have missed. In the process, he spotted a small cluster of tiny rods. McDade ran tests and discovered these rods were part of a bacteria. Within a few weeks, they’d confirmed that this was indeed the culprit behind the disease. They dubbed the new bacteria Legionella pneumophila.

But one big question remained: where had the bacteria come from?

As it turns out, Legionella pneumophila occurs naturally in the environment, which can make it hard to pin down a specific source. But it really likes to grow in warm water — and one ideal environment for the bacteria is the warm water basins in air-conditioning systems. When those systems convert warm water into cold air, they produce mist as a byproduct.

If that mist carries the Legionella bacteria and is inhaled, it can make a person sick. In the case of the Bellevue-Stratford, CDC scientists say that contaminated mist likely dropped down the side of the hotel, exposing people on the sidewalk below. It was then likely sucked into a utility vent and carried into the front lobby, exposing people there.

The air conditioning system had always been a possible culprit as a breeding ground for the Legionella bacteria, but the CDC couldn’t say for sure right away because the Bellevue-Stratford’s system had been thoroughly cleaned following the outbreak. By the time the CDC conducted tests, there was no Legionella present.

But as the years passed, there were more outbreaks of Legionnaires’ disease in other places. In those cases, investigators were able to confirm that the bacteria had come from cooling systems. Researchers retroactively linked the bacteria to previous unsolved outbreaks, including a smaller one at the Bellevue-Stratford a couple years before the Legionnaires Convention in 1976.

In the public health community, the story of Legionnaires’ has become a poster-child for the power of epidemiology, showing the power and importance of the shoe-leather detective work that’s used to map out patterns and explain how diseases move and strike.

Unfortunately, the discovery of this disease has not lead to its demise. OSHA now has recommendations for how to design and maintain cooling systems that are not breeding grounds for Legionella, but cases still pop up every now and then. Just last year, New York had an outbreak at an old opera house in the Bronx in which 12 people died and more than 120 became sick.

Today, the Bellevue-Stratford seems to have recovered from the reputation that haunted it. It was was renovated and reopened in 1979 under new management. Cleaning the cooling tower is now a routine part of the building’s maintenance and they also regularly analyze water samples. During a major restoration in the 1980s, the hotel got a completely new heating and cooling system.

The Grand Dame of Broad Street is now owned and operated by Hyatt and has been modernized, but still has that classic feel. Its luxurious rooms run upwards of 500 dollars a night and feature king-size beds, flat-screen TVs, views of downtown and of course, in the summertime, ice cold air-conditioning.