In the early 1950s, teenage students in Lake County, Indiana, got up from their desks, marched down the halls and lined up at stations. There, fingers were pricked, blood was tested and the teenagers were sent on to the library, where they waited to get a special tattoo. Each one was in the same place on the torso, just under the left arm, and spelled out the blood type of the student. 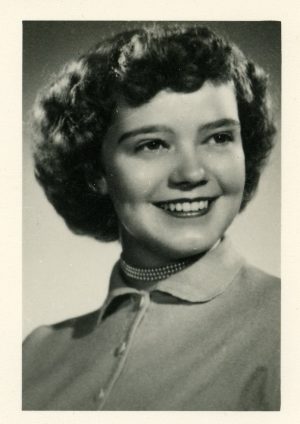 This experimental program was called Operation Tat-Type. It was administered by the county and the idea was simple: to make it easier to transfuse blood after an atomic bomb. At the age of 16, producer Liza Yeager’s grandmother, who went to school in Lake County, was permanently marked in anticipation of a nuclear catastrophe.

In 1952, the Cold War was in full swing and the government was busy developing civil defense strategies — things ordinary citizens could to do to help protect the homefront. In this case, the thinking was that if Russia attacked, the tattoos would make for quicker transfusions. They called it a “walking blood bank” — no need for cold storage. 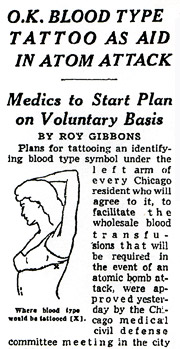 It sounds morbid in hindsight, but many kids at the time took it in stride. It was just another manifestation of the concept of survivability. The idea that with enough canned food, shelters, fearlessness (and maybe tattoos) the American people would be able to survive an atomic attack.

The idea of “duck and cover” gets made fun of these days. It’s considered the number one example of the kind of Cold War-era propaganda that seems totally ridiculous now — kitschy and absurd and unimaginably naive. But, in fact, the films and posters about ducking and covering were based on actual research of survivors at Hiroshima and Nagasaki.

In September 1945, just one month after the bombings of Japan, the US military sent a team of American doctors and geneticists to Japan to interview people who’d survived the attacks, looking to understand both the short and long term effects of radiation. That program would eventually be named the Atomic Bomb Casualty Commission (ABCC). 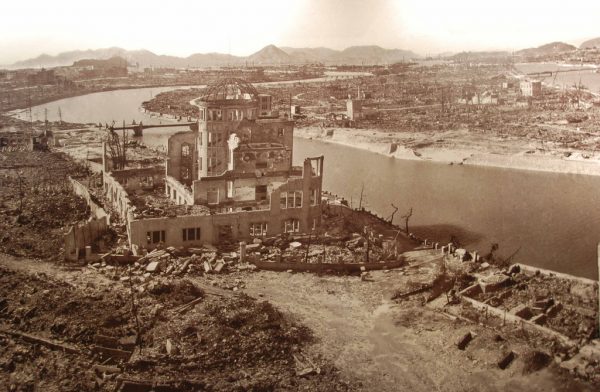 This program would also prove to be highly controversial, because the researchers who arrived in Japan weren’t there to treat the survivors, but only to study them. It was American lives — not Japanese — they were hoping to save. They wanted to understand who would survive and who would not if or when an American city was hit with an atomic bomb.

The researchers looked into things like cancer rates, irregular pregnancies and heart disease, but they also asked every survivor the same thing: where were you at the moment of detonation?

Before the ABCC researchers arrived, the physicists who had developed the bomb had assumed that they wouldn’t be finding survivors anywhere close to ground zero (or: hypocenter). Yet within just a few blocks of the hypocenter people who had been in the basement of a large concrete building had survived. And further out, researchers discovered that people who had taken cover (even momentarily) survived and actually seemed healthy. According to one account, a group of children who were diving off a cliff into a lake all got sick, except for the one who happened to be underwater. People who stood behind trees were also more likely to live longer. There were various sources of radiation to be avoided, but what mattered most was being shielded at the moment of the blast. And during the blastwave that followed, it was the people who were standing up who were most likely to be killed by shattering windows and falling debris. People who had been lying down when the blast wave hit, much more often … survived. The lesson seemed clear: in the event of an atomic bomb, if you could stay low and stay shielded (ducked and covered) you could be OK. 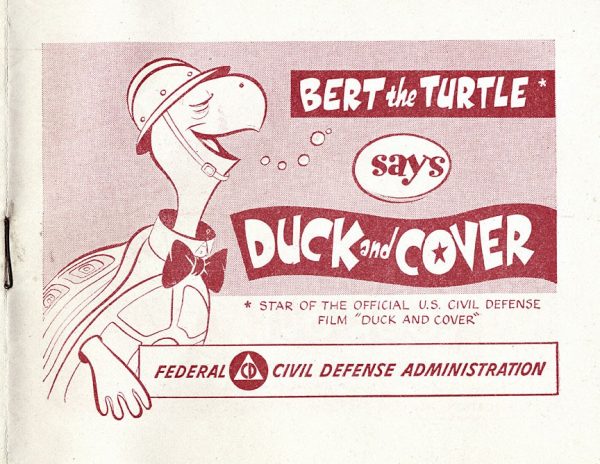 Even as the ABCC was publishing its findings, researchers had already begun studying things like psychology, group dynamics and infrastructure to see how society as a whole might hold up under a nuclear attack. The civil defense policies that emerged from this research all stressed that America could survive, but only if everyone — not just the authorities but everyday citizens — did their part. This meant doing things like protecting one’s home, doing air raid drills, dealing with irradiated soil and perhaps getting a blood type tattoo.

But even as children were learning to duck and cover, and farmers were learning how to protect livestock from fallout, though, the very idea of what a nuclear war might look like was changing. 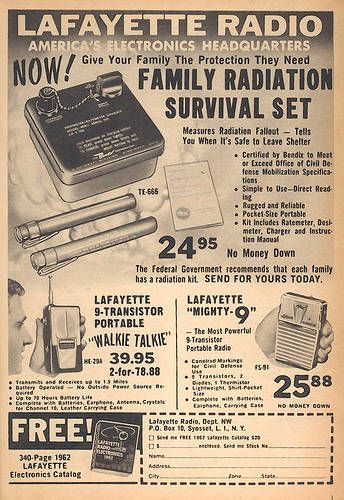 Just two years before Operation Tat Type, the Soviet Union had a grand total of five nuclear warheads. By 1960, they would have over 1,600. Many of these were thermonuclear weapons — hydrogen bombs exponentially more powerful than the bombs dropped on Hiroshima and Nagasaki. The idea that people and infrastructure might survive in the event of a nuclear war was growing increasingly dubious.

Still, government agencies like the Civil Defense Administration continued to promote the idea that the country could survive a full nuclear attack, in part because the gospel of survivability — however imaginary — still served other functions, pacifying the populace in the face of what seemed like an inevitable nuclear conflict. And to some extent, it worked — people believed they might survive.

Tattoo blood-typing from the Cold War to create a “walking blood bank” in the event of an atomic bomb attack. https://t.co/0is5mh7EeT pic.twitter.com/NlHLTq1WMR

Operation Tat-Type didn’t go far outside Lake County. Despite all the survivability fervor, it never made it beyond the pilot program. Today, the legacy of survivability is hidden behind a new series of titles, acronyms and other obfuscating symbols. The Atomic Bomb Casualty Commission, which studied the effects of the atomic bomb in Hiroshima, eventually became the Radiation Effects Research Foundation, a joint American/Japanese venture that has continued to study the long term effects on the survivors of the bomb and their children for nearly 75 years. The Federal Civil Defense Administration was combined with various other agencies to form FEMA in 1978. Its strategies have been adapted to deal with hurricanes and earthquakes in addition to possible nuclear attacks.  And then there’s the tiny legacy of survivability inked on the torso of Carol Fischler —  a faded tattoo that says “O positive” — just under her left arm.