Cardboard revolutionized the packaging industry. This new material allowed for the construction and distribution of cheap, light, flat-pack boxes that could be assembled and shipped on demand, enabling companies to bring distribution in-house. In parallel, though, cardboard had a less obvious but lasting impact on a sphere for which it wasn’t initially designed: the realm of creative childhood construction. 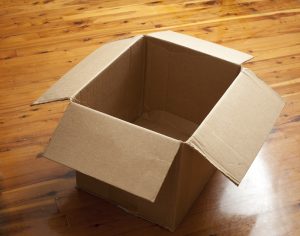 “Corrugated cardboard boxes were introduced in the 1880s, and slowly replaced wooden crates as the shipping method of choice,” explains architecture critic Alexandra Lange, author of The Design of Childhood. “As household objects grew larger, the play potential of those boxes increased …. The purchase of a new washing machine was a cause for celebration in my neighborhood as a child, as it meant access to a new playhouse in somebody’s yard,” she recalls.

The material has a lot going for it — cheap, light and malleable but strong at the same time. Its usage by kids also attracted the attention of designers focused on childhood creativity like Ray and Charles Eames. This designer duo worked on architecture, furniture, films, exhibitions and more, but time and again they revisited the creativity of childhood through the development of toys and construction kits. 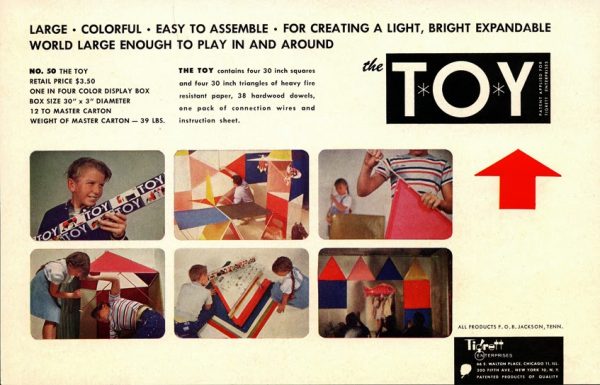 Perhaps the most well-known of these today was dubbed simply “The Toy.” This was a modular system of sheets and rods and connecting wires that could be packed flat and then unfolded and assembled to create play spaces for all kinds of purposes. Per the packaging, it was “Large-Colorful-Easy to Assemble-For Creating A Light, Bright Expandable World Large Enough To Play In and Around.” The Toy made it into production, but an intriguing predecessor of it didn’t — one in which the packaging itself became part of the constructive toolkit. 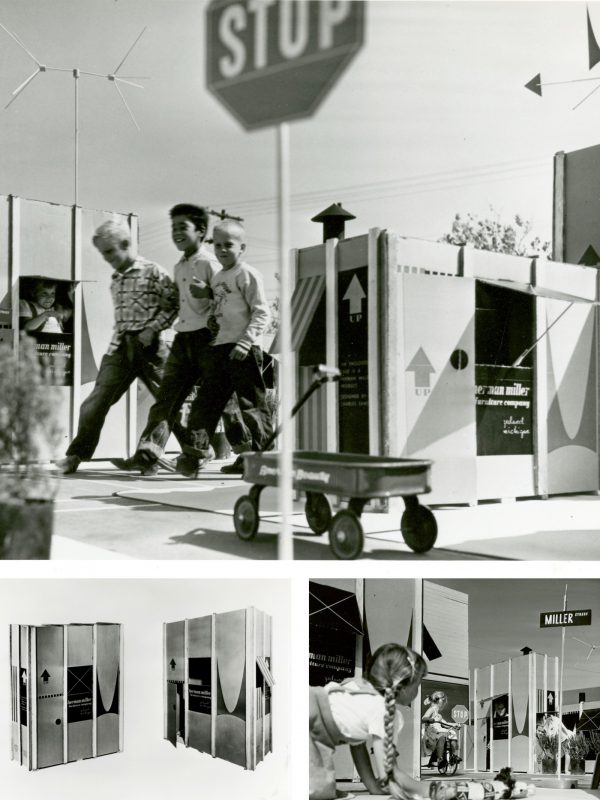 In the early 1950s, Ray and Charles designed a set of cardboard boxes for shipping Herman Miller interior design objects, with a clever caveat: these shipping containers could be converted into play spaces. “Printed in a colorful red and black design … the heavy cardboard carton, reinforced with wood splines, had only to be re-nailed to the bottom wood skid, after the furniture had been removed, to be made into a playhouse youngsters would love.” Dotted lines and other illustrations on the boxes would show kids how to convert them into sets of structures for play. The approach was particularly fitting, since the products designed to be packaged within these boxes were also modular ones — the theme of modularity was pervasive. 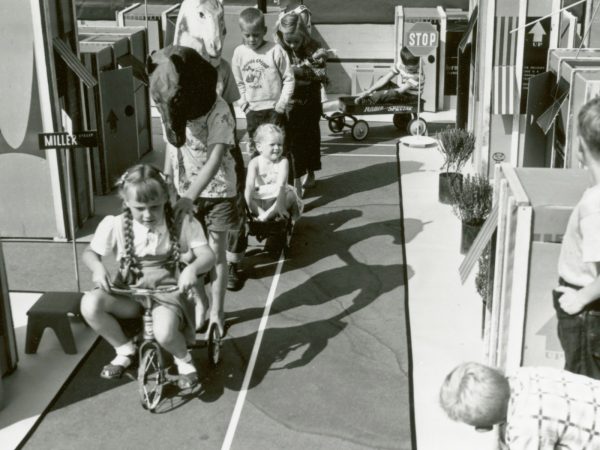 The Eameses would experiment with other forms of flat-pack design and architectural miniaturization for children, but this project went a step beyond in many ways, turning a leftover material often overlooked by adults as purely functional into something with endless creative potential in the hands of children. The design embraced “what kids and parents have long known: that the box an item comes in, especially if it’s a very large item, can be more exciting than the contents.”