Axolotls are nature’s great regenerators. They are able to grow back not just their tails, but also legs, arms, even parts of vital organs, including their hearts. This remarkable ability is one of several traits that turned the axolotl into a scientific superstar. And the dream for many of the biologists who study them is that we might one day figure out how exactly axolotls do what they do, and maybe even learn to harness that power for humans.

The axolotl is one of the most abundant laboratory animals in biology. They can be found swimming in tanks at universities all around the world. But in the wild, they’ve only ever been found in one place: Mexico City. 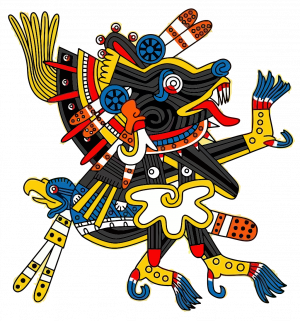 Hundreds of years ago, the Valley of Mexico was filled with five lakes. Over centuries various indigenous groups lived around these lakes, including the Aztecs. The Aztecs farmed on top of artificial islands called chinampas, and it was in and around these floating farms that the axolotl thrived. The Aztecs were fascinated by these strange salamanders. They ate them and used them to make medicines. And they considered the axolotl a sacred animal, the name of which was derived from god Xototl. The has become an important symbol in Mexican culture and art.

The axolotl was a distinctively Mexican creature until a French expedition to Mexico in 1863. While there, French officials collected unfamiliar animals to bring back with them to Europe, including a few dozen axolotls. Once they had them back in Paris, scientists started to breed this small population of salamanders, descendants of which populate global labs to this day.

From the very beginning, European scientists were fascinated by the axolotl’s strange appearance and perpetual tadpole life cycle of these ever-aquatic amphibians. And they started using them as model organisms for laboratory research. Axolotls were suited for the job. They survived well in captivity,  were easy to breed, and had large cells that were easy to study. Axolotls were important collaborators in a lot of 20th-century science. They helped us understand how organs develop in vertebrates, and the causes of diseases like spina bifida.

Scientists have also long been interested in this special salamander’s regenerative talents, but it’s only in the last few decades that humans have really started to unlock the secrets of their superpowers. Scientists recently mapped the entire axolotl genome, and as we learn more about axolotl genetics, there is growing optimism that humans might actually one day learn how to imitate them. Largely because of all of this regeneration research, axolotls have proliferated in research institutions worldwide. But even as we continue to breed these animals in the name of scientific progress, we are driving the wild population in Mexico to the brink of extinction.

The development and expansion in Mexico City was made possible in part by draining water out of the surrounding valley, including the aquatic habitat of the axolotl. Today, the region’s historic lake system is all but gone. There’s only a small marshy remnant left in the south part of Mexico City, an area known as Xochimilco. And even there axolotls have become extremely scarce. The collapse of the population was caused by invasive fish species like carp and tilapia, poor water quality, and illegal development.

A strange combination of human obsession and human neglect has turned the axolotl into this bizarre paradox. They are at once common in laboratory settings and critically endangered in the wild. One seemingly obvious solution would be to repopulate nature with laboratory-bred salamanders, but the subset occupying tanks in science labs have diverged too much from their wild brethren.

So if salvation comes for the axolotl, it will need to happen on the ground in Mexico City, with efforts to clean up the local ecosystem. Scientists and local farmers are working together to deal with the various threats to the axolotl. They designed filters that allow farmers to seal off the canals on their island farms. These filter the water and prevent invasive fish from entering. They can’t fix the ecosystem all at once, but these pockets of clean, predator-free water will hopefully give the species a chance to recover. 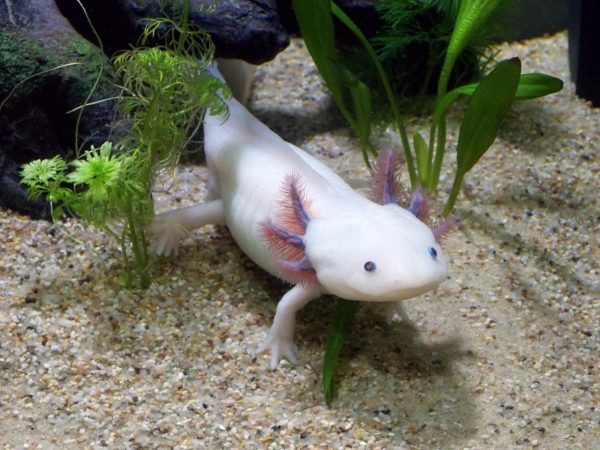 And that conservation effort could benefit the laboratory science as well. Because most of the laboratory axolotls in the world come from the same stock, and so there is not a lot of genetic diversity in the population. It’s not an urgent problem, but it could lead to dangerous levels of inbreeding down the road. Adding some new wild salamander DNA would be helpful, but those are unfortunately endangered. 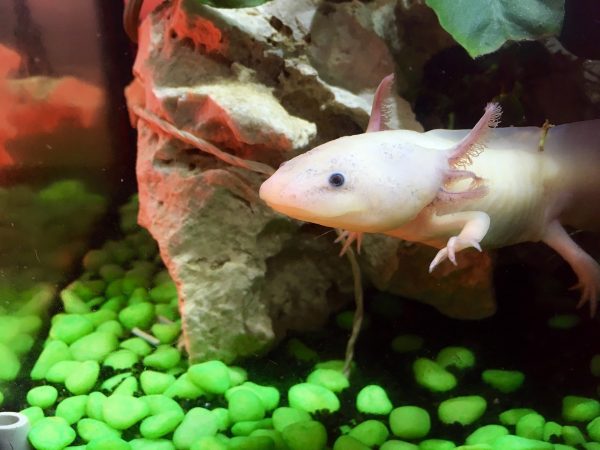 Somewhere in the long history of the Mexican axolotl, the story diverged. It became two stories: one about science and biomedical innovation, and the other about habitat loss and an iconic but increasingly endangered animal. And these stories may very well continue on their separate paths, but it’s also possible to imagine an optimistic scenario where they loop back together again — where the conservation efforts in Mexico City are successful and a healthy population of wild axolotls is able to provide the lab population with some much needed genetic variation.

As protective symbols go, a Gorgon with snakes... [Read More]