A single dot of color on a curb (just above a storm drain) could be dismissed as a stray splotch of spray paint, but a series of them stands out, even amidst all the visual noise of San Francisco’s streets. These aren’t art or underground utility markings, but rather signals of a never-ending war against a sometimes-deadly pest: the mosquito. 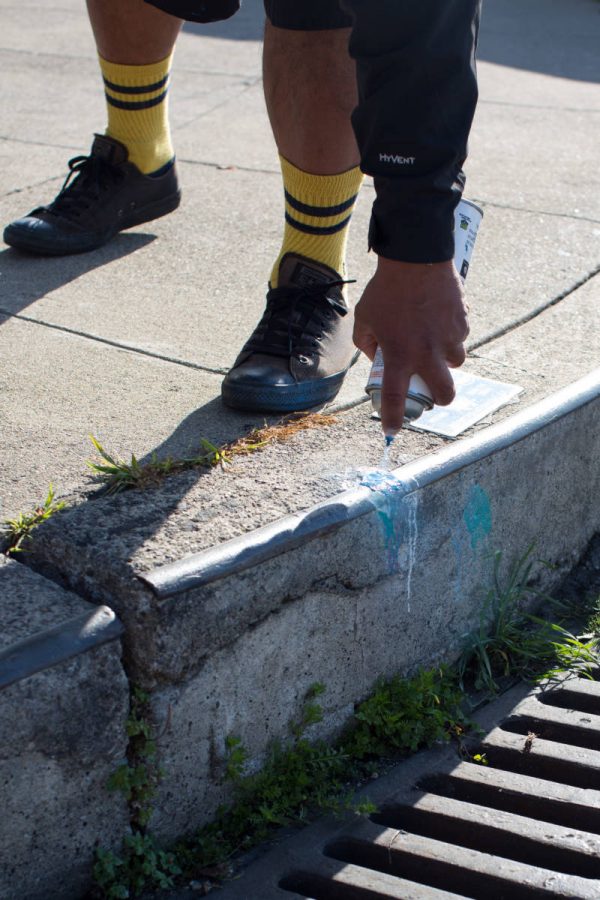 Mosquitoes carrying West Nile virus started showing up in the state in the early 2000s, prompting efforts to reduce their population. San Francisco has been working with a company called Pestec for years to watch and treat over 20,000 city storm drains with a special compound to inhibit the species’ growth, targeting their reproductive cycle.

A San Francisco Mosquito Abatement Courier Team walks and bikes around the city to inspect drains for standing water and treat them as necessary. Each day, workers will target over 100 drains a piece for fresh doses. They cycle through different colors of paint to indicate when a spot was last marked. And it’s never-ending — the whole process has to be repeated every 100 days.

Over time, the layers of paint from these repeated loops build up, creating colorful little mosaics that remind those in the know of an underground danger that continues to be addressed. 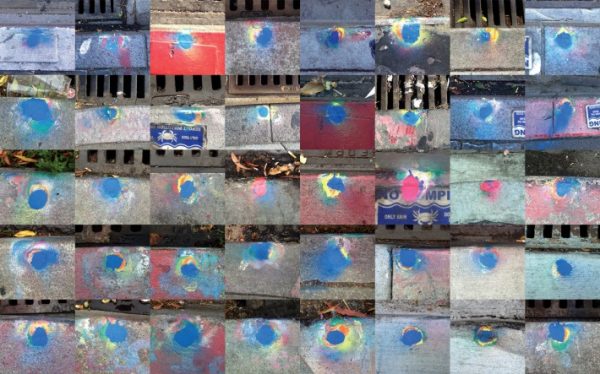 Special thanks to 99pi fan Ryan Russell for sending in this tip!