Let us be the first to wish you a Happy Flag Day, beautiful nerds!  Anyone who has listened to 99% Invisible regularly knows we have a thing for flags, which can be beautiful things that give communities something symbolic to rally around. This year, we decided to get the celebration started early then keep the party going with two whole weeks of flag-related stories. In past episodes, we’ve talked a lot about the design principles — what makes for good and bad city, state and national flags. But this year we’re going to broaden your horizons and go beyond conventional designs and intentional symbolism. 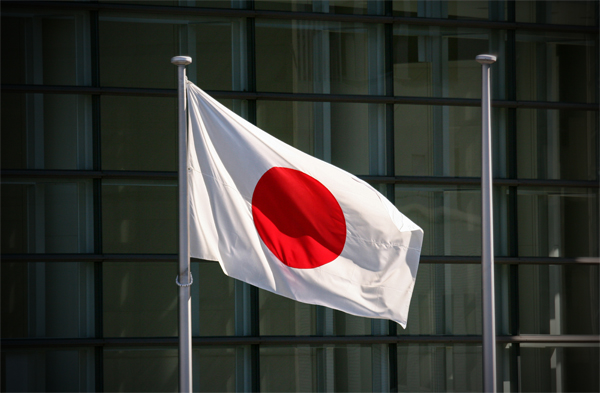 They look like normal Japanese flags (hinomaru) at a glance, but upon inspection, they are covered in handwritten notes often radiating outward in kanji from the central red circle (a sun against a field of white). Different messages are written in different hands directly on the fabric. These so-called “good luck flags” were gifted to soldiers, particularly during WWII, as part of a send-off from loved ones — and their name in English comes from one of the most commonly 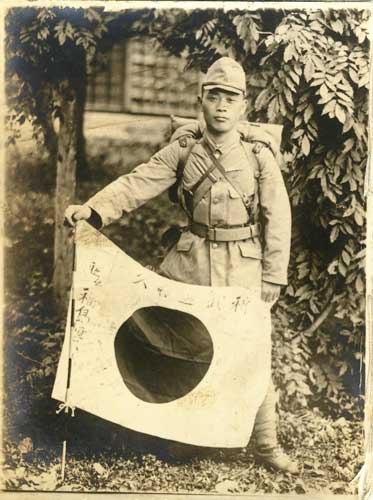 written phrases on them: good luck. In Japanese, they are called yosegaki hinormaru, which translates roughly to: a collection of writing around the sun.

The tradition dates back to the 1930s, but they became especially popular during the Second World War. And there are no rules, regulations, guidelines, or norms around the messages on them, which range from generic well-wishes and calls to arms to highly personal notes. According to some estimates, several million such flags were made by the end of World War II. Virtually every Japanese soldier got at least one flag, and sometimes they even received multiples ones from various institutions.

Today, few of these flags remain, at least in Japan — in part because so many soldiers never made it home. Some that did make it back were discarded or destroyed in the postwar era of American occupation, 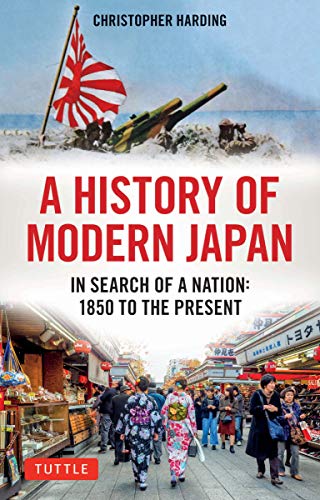 during which certain Japanese symbols (including flags) were forbidden. Many of those that do still exist can be found outside of Japan in another country entirely: the United States. Many American serviceman brought them back from battlefields in the Pacific, and without any ban on them in the US, those flags — like the one found at the Alameda Naval Air Museum — by and large survived.

An organization called Obon Society has taken to working with families in the US who are still in possession of these flags. As part of a practice of postwar healing and reconciliation, they work to see flags returned to the relatives of their original owners. It helps that the flags generally bear the name of their owner, but of course, many names are common ones, so it’s not always easy pairing them with the right recipient — meaning the process can take weeks or years.  But when a good luck flag is successfully returned, after nearly 75 years away, it is often the only remains the Japanese family have ever received of their loved one.

Correction: We pronounced the the Japanese word “ōbōn” incorrectly in this episode. It is pronounced OH-bohn not oh-BAHN.

Antarctica is a wonderfully strange place, and not just because of its infamously frigid climate. This huge landmass doesn’t have an independent government or even a permanent human population. It also has a lot of flags, though strangely: no single official one.

Over the centuries, various countries have made a range of claims to the continent or to specific regions of it. But this place is extremely cold and remote — it doesn’t really lend itself to full-time occupation. Instead, people come and go, mostly researchers and tourists who stay there for a while, then return to their home countries. As a result, many national flags are flown around the South Pole, as well as some territory-specific ones reflecting various claims to parts of the land.

There are, however, two designs that one might recognize as being specifically related to the whole of Antarctica — both feature a white landmass against a field of blue, somewhat akin the United Nations flag. The first is the Emblem of the Antarctic Treaty, an agreement between a dozen nations (initially) dating back to the 1950s. This treaty began to establish Antarctica as a peaceful and shared place for exploration and discovery, rather than territory to be conquered or divided up. And it was first agreed to by countries that already had research stations in place, but then opened up to other UN members. The emblem was a natural starting point for a semi-official flag. 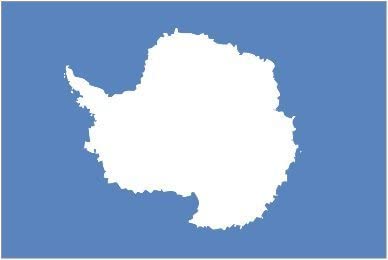 Later, in the 1990s, a vexillologist named Graham Bartram simplified this emblem-based design — he removed the lines and curves or latitude and longitude. The result was a streamlined, purely geographic version — just an outline of the continent surrounded by blue. But this design, while simple and easy to parse, has been criticized — the outline is both a bit complex and not completely accurate. Antarctica’s shape is changing as its icy edges melt over time. So as a flag, it’s not really future-proof given the shifting landscape. And this isn’t just a nitpicking critique — climate change poses really serious threats to the continent. 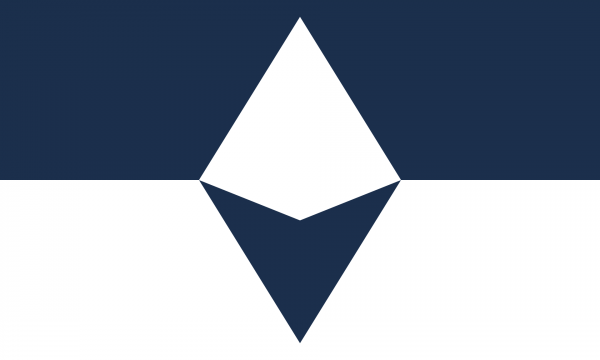 And this is where the True South flag comes into play: it’s simple, elegant, and uses just two colors dividing it horizontally — white on the bottom and navy on top, with a diamond shape in the middle. This flag was designed by Evan Townsend while he was living at McMurdo, the largest station in Antarctica. Apparently, he was inspired to make the first version during the longer polar nights while he was staying down there helping with research. He not only drew up the flag while down there, but also made a prototype out of canvas scraps. 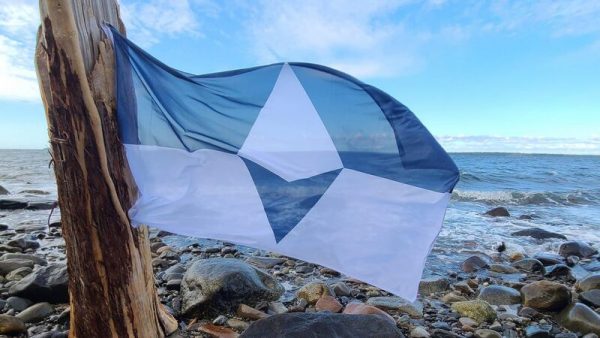 He explains his design as follows: “Horizontal stripes of navy and white represent the long days and nights at Antarctica’s extreme latitude. In the center, a lone white peak erupts from a field of snow and ice, echoing those of the bergs, mountains, and pressure ridges that define the Antarctic horizon. The long shadow it casts forms the unmistakable shape of a compass arrow pointed south, an homage to the continent’s legacy of exploration. Together, the two center shapes create a diamond, symbolizing the hope that Antarctica will continue to be a center of peace, discovery, and cooperation for generations to come.”

His message is a powerful one that speaks to Antarctica not as a nation or a collection of territories to be fought over but rather an actual distinct place we are obliged to share. So far, the flag has been quite successful, too, adopted and flown by various camps and research stations. It still isn’t official, but it could be someday. Meanwhile, Townsend hopes that people around the world will continue to fly it as a unifying icon — something to help everyone become more invested in the conservation of this unique place.

Previous Episode: The Clinch
Next Episode: Flag Days: The Red, the Black & the Green

One year ago at the TED conference in... [Read More]