No one is quite sure what shape Donald Trump’s presidential library will take, or even whether he’ll even have one at all. On the one hand, he is a real estate developer with a lot of buildings under his belt. On the other hand, the logistics of creating a modern presidential library are daunting, even for a popular and bookish ex-president like Barack Obama.

But looking into the history of presidential libraries,  there is arguably something quite (and perhaps surprisingly) Trumpian about them.

Among other things, presidential libraries are tributes to greatness, “[a] self-congratulatory, almost fictional account of someone’s achievements, where all the blemishes are hidden,” explains one New York architect.  But they’re also a “weird mix of a historical repository of records and things that have a lot of meaning.” Studying their origins and evolution, one can begin to see how presidential libraries have always involved tensions and contradictions. 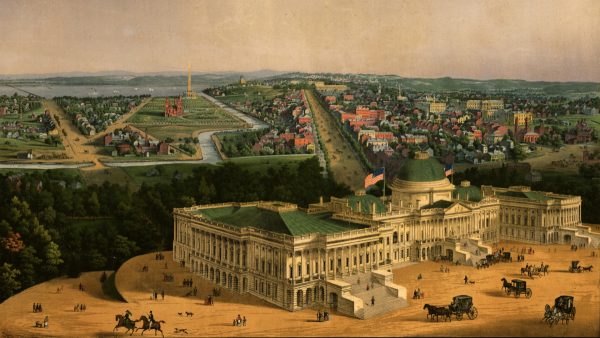 Before the advent of presidential libraries, there was a lot of chaos when it came to presidential records. In the early years of country, presidential papers were considered the private property of the president and what happened to them was haphazard. Many were lost or intentionally destroyed, in an effort to bury unflattering accounts and details.

It wasn’t until the Progressive Era of the late 1800s and early 1900s that this approach to record-keeping started to change in any kind of systematic way. People were starting to talk about good government — and the ideas of openness and transparency. It was in this period when the National Archives were established, to care for and preserve the records of the U.S. government. Previously, those documents, like presidential papers, had been kept in basements, attics, and various abandoned buildings scattered across Washington D.C. 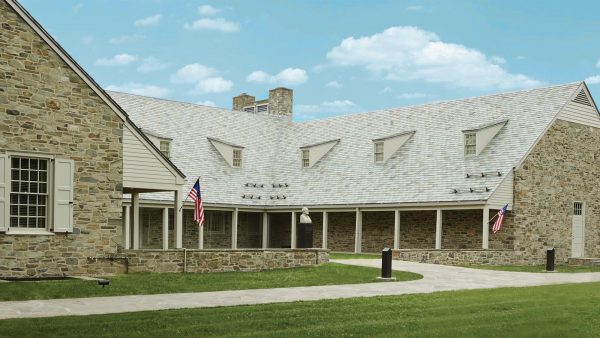 Then Franklin Delano Roosevelt came along, and by the end of his second term, he’d come up with a plan for his own papers. He decided that he was going to put all his papers in one place and that it would be open to the public. As an amateur architect, he even designed it and then funded its construction with donations from his supporters.

The completed building was handed over to the National Archives, to be run by the U.S. government in perpetuity. This first presidential library opened in 1941. And at the time, it was a scandal, seen by critics as a self-aggrandizing monument, constructed in the president’s lifetime rather than posthumously. Nonetheless, the FDR library ended up setting the template for presidential libraries going forward. In 1955, Congress passed the Presidential Libraries Act, formalizing this idea of privately built and federally administered institutions.

Next came the Truman library in Independence, Missouri. And the setup was structured like FDR’s — it was a branch of the National Archives, full of important documents, which really did improve access for researchers. But its museum was also basically a shrine to Truman. “I think [presidential libraries are] monuments to the vanity of ex-presidents, which is….um…. immeasurable?,” says historian Jill Lepore. 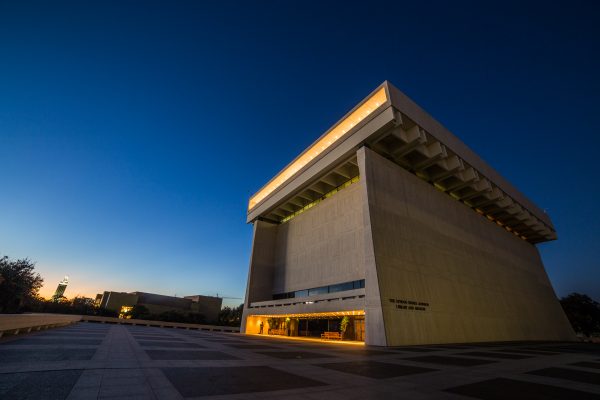 Another such example is the Lyndon Baines Johnson Library in Austin, Texas. It’s covered with, “beautiful travertine marble imported from Italy,” says Benjamin Hufbauer, an art historian and an expert on presidential libraries. “It has almost no windows except right before the top floor, which is cantilevered out and has glass beneath it. So it looks almost like it’s kind of floating. It looks kind of like a cross between a space age bureaucracy and an Egyptian pylon temple.”

By the early 1970s, every president since FDR had built one of these new libraries — and Herbert Hoover had built one too, retroactively. The libraries were becoming increasingly monumental and grandiose. But interestingly, at this time, the papers of the president were still considered his personal property.

That all changed with the scandalous fall of Richard Nixon. Congress had to force him to hand over records for their investigations, and in the wake of his disgrace passed a law preserving presidential records. The Presidential Records Act was passed in 1978, putting presidential records in the public domain. The public can see them five years after the president leaves office, with the exception of classified material. 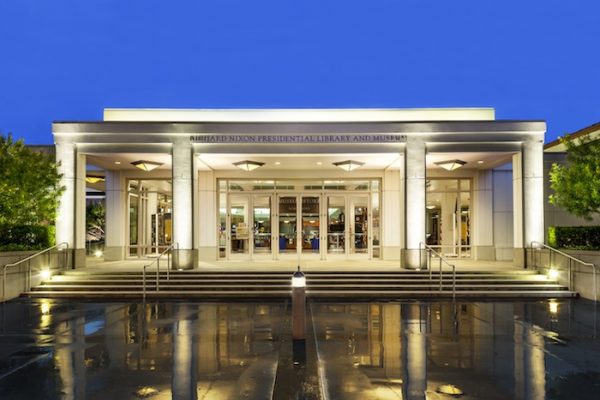 Still, even with this new regulation, presidential libraries tended to be self-congratulatory monuments. This was true of Nixon’s library, which was privately operated for the first fifteen years of its existence and which portrayed the Watergate scandal from an apologetically pro-Nixon point of view. Years later, when the library became affiliated with the National Archives, there was a push to add some truth about Nixon’s sordid history to the place, there was pushback from his loyal fans. 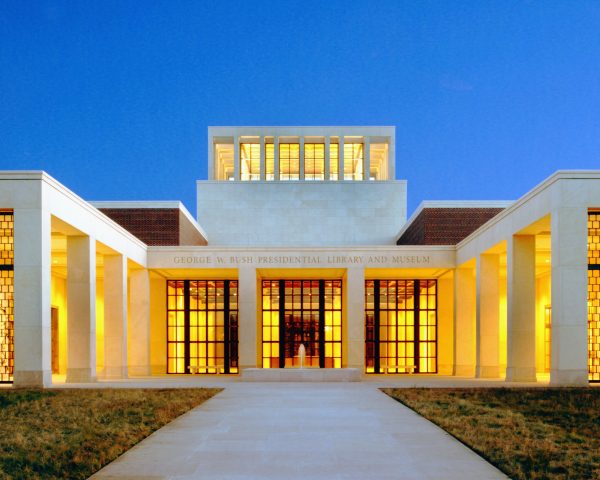 In George W Bush’s library there’s even an interactive display which assures visitors that (no matter what they might believe) invading Iraq was the right call. These examples of self-promoting spin raise serious questions about the role of presidential libraries, and the place (or absence) of objectivity within them. ” I think there’s some public discontent with the monumentality of these places,” says Jill Lepore. “I don’t think the presidency has the public trust that it had when FDR proposed presidential libraries. I think the presidency has betrayed the public trust.” Many historians believe presidential records should simply be kept within facilities controlled by the National Archives, rather than in these ego-building presidential temples. And things might actually be starting to move in that direction. 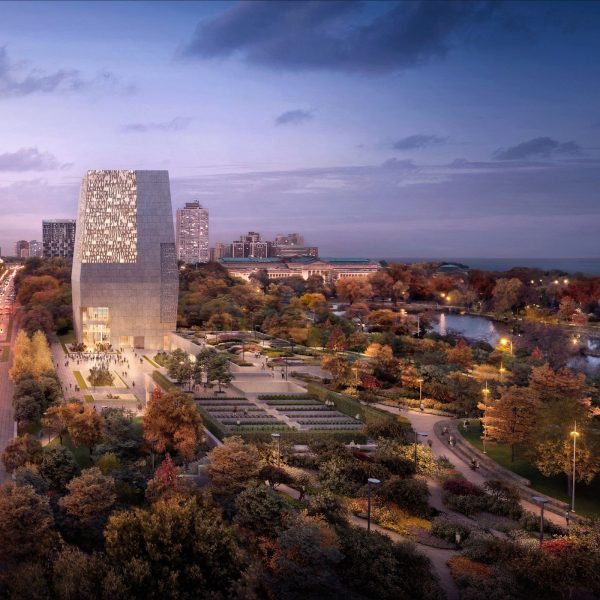 The Obama Presidential Center, for example, is not going to hold Obama’s actual presidential records — those will be held by the National Archives, in various facilities. The center in Chicago will be the site of the museum and the building will also serve other purposes, as a community center, and as a place for the Obamas’ philanthropic and diplomatic work. That’s partly because it’s become expensive for libraries to be affiliated with the National Archives — over the years, Congress has passed legislation requiring ex-presidents to raise massive endowments that will cover the cost of repairing and maintaining their buildings.

There are people who think that, if Trump does manage to build a presidential library, that it might be along the lines of the Obama Center. So he might build a shrine to himself, but perhaps he won’t bother with the actual papers, leaving those to the government. 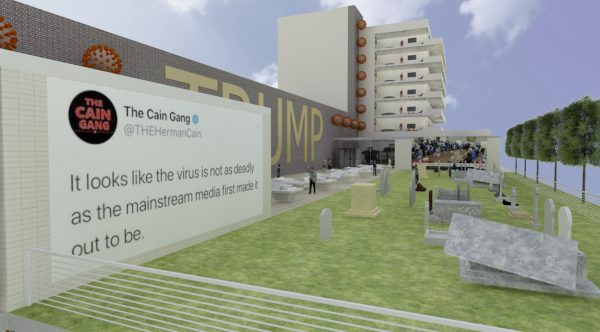 In the meantime, though, there is room for speculation, which is why the aforementioned New York architect bought a domain on election night: DJTrumpLibrary.com, and began to build out the site. His goal was not to praise Trump but rather to satirize his political career. At the same time, the site and architecture is really convincing — it looks a lot like a presidential library, and shares many of its features. The site even comes up toward the top for web searches of people looking for the “Trump presidential library.” It’s only on closer inspection that the parody becomes more apparent. “We had a room about the tax evasion — how he was only paying 750 a year. We had the oligarchs lounge, where it shows him kissing up to all the different despots and generally bad people. He likes the Putins of the world, the Kim Jong Il of the world, all these guys he’s BFFs with.”

The architect, for his part, remains anonymous to avoid getting in trouble with Trump supporters over his work on this project. There’s a lot of speculation about what a real Trump library might look like, where it might be, and whether one will be built at all.

But the bigger point this architect wants to make isn’t even necessarily about Trump. It’s more about the way that we think about presidents, who to his mind have a tough job but are not superhuman. As he sees it, they’re public employees, not grand heroes. In speculating about Trump’s potential library, and studying other libraries of presidents past, this become more clear with each example.

Mexico City is massive and famous for its... [Read More]