An angry mob hurls bricks and molotov cocktails at riot-geared officers against a backdrop of burned-out cars and fire-scorched buildings on a street strewn with broken glass. The fire is real, as are the uniformed police. Zooming out, though, the reality of the scene begins to collapse.

The architectural facades are just one-brick-thick shells propped up by metal support braces. Angry citizens are officers in plainclothes. The scenario is an elaborate simulation acted out in the streets of a so-called “Hogan’s Alley” located in Gravesend, England (an ominously named place where 14th-century Black Death graves ended).

Home to one of the highest (fake) crime rates in the world, the Metropolitan Police Specialist Training Centre has been the site of burglaries, assaults, riots and terrorist attacks. Robberies are attempted in parks, restaurants and nightclubs. Hijackings and bombings are foiled at aircraft, train and tube stations. The population varies, but the complex can house up to 300 participants at a time.

Designed by Advanced Interactive Systems (AIS), the training center was opened in 2003, complete with “live-fire ranges with internal ballistic and anti-ricochet finishes.” On the one hand, training grounds like these give officers a chance to learn before jumping into real-life action. On the other hand, people like photographer Chris Clarke say “Gravesend can be interpreted as a warning – a prophecy of society’s potential to alienate itself from itself, and kill its collective identity.” Either way, this is not the first fake urban environment of its kind.

The Origins of Hogan’s Alleys

The term “Hogan’s Alley” dates all the way back to an 1890s comic strip about a crime-ridden area. In the 1920s, the name was adopted by a firearm training facility constructed at Camp Perry (Ohio) for urban police officers as well as National Guard members. It was made to be a shared learning space for various armed forces around the country. 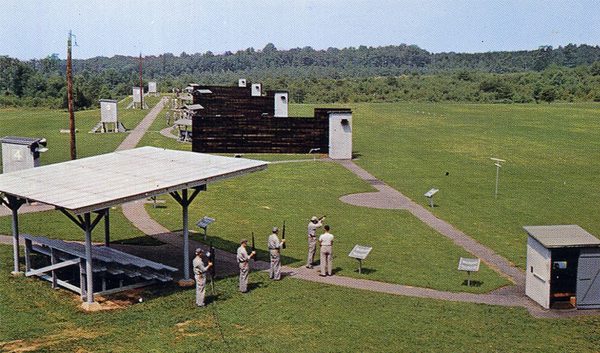 Over time, these kinds of facilities slowly evolved from simple shooting ranges to more elaborate simulated environments and facades.

Still, these vintage versions were flatter, less complex and interactive, often with targets propped up in simple door and window openings. 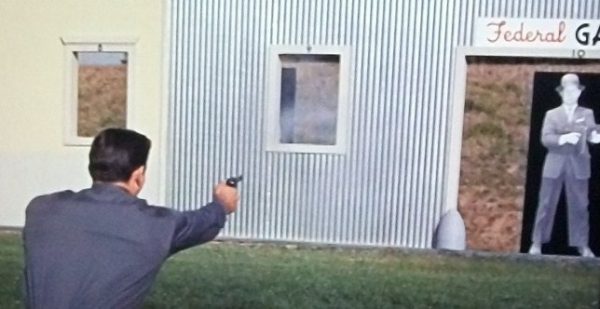 A 1984 Nintendo game named Hogan’s Alley tested player reflexes on a “light gun” as they aimed to hit enemies and avoid innocents. It drew inspiration from analog facilities with their popup cardboard cutouts. 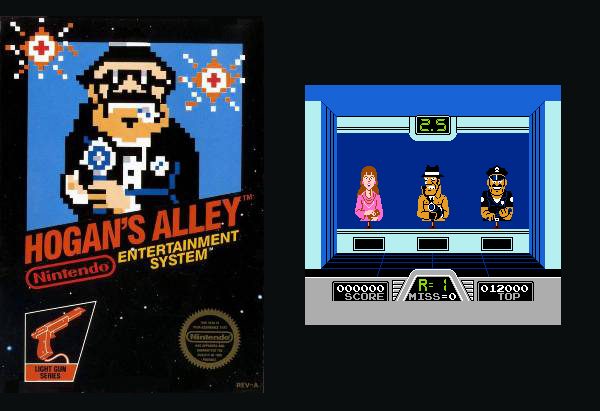 Through these various uses over the decades, the phrase “Hogan’s Alley” slowly became a catch-all for police training simulators, many of which have evolved to be ever more sophisticated and realistic. 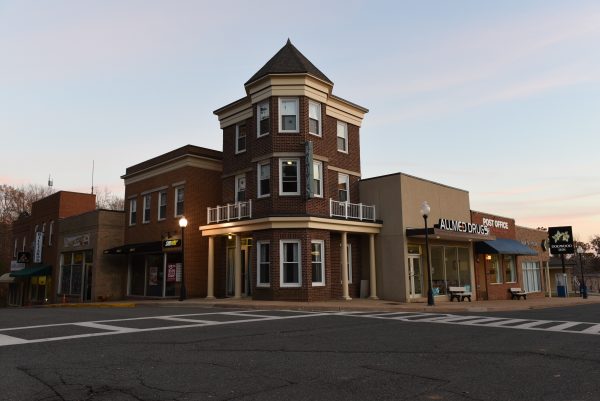 “It’s a hotbed of terrorist and criminal activity,” says the FBI of their facility, which sits on a 60-acre section of the FBI Training Academy in Quantico, Virginia. “Its only bank is robbed at least twice a week. Mobsters, drug dealers, and international terrorists lurk around every corner. Hogan’s Alley is exactly the way we want it.” Funding for its construction was made available following a 1986 Miami street shootout in which multiple FBI agents were injured or killed.

This particular complex was designed with help from Hollywood set designers, and looks much like a Los Angeles filming lot — it has a level of historic mainstreet realism within limited boundaries. The mini-city comes complete with a bank, post office, laundromat, barber shop, pool house, apartments and more. Some businesses were built with insider references to agency history in mind, like the Biograph Theater, a replica of the place where John Dillinger was gunned down by the FBI in 1934. Reality is blurred. The cars aren’t really for sale, and the mailboxes are welded shut, but the deli does serve food.

Actors roam the streets, playing the parts of terrorists, thieves, drug dealers and other criminals as well as innocent bystanders for full effect. “Simunition” (realistic paint balls) are used in some scenarios. In 1990, shortly after it opened, crime paid $8/hour in the newly built complex. At the time, though, many civilian participants reported they would do the job for free just for the experience and thrill of it.

The place may look quiet and tame at a glance, but “there are plenty of surprises along the way,” explains the FBI. “We’ve asked some of our actors to resist arrest and to turn seemingly routine events into life-and-death situations. That way, our new agents learn how to make the right decisions under stressful conditions.” Veteran agents follow trainees around, observing as they make decisions about when to pull (and fire) weapons. They also monitor how students handle routine choices like when to kick down a door or how to frisk a suspect.

Not all of the scenarios are action-packed. This faux urban backdrop sets the stage for more mundane activities, too, like processing evidence at crime scenes, performing routine searches and conducting witness interviews. The site is also used for various levels of training by the Drug Enforcement Agency (DEA) as well as other local, state, federal and even international law enforcement agencies.

99% Invisible
Worst Smell in the World

Like the scripted hero and villain stories played out within them, it may be too easy to paint these facilities with black-and-white brushes as either “good or “bad.” Hogan’s Alleys could be viewed as dystopian, a way to desensitize people to life-and-death situations. But they also offer a chance to learn from mistakes and try things again, something trainees will not get to do once they head out into the real world. As with most questions of the built environment, it may be less a question of how a place is designed and more an issue of how it gets used.

Guerrilla Garden of Eden: The Death & Life of an Urban Microtopia