In Tucson, Arizona, most roads running east-west are called streets while roads running north-south are labeled as avenues. But there is a hybrid type unique to this city: the stravenue, a portmanteau of street and avenue used for diagonal roads (abbreviated: Stra). This unusual convention aside, though, designations tend to be more consistent — and you can get pretty far just by understanding a few common ones.

In this Vox video, Phil Edwards takes you on an axonometric tour of an animated built environment, explaining the differences between various types of roads. Spanning city streets, rural routes and intercity connectors, here are some of the highlights:

And at the larger, longer and faster end of the spectrum:

New roads have endless naming options, which can lead to such depressing examples as Hopeless Way, Broken Dreams Drive and Suffering Street. But the second part — Way, Drive and Street in these instances — has a specific meaning (though uses still vary). 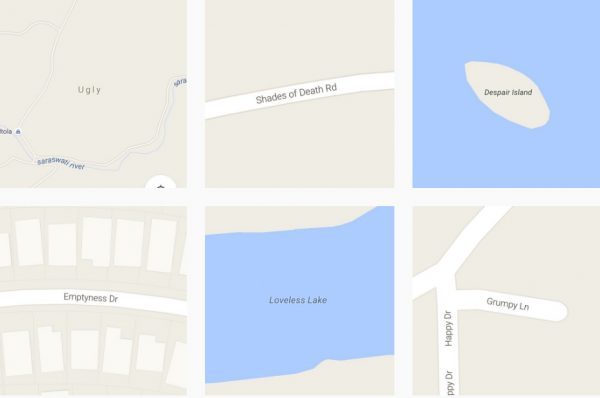 “They’re not just named at random,” explains Edwards. And while “there’s no rule book for building a city there are naming conventions that are surprisingly strong — ones you’ll find across the world. There are exceptions, but if you comb through postal service guides, state departments of transportation and dictionaries you can start to decipher a code behind our roads.”

Previous Episode: From Guerrilla Signs to 3D Maps: Clever Wayfinding for the NYC Subway System
Next Episode: Origin of the Spectrum: A Naturalist’s Evolved Approach to Naming Colors

The first documented use of a hand-painted center... [Read More]