Earlier this year, a California city removed an unauthorized sign, presumably designed to help delivery drivers or partiers find “Bob’s House.” After noticing the sign, Rancho Santa Margarita officials took it down, brought it to city hall and offered to give it back to its maker. In short: they exhibited grace and humor about the whole thing, but the saga was short, especially compared to that of “Dude Chilling Park.” 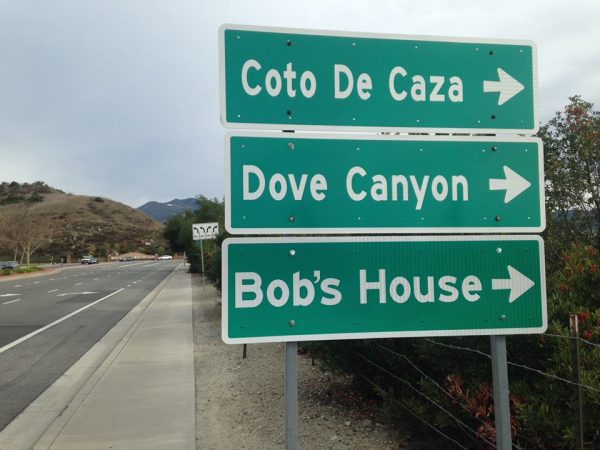 When an artist installed a convincingly crafted fake sign in Vancouver’s Guelph Park, locals were more amused than municipal authorities. The sign was (predictably) removed, but that wasn’t the end of its story. 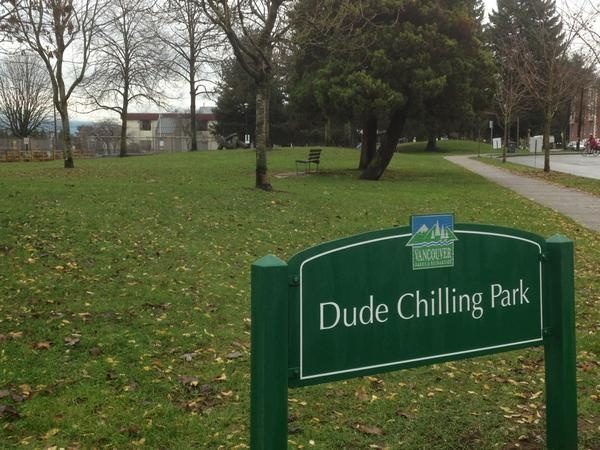 Installed in late 2012 by artist Viktor Briestensky, the marker was a light-hearted reference to “Reclining Figure” (below), itself a public art piece by Michael Dennis placed in the park two decades earlier. 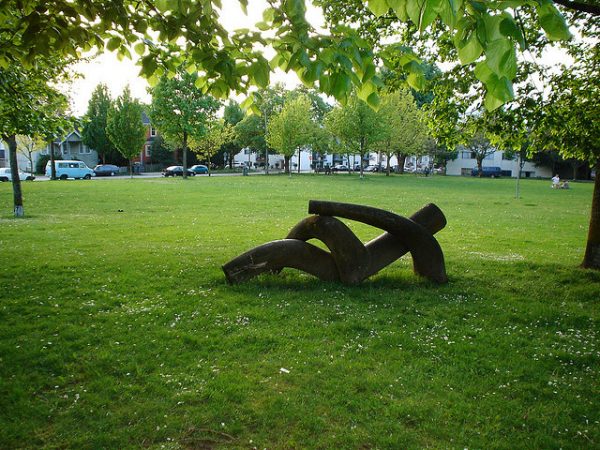 Following its removal (as “vandalism”), the sign’s story began to go viral. Comedian Jimmy Kimmel expressed his support for the intervention, and Google Maps changed the park’s name online to reflect its irreverent (if informal) new designation. Meanwhile, more serious news anchors and municipal authorities could be seen on television trying to keep a straight face while talking about “Dude Chilling Park.”

A petition to put the sign back up got nearly 2,000 signatures and in 2013 Park Board Chair Sarah Blyth “put forward a motion to find a permanent home for the sign where all residents can enjoy and honour the art history of Vancouver’s parks and recreational facilities.” The motion carried. But while the original installation was designed to look like a Parks and Recreation sign, it had not actually been constructed to weather the harsh rains of British Columbia. Accordingly, the Parks Board created a new and more robust version to install in 2014.

Today, Dude Chilling Park can still be found on Google Maps. Officially, the sign is an artwork and the place is still called Guelph Park (after the maiden name of Queen Victoria), but to locals it has another, more relaxed moniker these days. The dude sculpture, meanwhile, abides.

In Japan, a series of car stickers inspired... [Read More]