A distinguished visitor arrives on a flight deck, a call is made to “muster the rainbow sideboys,” and a colorful gauntlet of U.S Navy personnel assembles in response — but what do those colors mean? 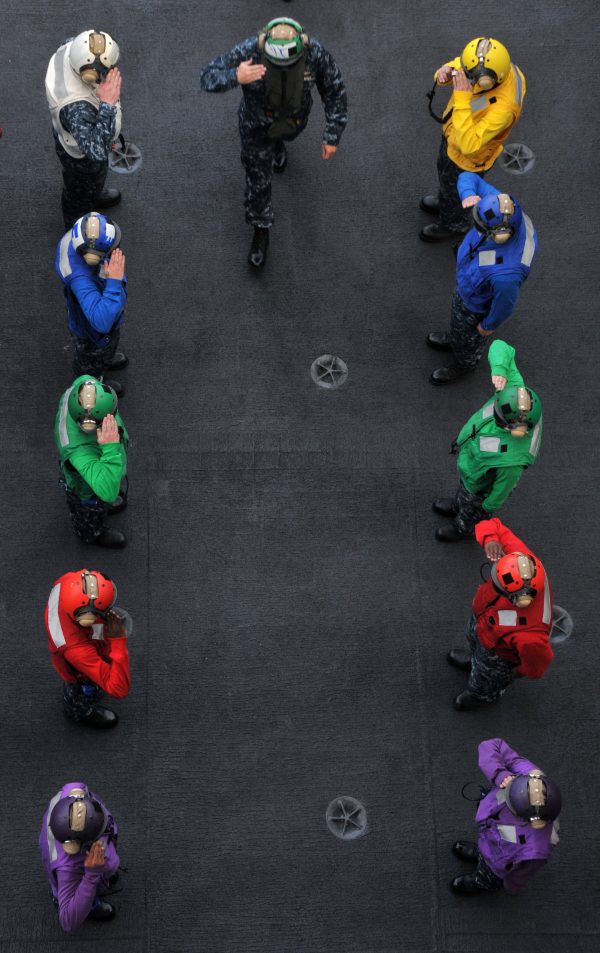 Staffed with hundreds to thousands of crew members, there is a lot to keep track of on aircraft carriers. In response, the United States Navy has evolved a handy visual system for identifying different deck personnel using brightly colored jerseys, float coats and helmets. 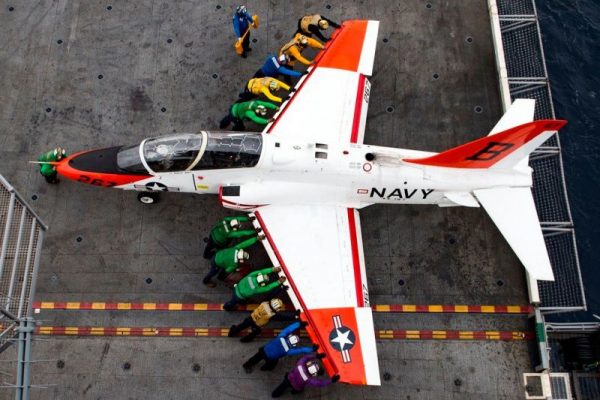 “What seems like near total chaos is actually a ballet of steel, explosives, gas and flesh,” Tyler Rogoway writes of carrier operations, “orchestrated by the Handler and their team, as well as Primary Flight Operations, both located inside the safety of the carrier’s island super-structure.” Meanwhile, “the deck crew is really the nexus between the carrier’s internal command and control,” receiving orders from above and enacting them in a sophisticated dance on the deck below. 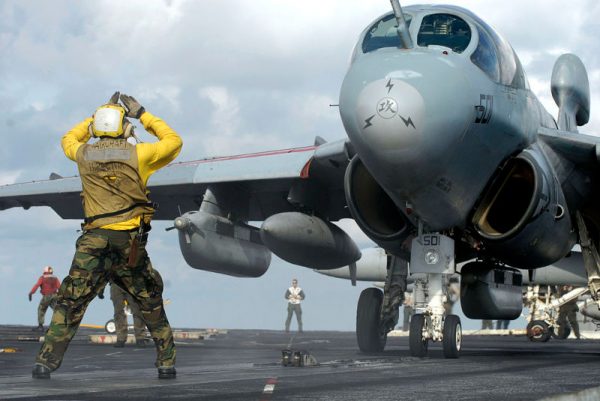 Yellow is worn by aircraft handling, catapult and arresting gear officers as well as plane directors responsible for movements on deck. 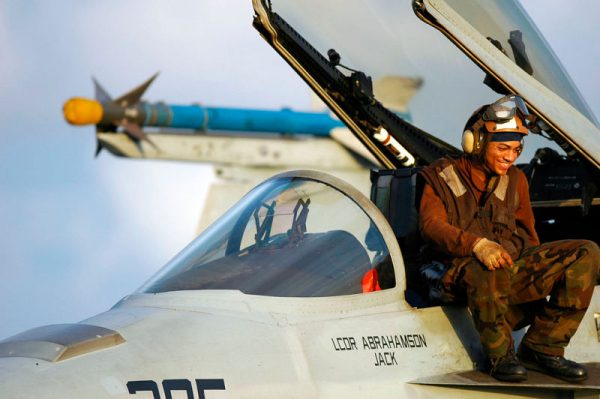 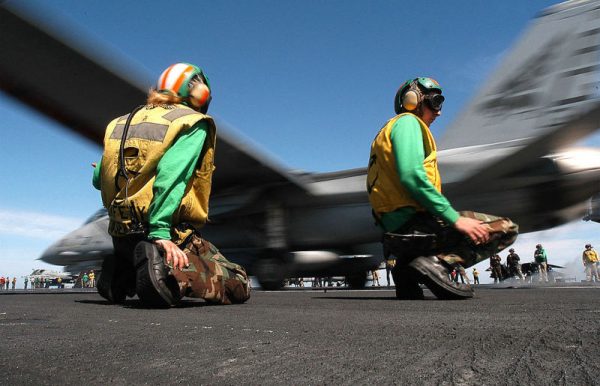 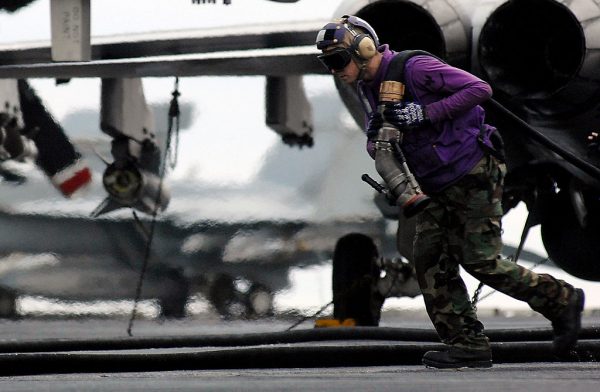 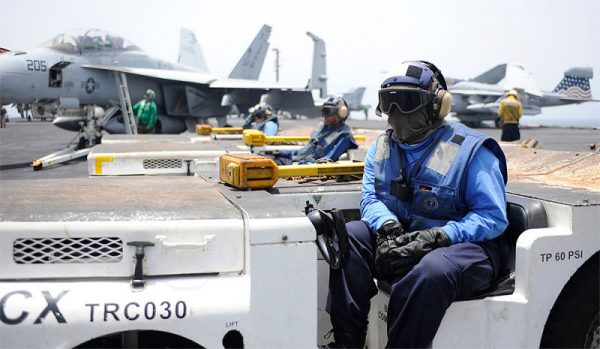 Blue is all about transportation and communication, worn by plane handlers, aircraft elevator operators, tractor drivers and messengers. 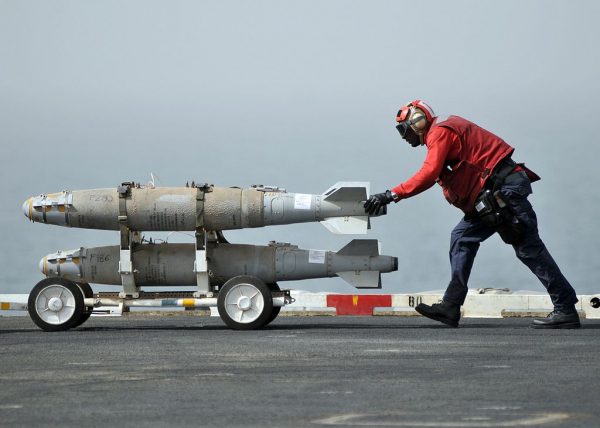 Red spans from ordnance men and firefighters to crash and salvage crews, which all have one thing in common: they deal with dangerous stuff, be it mounting bombs and missiles or disposing of them. 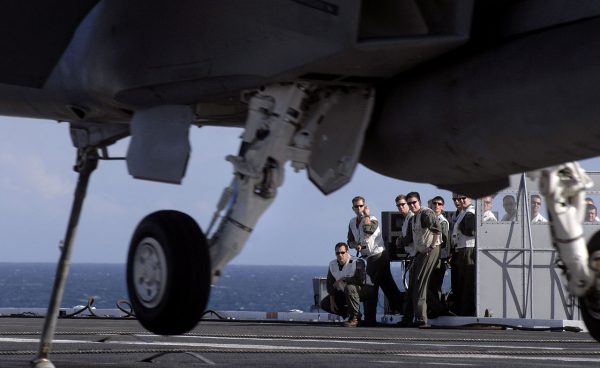 Black & White: the final checker makes exterior checks and (if all is well) gives a “thumbs up” prior to launch.

In addition to these visual signals worn above, navy blue pants below denote junior sailors and petty officers while khakis are worn by chief petty, warrant and commissioned officers.

A lot of these conventions are also shared among allies of the United States, making planes and ships theoretically somewhat interchangeable. “A Super Hornet could land on France’s nuclear aircraft carrier Charles De Gaulle,” explains Rogoway, “and its pilot would be able to understand how to operate on it inherently — something both the French and the U.S. actually do from time to time.” 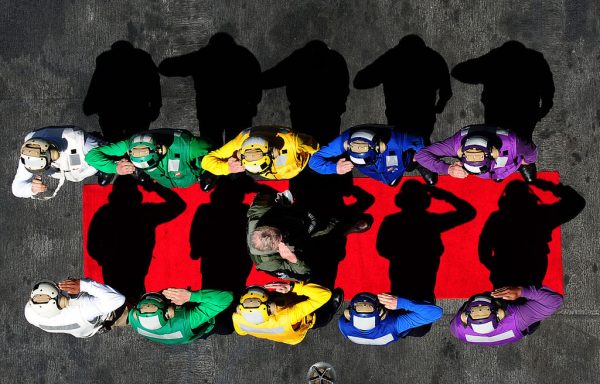 (Special thanks to 99pi fan Brandon Jameson for sending in this tip!).

Previous Episode: Biomimicry: How Designers Are Learning from the Natural World
Next Episode: Car-Free Cities: “Gridlock Sam” and the Drive to Reclaim Urban Roadways