Episode #29 is a great piece by producer Katie Mingle about the cul de sac. It was released June 16, 2011. As many of you know, Katie is 99% Invisible’s newest producer to join the team. 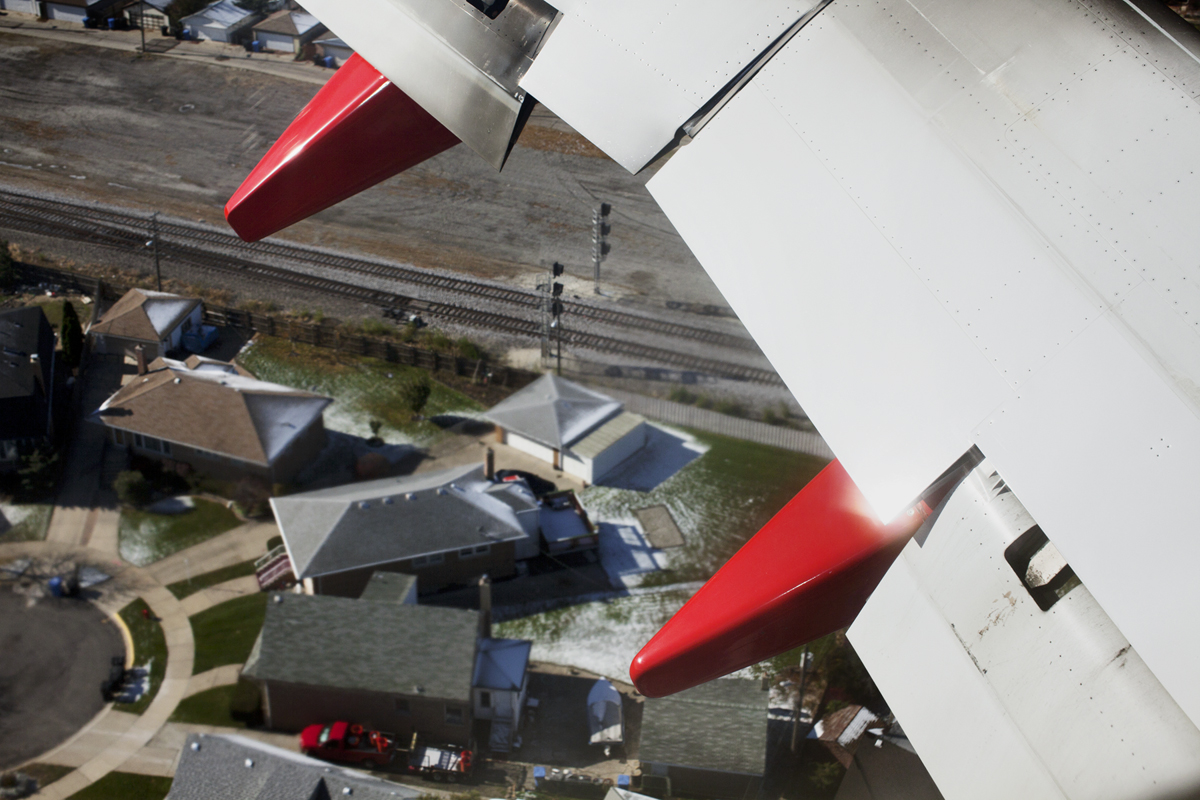 I grew up on the outskirts of Santa Fe, New Mexico on dirt roads with rural route numbers for addresses. I had one friend though, who lived on a cul de sac in a bonafide neighborhood and I thought it was amazing.

Flying into and out of Midway Airport you hover very close to Chicago’s south side neighborhoods. This first photograph comes from our descent onto a runway at Midway. I’m interested in the image because it shows the cul de sac as that “coddled and sheltered asphalt womb”, as Katie calls it, where the neighborhood ends and the railway begins. The show also talks about the classic movie E.T. Flying over the roofs of houses will probably always be a timeless experience full of imagination, longing and escape. 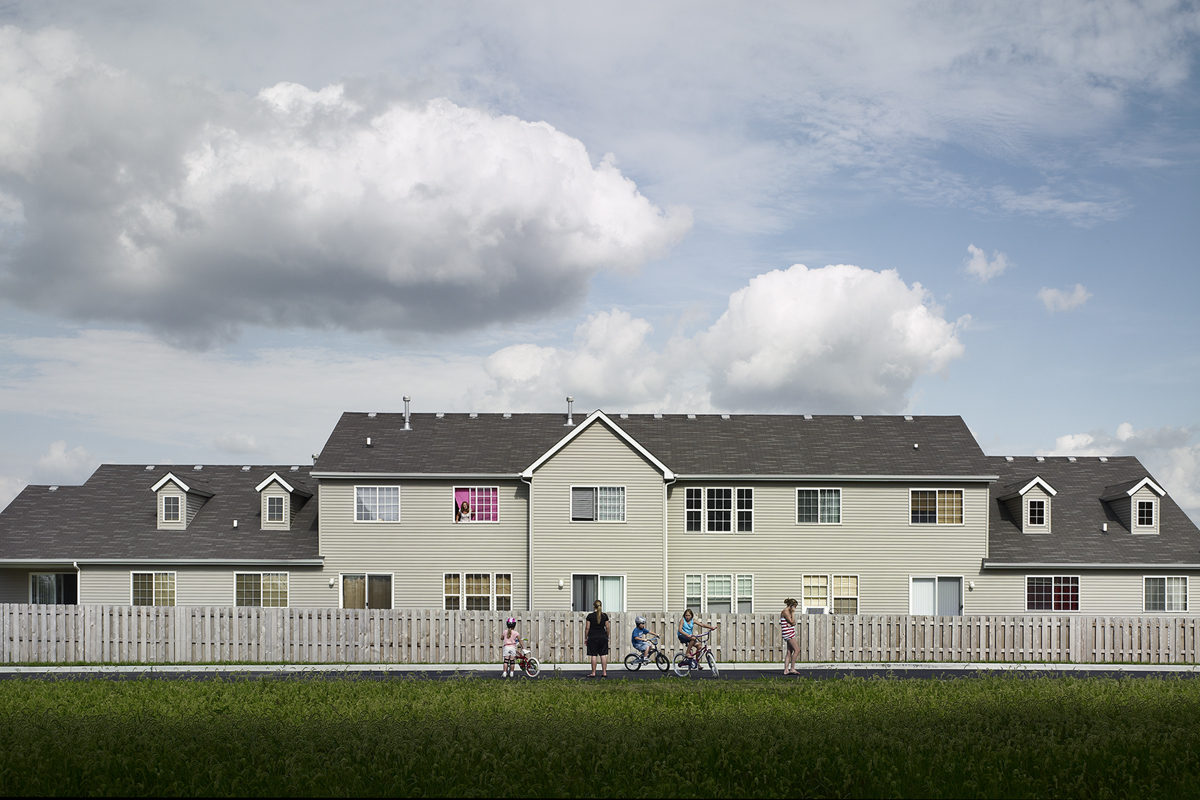 The second photograph is from a subdivision in a small town called Minooka, IL. In the photograph, a mother is peering out of an upstairs bedroom window, yelling down to children playing in the street below. The window is draped in a pink curtain or sheet. I imagine she’s in the children’s room. There are two teenagers in the scene, one talking on the phone and the other dressed in black. Three younger kids are circling on bicycles. I made the photograph from across a drainage field at a newly built high school. This is the epitome of the suburb. It is a facade. The kids do rule the street. And I’m left thinking about something that’s brought up at the end of the episode about designing neighborhoods around the needs of 5-10 year olds.