On and off for the past 100 years, MGM’s lions (seven different ones over the decades) have come alive on the big screen, sometimes even roaring at audiences. These iconic opening sequences clearly stand out as shots of an actual animal. In other cases, though, the physicality of a filmed logo can be hard to decipher at a glance. 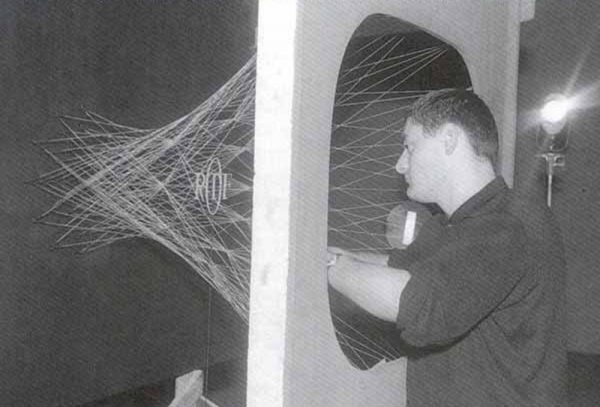 Back in the 1960s, explains Jobson, it “was constructed with an array of strings to provide the identity with a bright shimmer that couldn’t be accomplished with 2D drawings.” In short: a complex 3D shape was employed simply to create a compelling 2D logo.

Many more well-known logos, like the letters of HBO floating in space from the early 1980s, were likewise made using physical objects.

To the eye of a digital-age viewer, the logo part of the shot looks like some kind of rendering or animation. But a behind-the-scenes look shows how practical effects made this sleek flyby possible, with a chrome-plated brass logo and model city with over 100 buildings.

The classic rotating BBC globe effect (dating back to the 1960s) appears, if anything, even more abstract and less physical. 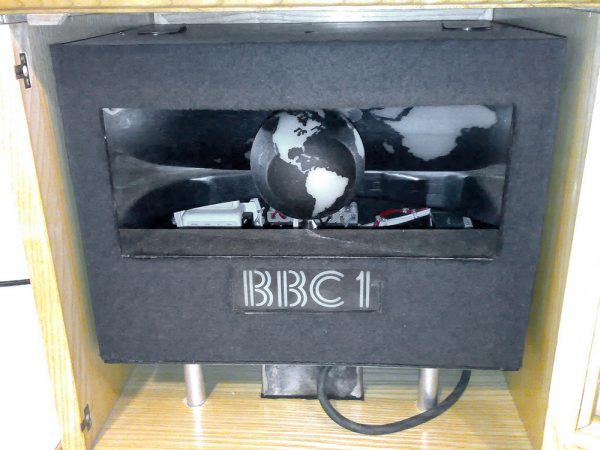 In fact, it employed a physical sphere and mirror. “After filming the rotating globe against a panoramic mirror,” writes Jobson, “it appears the results were then traced by hand similar to rotoscoping.” Oceans were painted black and land masses white — color was added after.

While this all may seem like ancient history, some contemporary logos still use these classics for inspiration. Taking cues from 1970s and 80s title sequences of films and TV shows, the design team of Imaginary Forces built a set of physical signs for Stranger Things. They looked to science fiction films like Alien and The Dead Zone (as well as sci-fi book covers), and played with various mock-ups to record grainy camera effects. Then, with results in hand, they rendered it digitally.

Full of ornate stonework, cemeteries can be beautiful... [Read More]