Every time you go to the bathroom, you should thank Alexander Cumming, the first person to patent a flushable toilet. Cumming’s great innovation was to hook up the toilet to an s-shaped pipe, which uses water to stop sewer gas from coming up and entering a home. Since Cumming’s brilliant invention, the flush toilet has become part of the ‘gold standard’ for sanitation, and a standard feature in hundreds of millions of homes. But as author Chelsea Wald argues, the modern toilet system is in desperate need of a redesign. This week, we talk with Wald about her book Pipe Dreams: The Urgent Global Quest to Transform the Toilet.

Most people don’t spend a lot of time thinking about their toilets, but the flush model is both a marvel and a failure of systems design. On the one hand, it has created a vast sanitation system that has helped add decades to human lifespan by reducing disease. But it’s expensive, and inaccessible for billions of people around the world, including several million Americans. Flush toilets also use about 100 trillion gallons of water every year, at a time when water is becoming more scarce. And the infrastructure needed to support a flush toilet, including a sewer system and wastewater treatment, has serious limitations. While there has been radical technological change in almost every other aspect of our lives, we remain stuck in a sanitation status quo — in part because the subject of toilets is taboo.

A potential revolution in toilets could have many benefits, including reducing inequality, mitigating climate change and water scarcity, and optimizing health. Author Chelsea Wald tells us about vacuum toilets from the Netherlands, smart sewer systems in the hometown of Mayor Pete Buttigieg, and the living nightmare known as “the fatberg.” 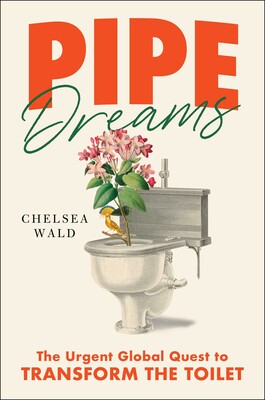 Previous Episode: Matters of Time
Next Episode: The Clinch

For decades, Seattle planners have been exploring a... [Read More]