The Fabric of Life by Kurt Kohlstedt 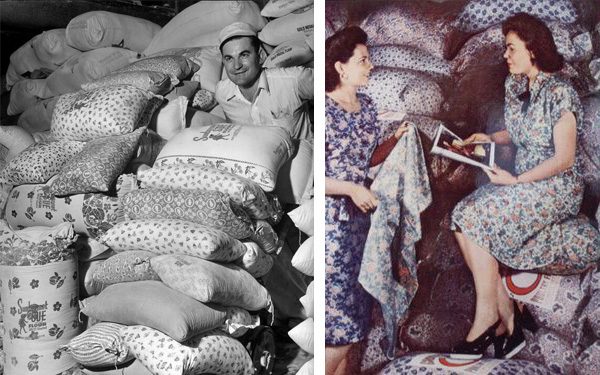 A while back, Kurt Kohlstedt was researching a story about sackcloth dresses, a type of DIY clothing made from upcycled feed and flour sacks. The topic seemed somehow familiar, though, so he decided to call up a historian who might have told him about it — his mother. 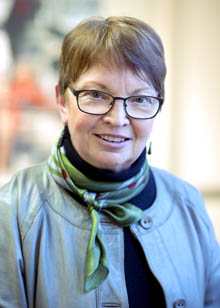 Sally Gregory Kohlstedt is a history professor at the University of Minnesota who teaches courses on science and American culture as well as women and gender in science. She was born in Michigan during World War II. Her dad was working in Detroit at the time, then shipped overseas. So she and her mother went to live with her mother’s parents (Sally’s grandparents) on a rural farm in the “thumb” of the state — an eastern section sticking up into Lake Huron. And like other places in America, people in that region developed ways to deal with shortages, especially in the late 1920s and through the war. 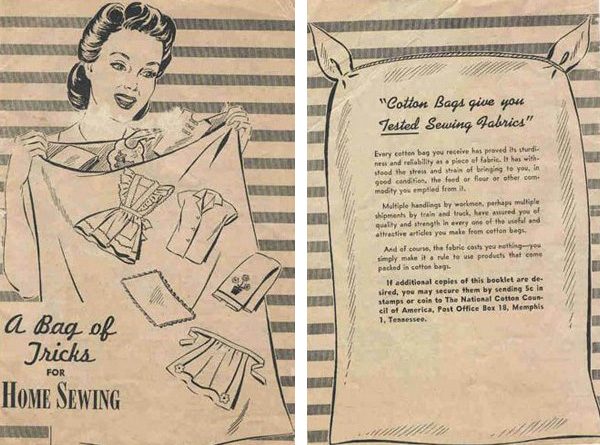 “When I was a little girl,” she explains, “my grandmother did most of the sewing for all of us and so the fabric that she used for what we called our ‘everyday dress’ was actually fabric that she would pick out by going to the local general store.” Her grandmother would buy sacks of flour, and then reuse the sacks. It was a “fairly decent quality fabric” — it had to be finely woven to hold the flour. And the sacks were huge, she says, “as big as I was because they had to hold 50 or 100 pounds of flour,” not like the small five- or ten-pound paper bags we have today.

Her grandmother and the women of that community would bake their own bread, pies and cookies, and they used a lot of flour. Some of the sacks they got were plain or had company logos designed to be washed back out so the fabric could be made white again.

But as companies caught onto this sack fabric trend, they realized they could boost their sales by using nicer cotton and designing fresh and fashionable patterns for their sacks. Some manufacturers even sponsored national sackcloth dress-making competitions.

Over time, a lot of flour sacks came to be covered with different kinds of patterns and colors, which her grandmother picked out carefully at the store. “She learned quickly that I didn’t like pink,” recalls Sally. “So she avoided getting me pink fabric or pink flowers on fabric.” 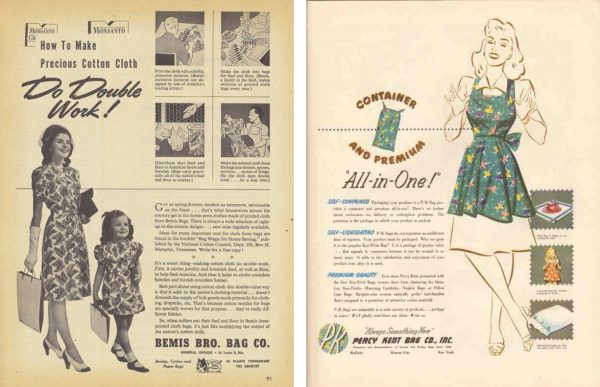 People at the time also turned sacks into quilts, curtains, even diapers. And farmers reused livestock “feed bags” too. The fabric was rougher, but it still worked for things like towels. Sally’s “first sewing experience was taking a piece of that fabric and hemming it so that we could use it for dish towels.” And her grandfather had an apron made by her grandmother for doing really dirty work — too dirty for “work clothes” — like helping to birth calves, which was a “pretty bloody mess.”

Intending no pun, Sally aptly described this phenomenon as part of the “fabric of life” for people living in rural America at the time. These weren’t just about necessity, but also became about fashion and identity. Often, people could tell who was from what family just by looking because they all wore outfits made from the same patterns. Sally remembers sometimes getting “to go to a fabric store and buy velvet or wool or linen. But woven into ordinary life in these farm communities was going to the general store and picking your fabric.”