The Stroh Violin by Sean Real 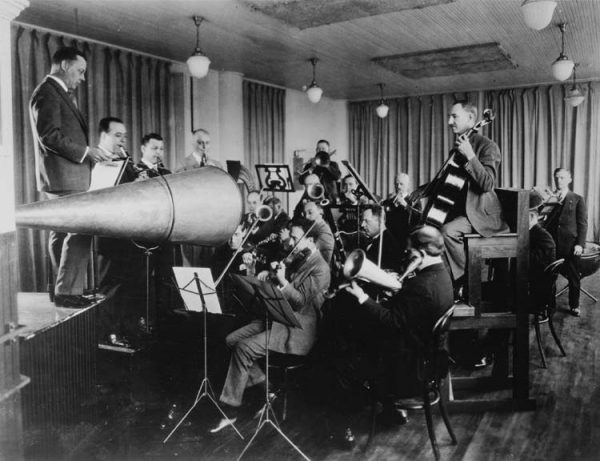 In the late 1800s, people were just starting to consume recorded music, and the process of recording at the time was quite hectic. Before microphones and studios, sound was captured by big horns, which were made mainly of brass or copper.

Recording horns would collect and focus sound vibrations into a diaphragm, which would then vibrate a stylus that cut a groove into a wax disc. But these devices were limited in terms of the sound frequencies they could capture. Brass instruments like tubas and French horns would get picked up much better (and ultimately sound louder) than string instruments like guitars and violins. 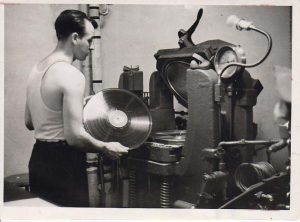 These days, different instruments are recorded on different tracks, and a lot of leveling is done after the fact. But back then, they had to record whole orchestras with just one or two recording horns in the room. Then they would make direct copies of the original recorded disc to distribute.

Effectively, there was no editing. If the French horn was too loud, or an opera singer blew out the recording with their falsetto, the disc was discarded and recording started again. 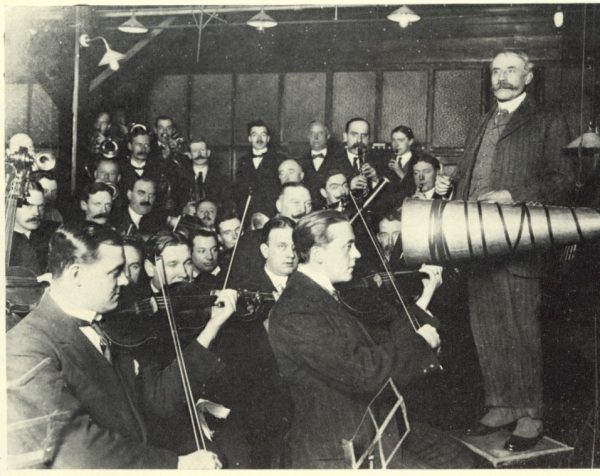 In order to get a balanced mix of different instruments and voices, sound engineers would arrange the musicians all around the studio at various distances from the recording horns. Sometimes they would have the louder instruments pointed at the back wall, away from the recording horn, the musicians watching their conductor in a mirror. They would put pianos on top of platforms so that the mallets and chords inside would be lined up with the recording horn. In some cases, they would even put a singer on a little trolley so that an assistant could wheel them closer to the horn for quieter vocal passages and wheel them away during louder ones. But string instruments were the hardest to record, so, stand-up bass parts were often played on tuba instead. And a lot of engineers didn’t want to deal with recording violins at all, so they left those out. 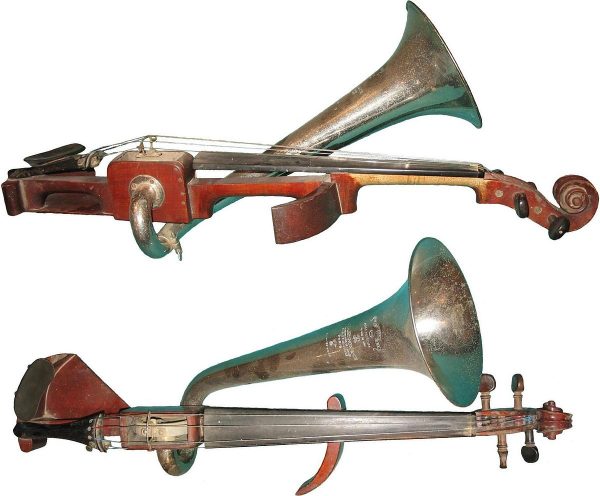 Then, in 1899, John Matthias Augustus Stroh invented a violin to address the limited frequency range of recording horns.

The horn on this Stroh violin amplified the frequencies that were more resonant in the recording horns, so violin parts would come in clearer on the recordings — it was a kind of de facto equalization device. The horns on these instruments were also made to be louder and more directional so that they could be pointed straight at the recording horn. 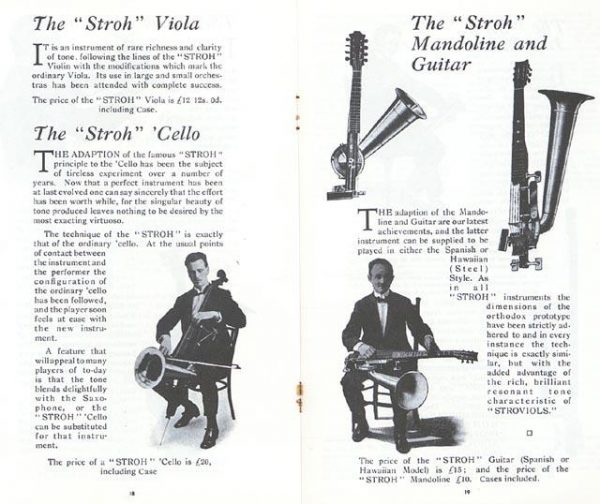 At the time, this was a big deal for the recording industry. The design was applied to all kinds of string instruments: Stroh guitars, Stroh cellos, Stroh mandolins, Stroh ukuleles. And there were articles that speculated about where the Stroh was ushering in a new kind of music.

From a Strand Magazine article published in 1902: “The harmonics are loud and pure, and what is of great importance is an entire absence of ‘scrape.’ This is a point that solo-players will value highly.” 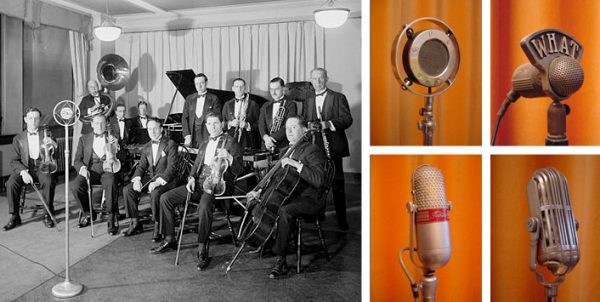 Then, in the mid-1920s, electric microphone technology began to make its way into recording studios, and broader ranges of instruments became more possible to capture. These modified instruments no longer made the same kind of practical sense, so the Stroh Violin Company slowed production and then finally shut down in 1942.

In hindsight, it is easy to dismiss them as a fad, but without the Stroh a lot of early records wouldn’t have featured violins. And some are still in use today, played by folk musicians in places like Romania and Myanmar. Singer-songwriter Shakira had a Stroh player along on her 2010-2011 tour, as seen in the video above. 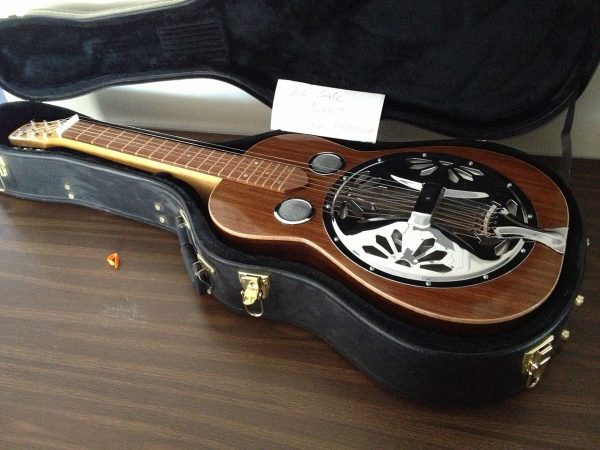 The Stroh approach has left a legacy in terms of contemporary instrument design as well — resonator guitars use similar technology. In fact, one of the inventors of the resonator guitar visited the Stroh Violin Company’s factory in its heyday, and there are a number of articles that suggest he based his designs off what he encountered there.

For more short design stories from 99pi staff, check out Volumes 1 and 2, then tune into listener-submitted tales in You Should Do a Story. Finally, click here for more updates about flag designs (mentioned in Volume 3).

Maps of the United States feature a small but... [Read More]