Lenin or Bust by Joe Rosenberg 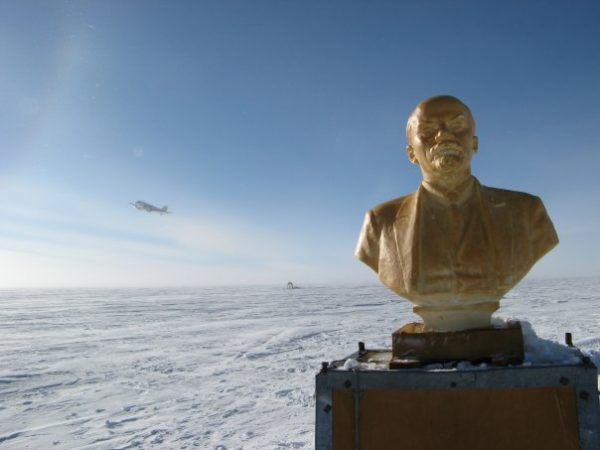 In 1958, more than fifty years after humankind reached the South Pole, Soviet scientists became the first to visit the even-harder-to-reach “Southern pole of inaccessibility.” That’s the point on Antarctica that is furthest from the ocean. Once there, the Soviets planned to set up a research station, but at 12,000 feet and -58°C, the place proved so inhospitable that they gave up after only 12 days.

Before the Russians left, however, they left a bust of Lenin on top of their station’s chimney.  This particular Lenin bust was not much to look at, but like a gargoyle on the top of a cathedral, it really wasn’t meant to be seen up close. More important was simply knowing that it was there, perhaps pleasing to the eyes of God, or in this case, the dialectic materialist forces of Marxist-Leninism. The Soviets even made sure to orient the bust so that it would forever face toward Moscow. 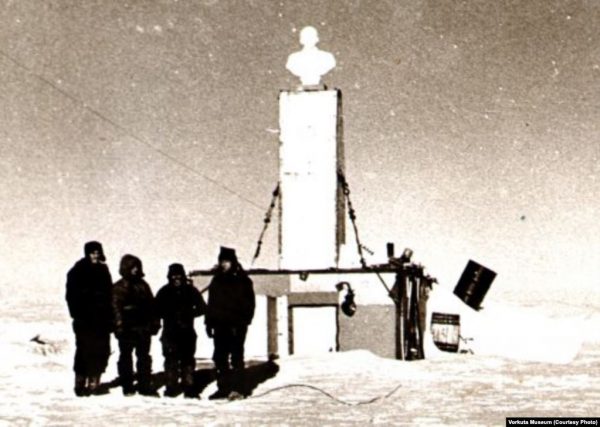 The southern pole of inaccessibility — including its modest Lenin bust — wasn’t visited again by the Soviets until the late 1960s, shortly after which an American research team dropped by, climbed up the pedestal, and repositioned the bust so that Lenin now faced toward Washington, DC.  Upon learning of the Americans’ antics, the Soviets came down one last time just so that they could swivel him back again toward Moscow.

After that, the world’s loneliest Lenin was left to the elements for another half-century, during which time the Soviet Union collapsed and most of the world’s other Lenin statues met their ignoble end. Whether the bust at the southern pole of inaccessibility had itself been toppled by Antarctic conditions, no one knew for sure — until 2007, when an international team of adventurers finally returned to the station and discovered that the bust was still hanging in there, more or less. 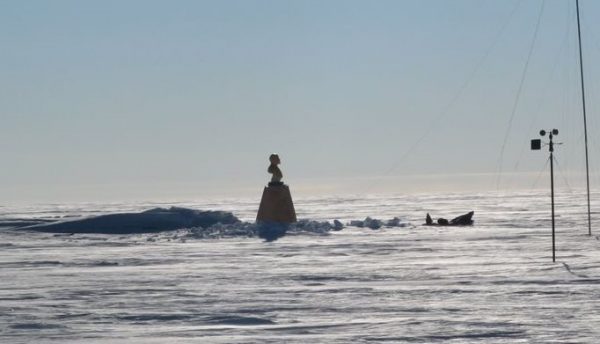 Most of the pedestal had been buried under decades of accumulated Antarctic snow, making the Lenin at the pole of inaccessibility slightly more accessible. Visitors could now walk right up to it.  But this shift may not bode well for the bust’s future. The pole has been visited a handful of times since then, and each time, the ice has encroached further — presumably, it will at some point become entirely buried.

In many ways, this drab, generic Lenin (with its standard-issue defiant expression) is the perfect statue for this place. Even as the ice creeps up, it seems defiant. Perhaps someone could rescue it before it’s too late, but to remove it from its location would be to erase what makes it special. It would go back to being just another generic Lenin bust. Better arguably to leave it there, and let the encroaching ice finally render it truly inaccessible.