In this set of short stories, 99% Invisible producers talked with host Roman Mars about everything from climate-changing sheep to the persistent urban legend behind the invention of a space pen.

Off the shore of Scotland lies an array of islands called Orkney. Many of the Orkney islanders are farmers or herders, but over the centuries, one island in particular has evolved to keep livestock in a highly unusual way. This northernmost island, North Ronaldsay, is home to sixty-two human beings and several thousand sheep. In the 19th century, the islanders made a strange infrastructural decision that shifted how their animals ate and is currently impacting the way people think about livestock and climate change. 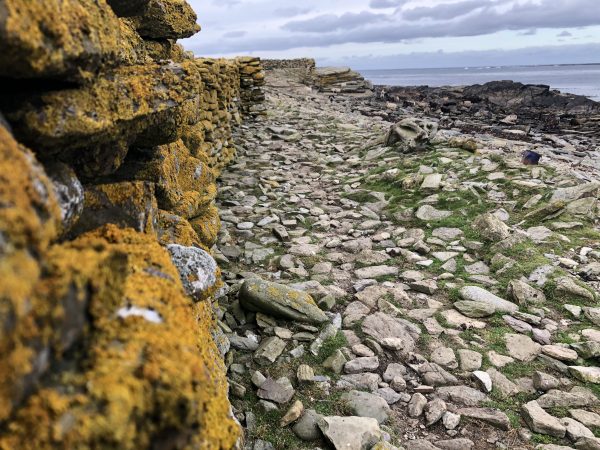 In the 19th century, the islanders built a stone wall around the edge of the island in order to confine their sheep flock to the shoreline. The idea was to prevent the sheep from grazing the pasture in the center of the island, which was reserved for cows. Instead, the sheep of North Ronaldsay have spent the last two centuries eating nothing but seaweed.

In fact, these sheep are one of only two land animals to subsist entirely on seaweed, the other being the marine iguanas of the Galapagos. The animals have evolved to the point where the washed-up kelp is their preferred diet — and it has changed them. Kelp is quite low in copper, and so the sheep have had to adapt by becoming extremely copper sensitive. Now they can actually get copper poisoning if they eat too much grass. The sheep’s marine diet also gives their meat a unique flavor and has turned North Ronaldsay mutton into something of a delicacy. 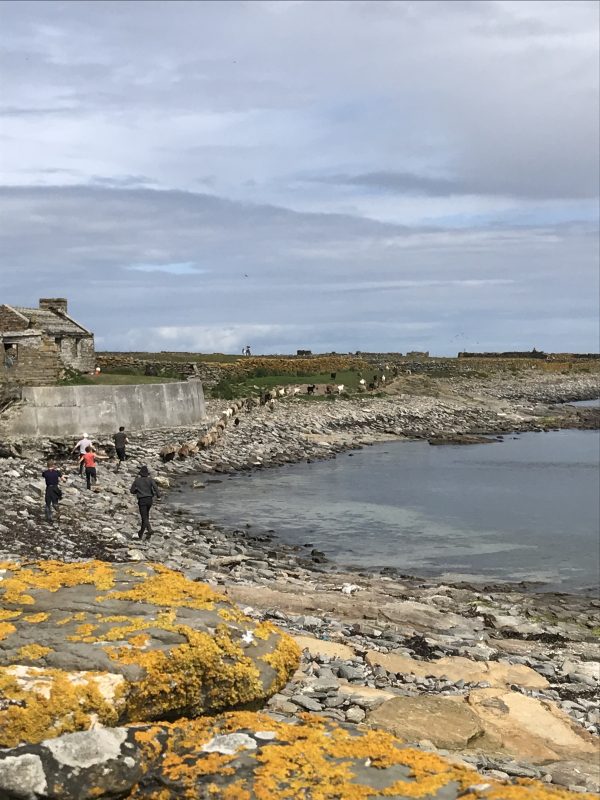 In recent years, though, the seaweed-eating sheep of North Ronaldsay have gotten famous for something other than their flavor. Scientists recently discovered that eating small amounts of seaweed can dramatically reduce the amount of methane that livestock produce. People are currently experimenting with different seaweed supplements that could be added to the diets of cows and sheep to reduce their greenhouse gas emissions. But the sheep on North Ronaldsay wouldn’t need any additives. They eat nothing but seaweed! And their stomachs might hold the secrets to successfully introducing seaweed into the diet of livestock worldwide.

If you visit North Ronaldsay you’ll find the sheep patiently waiting at the water’s edge for a wave to bring them dinner. Still, it’s a constant struggle to keep them confined to the shoreline. Over the years, some people have left the island and wall maintenance has gotten harder with fewer folks around to work on it.

So the islanders decided to hire a new, full-time communal sheep dike warden — Sian Tarrant — to try and make sure that the sheep don’t get through the wall. Sian spends her days circling the island, fixing holes in the stone wall and trying to keep the sheep on the shorelines. “The sheep are really intrepid though,” she says, “and there’s actually been stories of sheep climbing on each other’s backs to actually get over the dike.” Still, she says, for the most part the sheep seem content with the coastal lifestyle they have developed over the past two hundred years. And so for now this unique breed of sheep will continue to persist, all thanks to a very old stone wall.