The Universal Pen by Kurt Kohlstedt

After Roman and Kurt published The 99% Invisible City, they went on Reddit to answer questions from fans — and one of them asked if we’d be interested in covering left-handedness. So Kurt wrote an article about the challenges of being a lefty in a world mainly designed for righties. But it also reminded him of a space-age device designed not just for left- or right-handed people, but for anyone, anywhere. 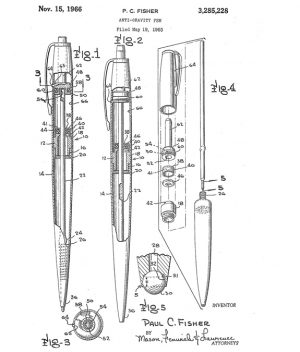 There’s an old urban legend that while NASA was spending millions of dollars developing a pen that could write in space, the Soviets just used a pencil. It’s a tidy tale, but effectively untrue — in reality, space agencies around the world tried different approaches, including pencils, but small fragments of graphite and other debris could be highly dangerous if they clogged up electronics or filters. That’s where a entrepreneur name Paul Fisher came into the picture, determined to solve the problem of zero-gravity writing through his own company, independent of any space program. 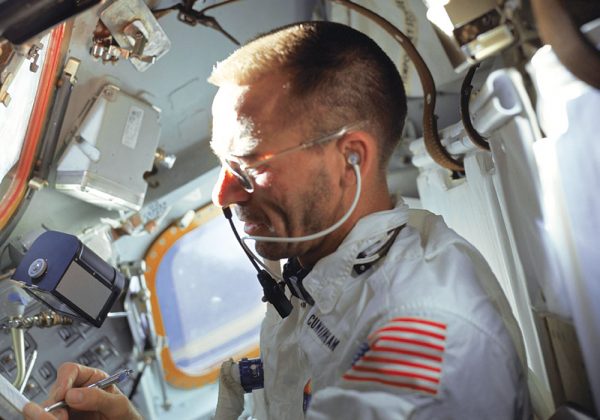 Normal ballpoint pens rely on gravity to draw ink down onto a page, which was a no-go in space. So Fisher poured millions into research and development to create a pen to not only write absent gravity, but also withstand extreme heat and cold (plus: last for decades). Then, instead of charging space agencies a fortune to use his creation, he offered it to them at retail rates — arguably a good marketing move, since Fisher’s space pens then also took off among consumers. Where literal rocket scientists had failed, a businessman had succeeded, and since he held the patent, he could market them to the public, too. 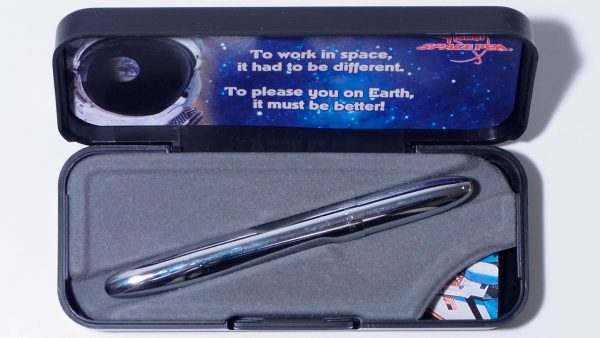 The key component of these space pens is nitrogen-pressurized ink contained in hermetically-sealed cartridges. Most pens use gravity to drain ink down onto a page, but these pens actively push the ink out.  This mechanism proved helpful for left-handed writers, too. Consider a ballpoint pen: if you pull it across the page from left to right (in your right hand), the ball rolls and ink comes out as usual. But if you push it across the page (in your left hand), the rolling is impeded — you’re working against the mechanism, essentially. Since Fisher’s pens actively push ink out, orientation doesn’t matter — righties, lefties, people laying on their backs and writing on ceilings, it works for all of them.

99% Invisible
Left Behind: Persistent Frustrations in a…

Left Behind: Persistent Frustrations in a World Designed for…

Fisher designed these pens for astronauts going out to explore the universe, but right here on Earth they proved to be a different kind of universal design, accessible to people writing in any direction. Kurt, for his part, carries a space pen around in his backpack, just in case — it’s nice to have a writing utensil handy that anyone can use.