There’s a daytime talk show on CBS called The Talk in which five female hosts sit around a table discussing current events. When the show returned for its 4th season premiere in 2013, they unveiled something called “Secrets Week.” Over the course of the week, each of the five co-hosts took turns revealing one of their deepest, darkest, juiciest secrets. And the most interesting was a secret that came from co-host Julie Chen.

The way Chen tells it, she’d been paying her dues as a reporter, but what she really dreamed about was becoming an anchor. When she approached her news director about the possibility, he told her: “Because of your heritage — because of your Asian eyes — sometimes I’ve noticed when you’re on camera and you’re interviewing someone … you look disinterested.”

Chen, who is Chinese American, found herself wondering if he had a point, and reached out to a prominent talent agent for some career advice. He actually took it a step further saying, “I cannot represent you …. unless you get plastic surgery to make your eyes bigger.”

And then Chen admits to the audience that she got a procedure called blepharoplasty. For people who are not of East or Southeast Asian descent, blepharoplasty is usually done to lift loose or sagging skin around the upper eyelids caused by aging. But for a lot of people of Asian descent, this surgery is not strictly about aging and more commonly referred to as “double eyelid” surgery.

About half of Asians are born with what’s called a “monolid” or “single eyelid,” which means that there is no visible crease on the eyelid skin above the lash line. This is what Julie Chen had before.

The double eyelid surgery adds a crease — so instead of the skin of the upper lid running smoothly from the bottom of the eyebrow straight down to the eyelashes, there is now a small indented fold in the skin, just a few millimeters wide, that runs in a horizontal crescent above the lash line. This crease subtly changes the eye shape in a way that makes the eye itself appear slightly larger. The simplest method doesn’t even involve any cuts, just a few stitches along the eyelid to create the crease.

Before the 1860s, Japan practiced a policy of isolationism and limited their contact with other nations, but during the Meiji Restoration, which took place from the 1860s through the early 1900s, Japan opened up.

The Japanese began incorporating a European-style banking system, new kinds of scientific technology, and Western-style clothing. It was also around this time that the first double eyelid surgery was performed by a Japanese surgeon.

As Asian countries’ contact with Western nations increased, so did an appreciation for double eyelids over monolids. This was true of the Japanese during the Meiji Restoration, South Vietnamese during the Vietnam War, and also in South Korea.

While blepharoplasty already existed in Asia here and there, it didn’t really take off in popularity until the end of the Korean War.

By the time the armistice was signed (dividing the peninsula into North and South Korea), the impact of the war had left South Korea pretty reliant on help from Western nations.

John DiMoia, a professor of medical history at Seoul National University says, “What happened obviously created a certain path dependency in the sense that much of the aid was coming from Western countries.”

Western aid came in the form of food, construction, and importantly — medical aid. This is how an American doctor, named David Ralph Millard, ended up in South Korea Millard had graduated from both Harvard and Yale, then served in the navy before settling on reconstructive surgery as his specialization. He studied under Harold Gillies, who was a pioneer in the field and known for his expertise in repairing the bodies of WWI and WWII soldiers maimed in battle.

Millard was stationed in Seoul in 1954, where he served as chief plastic surgeon for the United States Marine Corp. It was his job to provide reconstructive medical assistance to those suffering from disfigurement caused by war, burns, or simply a lack of medical access. He first became well-known for doing cleft palate surgeries on children.

Millard’s work in cleft palate repair earned him a lot of respect in the field of reconstructive surgery, but would soon become famous, or maybe infamous for another procedure entirely — blepharoplasty, or “double eyelid surgery.” Millard was the first documented surgeon to perform this procedure in South Korea, on a Korean translator.  “He felt that because of the squint in his slant eyes, Americans could not tell what he was thinking and consequently did not trust him. As this was partly true, I consented.”Over the course of his year in South Korea, Millard continued performing blepharoplasty on others, including Korean sex trade workers who were trying to appeal to American GIs. To Millard, blepharoplasty offered a solution to a cultural disconnect between East and West, but it was only those with Asian features who were expected to change their bodies.

Over the course of his year in South Korea, Millard continued performing blepharoplasty on others, including South Korean sex trade workers who were trying to appeal to American GI’s. In Millard’s eyes, blepharoplasty offered a solution to a cultural disconnect between East and West, but it was only those with Asian features who were expected to change their bodies.

In 2017 alone over 12,500 Asian Americans had double eyelid surgery, and given the racist history behind the procedure, it makes sense that some people in the U.S. are vocally critical about it … but it’s more complicated than that. 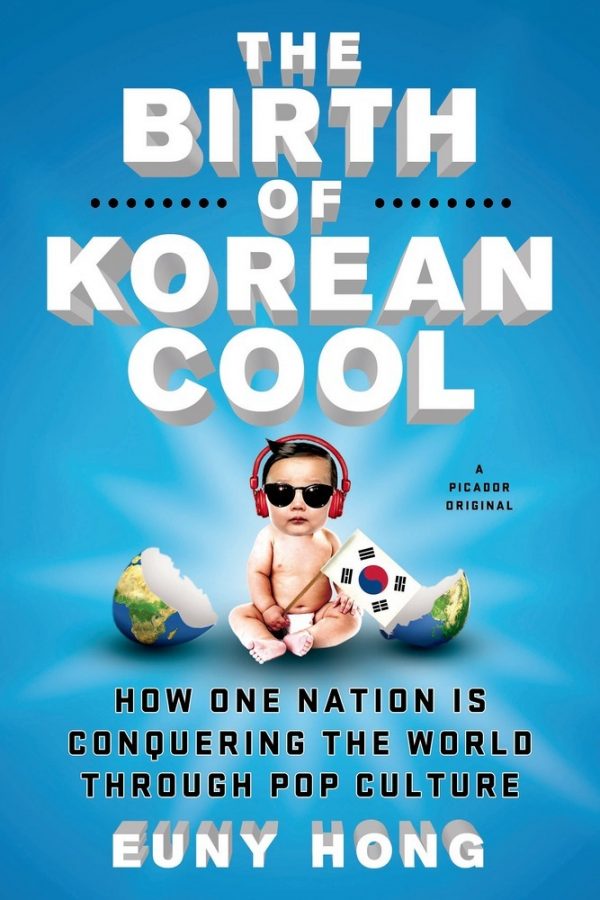 The American media tends to assume that Asians are getting the surgery to look Caucasian. And in a multicultural society like the U.S. — where racism is a daily reality — it can be hard for us not to interpret people’s motivations through that lens.

But Hong says it’s different in South Korea. While the procedure might have originated with the desire to look more western, she says that isn’t necessarily why South Korean people get it anymore.

Leem doesn’t necessarily mean that the surgery itself is different, but the context around it has shifted since the 1950s. South Koreans aren’t looking to have their eyes changed for the same reasons that they did back then. Today, they’re aspiring to their own uniquely South Korean standard of beauty, which has been shaped by complex cultural factors.

In the late 1990’s South Korea suffered through a financial crisis, and the International Monetary Fund, or IMF, stepped in and completely restructured and modernized the economy. 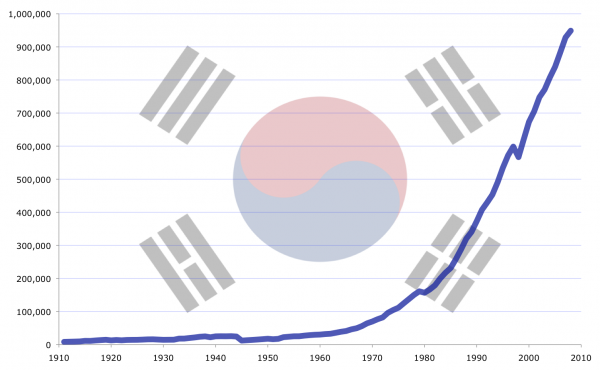 Even though the country has since recovered (and now has the 11th largest economy in the world), getting a job can still be hard. People did, and still do, whatever they can to compete. “Your appearance is one of your resources,” explains Leem. “So you have to kind of develop your body [and] your appearance to have a better job and better future or better partner.”

The South Korean government, for better or worse, has fully embraced and encouraged the plastic surgery industry as a national income source. The government has lifted a ban on medical advertising, and revised immigration rules to make it easier for foreign patients to get long-term medical visas — and their efforts are working. Medical tourism makes up a huge portion of the plastic surgery industry. People come from all over the world to have work done in South Korea.

Twenty percent of women in South Korea have gotten some form of plastic surgery done, and if you look at women ages 19 to 29, it’s more like 33%. Women face such immense cultural pressure to conform physically, that it can be hard to resist it.

Ji Yeo is a photographer who’s spent time documenting the healing process of South Korean plastic surgery patients. She’s witnessed many of the recent trends in Korean beauty culture. “So basically,” she explains, “you have to have achieve [a] somewhat baby-looking face, which is: lighter skin, big eyes, narrow and high nose.” Yeo says many people also want a sharp, defined, v-line chin with narrow jawbones. The overall effect they go for is almost pixie-ish. 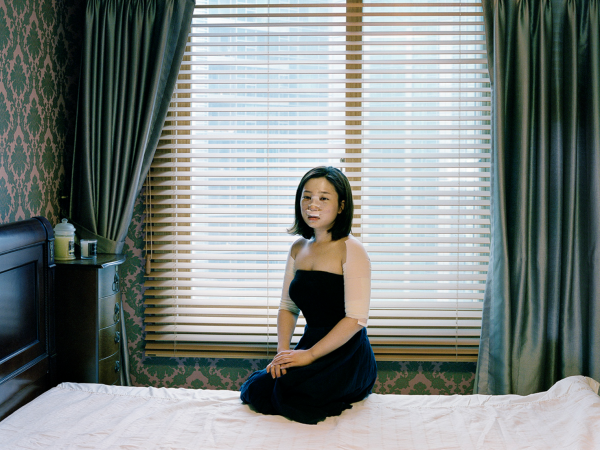 But as critical as Yeo feels about some aspects of the plastic surgery culture in South Korea, she does wish that the rest of the world would stop being so judgmental. Whether you’re a Korean woman trying to meet your culture’s exacting beauty standards — or an Asian American woman like Julie Chen, weighing the choice between changing your appearance or hobbling your career prospects — you’re basically damned if you do and damned if you don’t.

Sad Topographies: A Collection of Dismal Places to Go When Feeling Low

The names of routes and places often tell... [Read More]