In the early 1900s, reconstructive and cosmetic surgery drove the growth of prosthetics — a field at the intersection of medicine, art and design — as the devastation of World War I left many soldiers alive but permanently disfigured. There was particular interest in anaplastology, which deals with customized prosthetic pieces for people with missing or malformed parts of the body, including the face. And not just doctors but also artists stepped into the fray to offer up their skills.

WWI was a tragic time to be a soldier given advances in military technology as well as the nature of trench warfare. Soldiers would pop their heads up out of trenches to fire off rounds or advance, leaving their heads especially vulnerable. It was also a moment in history where medical treatment was starting to get a lot better, so a lot of them suffered from terrible head wounds but survived. 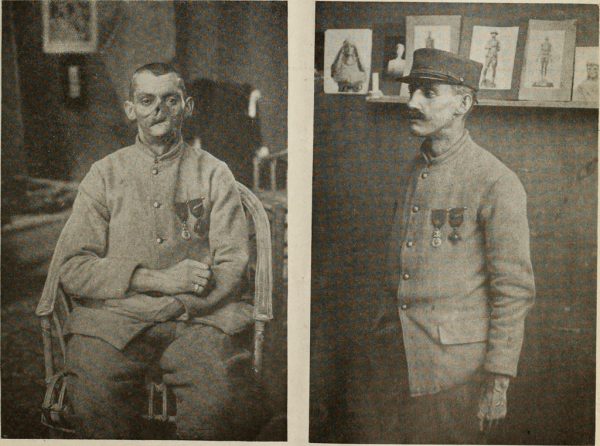 For soldiers returning from the front lines, adjusting to everyday life could be difficult, especially with a highly visible injury. Some reconstructive surgery existed, but for those with severe damage (in some cases missing noses, jaws or entire sections of a face), it often wasn’t enough, which is where anaplastology came in.

Anna Coleman Ladd was an American sculptor who lived in Boston at the time. A lot of her pre-war artwork involved making upbeat figures, like bounding nymphs and happy baby sculptures designed to adorn fancy fountains. But with the war on, her husband (a doctor with the American Red Cross) moved to France, and she went with him. There, she founded something called The Studio for Portrait Masks, which made facial masks for veterans with disfiguring injuries. 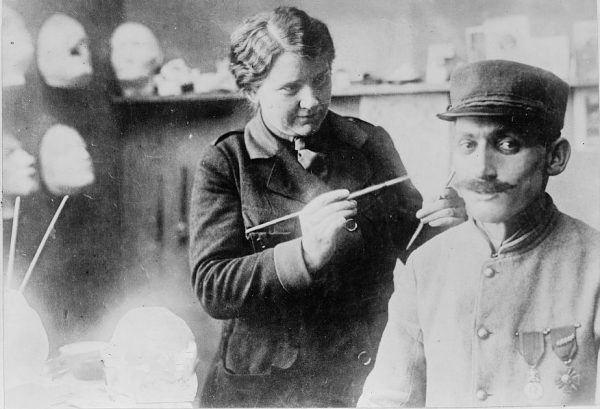 Each mask would take about a month to make. Ladd would base the looks on pictures of the veterans before their injuries to try and match as closely as possible to what they used to look like. She would take a plaster cast of their faces, then she’d shape the mask itself out of thin sheet galvanized copper, which could weigh up to half a pound. Most of them were held onto the face with either string, or wire, or as eyeglasses depending on the injury. 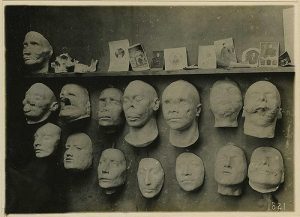 She would hand paint each mask directly on their faces to make sure the skin tone matched, which was particularly tricky because the hue of one’s skin will change depending on levels of tan. So she would split the difference between the hues when she was coloring. She would then attach real human hair or slivered tin foil to create a mustache or eyebrows — and if the mask had to cover up a damaged mouth, she would keep the lips of the mask open just wide enough for the person wearing it to be able to put a cigarette into it. 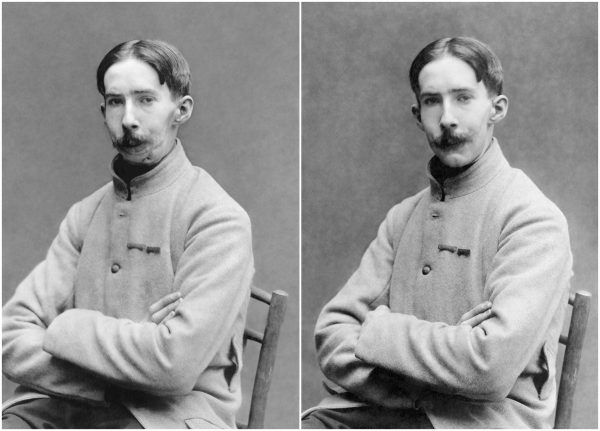 Coleman wasn’t the only such mask-maker — other sculptors and designers followed the same calling, helping create prosthetics for veterans. And while these masks were a necessarily incomplete solution to an impossible problem, they picked up where medicine left off, and helped soldiers fit back into the society they left to fight for.

People like to imagine that their favorite urban green space represents... [Read More]