William Murphy was not the first pioneer of space-saving furniture, but thanks to some clever innovation, good timing and fortuitous funding, his surname has become the household name in foldout beds and a widely used generic applied to similar designs.

Murphy was born in 1876 to a miner in a Gold Rush-era boomtown near Stockton, California. Growing up, he bounced around between places and jobs before landing in the middle of San Francisco. There, in 1900, he designed the bed for which he would become famous. 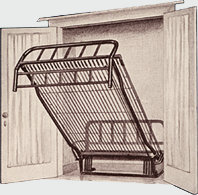 In the big city, he faced the same problem many still do today: insufficient space. To make room in his studio apartment, he designed a bed with a pivot system allowing it to fold neatly up into a wardrobe. According to family lore, he was particularly motivated to innovate for very personal reasons.

For context: given the social mores of that era, it would have made it ungentlemanly for him to court a partner in an all-in-one space that (among other things) served as his bedroom. 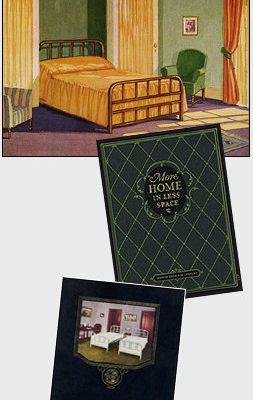 As the story goes, Murphy made his first bed in 1900 specifically to court an opera singer in whom he was romantically interested. Able to stow his bed on demand, he could invite her over to his place without violating norms of the era and risking scandal. He then went on to marry that same woman, and with funding from her father began a company to make more such beds.

Murphy’s bed “In-A-Door” went from being a pragmatic solution developed mostly for working-class people like himself to a status symbol for richer urban dwellers with big-city condos in places like New York City. As more and more people moved into increasingly crowded urban areas, the design grew popular across the wealth spectrum, appealing to everyone seeking to save a bit of space, which, in a city, is just about everyone. 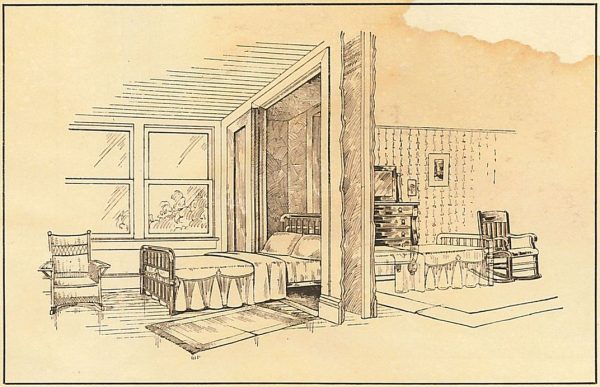 In many ways, the rise and fall (and rise again) of Murphy beds have followed the trajectory of urban development. Murphy beds took off as workers pivoted from rural agriculture to city industries. The beds lost ground in the wake of World War II as veterans and others pushed out into larger suburban homes, but gained traction again during periodic recessions and later as more people began moving back into cities.

While its popularity in private homes has gone up and down, this bed design strategy has also made its way out of residences and into other contexts, like dormitories and hospitals, hotels and cruise ships. Other variants on the concept have emerged as well, including futons but also couches that transform into bunk beds and even beds that pull down from ceilings, which can offer different benefits in various spaces.

It is hard to say how much this evolution traces back to Murphy’s innovation, but the range of space-saving, multi-functional and transforming furniture designs has grown significantly over the past century. There are of course classic folding card tables, but all kinds of other creative designs too for converting one kind of space into another on-demand, from studio apartments to wedding venues, including ones that still span the wealth spectrum, like folding chairs.

99% Invisible
Edge Of Your Seat