Continuing 99pi’s year-end tradition of bringing you a collection of short stories our staff came across throughout the year, this installment includes a hodgepodge of European architecture, nearly useless gadgets, the power of blue light,  and a fiery holiday tradition.

There is one item of clothing that producer Avery Trufelman has been wearing since she was three years old. It’s a grey t-shirt featuring lines from a 1960s British television show called The Prisoner. It’s about a British spy who is abducted and brought to a mysterious village where everyone is suspiciously happy all the time. The village seems to be removed from all other societies. The buildings look like castles, villas, and townhouses all smashed together. All the people in the village are wearing bucket hats and Keds. No one has a name — everyone goes by a number.

As surreal as the plot of this show sounds, the actual location that the series was filmed at is even more interesting. In the 1920s, Sir Bertram Clough Williams-Ellis was a Welsh architect who was enchanted with the Mediterranean. 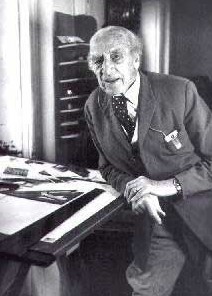 After doing a lot of work rebuilding England after WWI, he realized that in the process of rebuilding, too many beautiful old buildings were facing the wrecking ball. He returned to his native Wales and decided to bring the beauty and the history of the whole of Europe to his homeland. Literally. From 1925 to 1975, Williams-Ellis hunted for crumbling remains of castles, houses, and villas across the continent , and rescued them by bringing them to this one spot. He named the site Portmeiron: “Port-” from its place on the coast; “-meirion” from the county of Merioneth (Meirionydd) in which it was sited.

Williams-Ellis layered different architectural styles on top of each other, and then painted them bright, fanciful colors. It was postmodernism before postmodernism. He built secret stairways and pathways connecting remnants of buildings from different eras, created fake windows that lead nowhere, and unaccessible verandas.

In 1964, Architecture critic Lewis Mumford wrote “Portmeiron is a gay, deliberately irresponsible reaction against the dull sterilities of so much that passes as modern architecture today.” Frank Lloyd Wright paid it a visit in 1956. Gregory Peck, Ingrid Bergman, and Paul McCartney also came to see it. But The Prisoner is what put Portmeiron on the map. And that’s probably what it’s best known for today.

By popular request, here is a photo of “The Prisoner” t-shirt worn by Avery Trufelman. 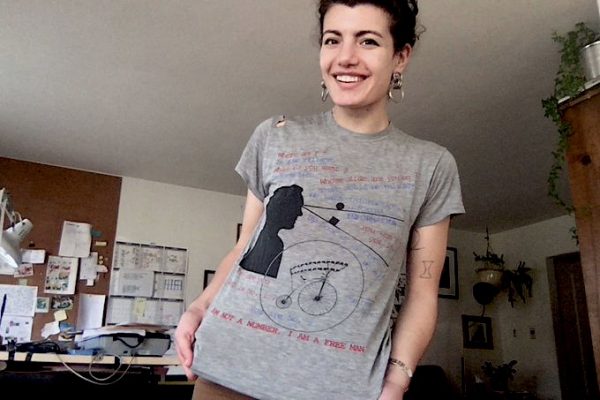 Goofy Feet: The US Plans to Finally Standardize the Length of a Single

The United States remains one of the few... [Read More]