During the holidays, it’s pretty common to light a fire in the fireplace for a little heat and ambiance. Anyone who doesn’t have access to a fireplace can find videos of a crackling fire on YouTube and pretend to keep warm. There are lots of different video loops that you can find online, but the idea of making a video of a fireplace has its own genesis moment.

Radio stations and TV station are always looking for content during the holidays. One year in 1966, a station manager named Fred Thrower of a television station called WPIX in New York City had an idea for something they could broadcast. Thrower wanted to provide the warmth and luxury of a yule log to city dwellers who didn’t have fireplaces in their own apartments.

The first video shoot of the log took place at the mayor John Lindsay’s residence at Gracie Mansion. The video started with a Christmas message, then would slowly zoom in on a mantel with stockings hung on it until it was just the image of the fire with holiday music over it. Lindsay had given the crew permission to shoot in his home, but there was a mishap where a spark flew out of the fireplace and damaged a very expensive $4,000 oriental rug. What aired was a three hour long broadcast of the fire on Christmas Eve.

New Yorkers loved this broadcast, but the video was only a 17 second loop of the fire, and some people were able to tell when the loop started over and over. On top of that, the film itself was starting to degrade, so a few years later they decided to re-shoot it. Unfortunately, the mayor didn’t forget about the damage done to his rug, and didn’t allow it to be filmed in his home at Gracie Mansion again. They needed a new location.

The crew ended up finding a very similar-looking fireplace in Palo Alto, CA, and filmed it in August of 1970 during a blistering heat wave in Northern California. This Palo Alto fire became the quintessential yule log that aired for 20 years. It became the Classic Yule Log — not to be confused with the “Original” Yule Log.

“The 1966 yule log that was shot of Gracie Mansion that aired for those first four years as the ‘original,’ but it’s not the classic because most people don’t remember those original years,” says yule log enthusiast Chip Arcuri.

One Christmas in 1990, New York fans of the yule log turned on their televisions to find that the broadcast wasn’t on. WPIX had a new program director, who had decided that airing the yule log took up too much commercial time and nixed the tradition. Angry fans started petitions and even created a “bring back the log” website, but nothing seemed to persuade the station to re-air it. 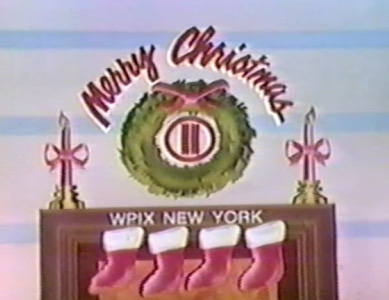 It wasn’t until September 11th, 2001 that the station finally changed its mind. Arcuri recalls, “What happened is after the terrorist attacks, Betty Ellen LaManno was the president of the station at the time New Yorkers needed comfort food television. They needed something to remind them of the past … more simple, happier days.”

So they put it back on and it still runs today. It runs for an hour on Christmas Eve, and then a few hours on Christmas Day as well. Arcuri believes very strongly that the best time to watch it is Christmas Eve. For him, it’s like a spiritual experience.

As protective symbols go, a Gorgon with snakes... [Read More]