In downtown Providence, Rhode Island there is a large and prominent plot of land that sits on the bank of the Woonasquatucket River. In 1838, it was the home of the the Rhode Island State Prison. Later, the land housed the Continuing Education campus for the University of Rhode Island. After that came the dirt parking lot of Ray’s Park & Lock.

In a grand effort to revitalize the city, the Providence Place Mall was opened in 1999. The mall cost 500 million dollars to build, and was considered a “super regional,” meaning a one-stop shopping destination that housed everything consumers could possible want or need in one location.

Artist Michael Townsend lived nearby when the mall was going up. At first, Townsend had an open mind about the project. He was cautiously optimistic that it could bring more people and business to the neighborhood.

Townsend’s daily running route took him past the construction site, and he watched as the building slowly took shape. There was one particular part of the building that kept catching his eye. Amidst all the bustle of construction, there seemed to be a spot where nothing was going on.

There were two giant walls which almost touched, but not quite. Townsend remembered thinking to himself: “Why isn’t that just one wall? Why would you build two walls with enough space to squeeze through them?” The narrow canyon between the walls led to a seemingly unused space that was a couple of stories up, but didn’t quite seem to be storage or parking space. Townsend wasn’t sure what the space was doing there. All he knew was that the result was a kind of accidental room in the guts of the building, that only existed by virtue of the intentionally designed rooms around it.

The Fall of Fort Thunder

Four years later, a second group of developers, encouraged by the success of Providence Place, set their sights on Townsend’s neighborhood. He lived in a historic mill district with several other artists in a building called Fort Thunder.

This new development project used a specialized computer algorithm to determine where the best place to construct was, and unfortunately for Townsend, it was right on Fort Thunder — “like, where the two lines crossed each other … was a predator drone strike on my bedroom.”

The developers wanted to tear down nearly all of the old mill buildings and replace them with more retail. Townsend would end up spending the next two years fighting alongside other residents to save the mill district, but unfortunately, the building was replaced by a parking lot for a supermarket.

Townsend and the other artists saw it as another sign over excess new development in Providence, but they weren’t done with the developers  (or with the mall). They decided the best way to understand what they were up against was to live in the mall for one week without leaving.

In part, Townsend and his displaced friends wanted to do something to reclaim their sense of agency — to assert that spaces like the mall could belong just as much to them as to the developers. In order to do this, they would need to find a space in the mall where they could hide themselves away — an area that was not a store, nor a parking lot, nor a storage area. What they needed was that accidental room that Townsend had spotted years ago. 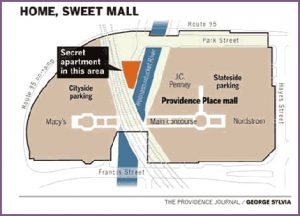 When he got there, Townsend discovered that the long, dark canyon formed by the two walls was still accessible from the ground. The entrance was hard to see at a glance, but it had never been sealed off.

The room was tall and narrow, filled with the byproducts of the mall’s construction six years earlier — things like broken 2×4’s, screws and plastic zip ties that hadn’t even been worth removing. The room had basically been forgotten. “It was big,” Townsend remembers, “It was a big space that served no other purpose. It wasn’t a storefront and it wasn’t a stairwell … it was just… big!”

When Townsend showed the rest of the group what he had found, their ideas about the scheme started changing. The initial plan had been to spend only a week at the mall, but now they were sitting on 750 square feet of under-utilized space. Given the opportunity they asked themselves: “What would a developer do?”

Townsend and his friends got to work clearing the debris from the space. They filled their backpacks with dirt and grime, then carried it out of the mall. And for every backpack full of debris they took out, they’d bring a pack full of something in. They hauled in gallon jugs of water for drinking and cleaning, clamp lights and extension cords for illumination (which they plugged into the malls internal power system). They even built a cinderblock wall to hide the space from anyone else who might venture into the cavernous little complex from various other potential entrances.

Anything that they could buy from the mall to decorate, they would, with a few exceptions — they brought in their own couch and China hutch in broad daylight. “We avoided the night,” explained Townsend, “and we worked with the ebb and flow of the mall. We were just part of the living organism of its daily activities.”

The friends would sometimes live in their secret room for several weeks in a row. Out of the emotional rubble of Fort Thunder, they’d found a new refuge, sort of magical hideout that was both thrilling and strangely relaxing.

The mall’s developers had inadvertently provided a refuge from the world that they were busy developing. Inside, there were no plans for supermarkets or parking lots or retail spaces. It was a perch from which Townsend and his friends could observe the world, without being in it or being threatened by new developments.

When they weren’t enjoying their secret apartment, they enjoyed the mall — not as shoppers, but as residents. Thanks to its late-night movie theater, the mall almost never closed. Sometimes they would just roam the building with no goal in mind, observing its many moods.

The First Rule of Secret Apartment…

One day, they came back to the apartment only to discover that someone had kicked open the door and stolen the Playstation, along with several other personal items. The intruders had left the silverware and the television, which seemed odd for a burglary.

Townsend and his friends were spooked. They had managed to hide the apartment for four years, but now someone knew about the room, and they could come back any time, so they changed things up. They decided they’d only stay there at night when the chances of being caught were low — never during the day. They would also double down on another rule they’d had almost since the beginning: don’t share it with anyone.

Townsend, meanwhile, was hosting a visiting artist from Hong Kong named Jaffa and was driving her to the bus station on her way out of town. As they drove past the mall, though, he figured she would appreciate seeing the secret apartment. What harm could it do?

He showed Jaffa everything — the couch, the lights, the television. At this point, the residents had made a new plan to live in the mall apartment full time for a year. They had figured out to bring in a water tank and were even working on a full kitchen and a flush toilet. After four years of work, the apartment was on the verge of feeling like a real home. 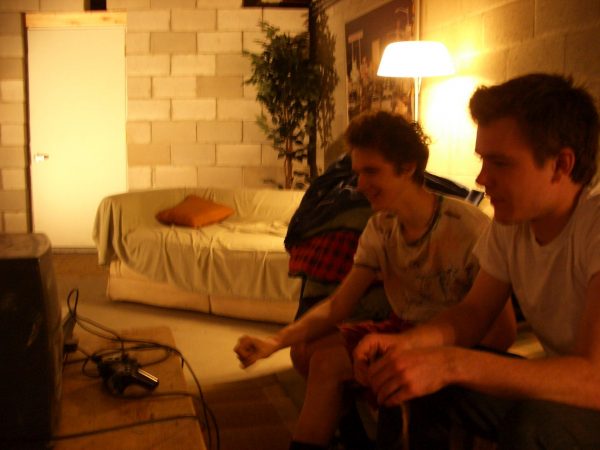 As they were leaving, however, they heard a walkie talkie on the other side of the door. They were busted. It turned out that the earlier break in had been the work of two mall security guards. Instead of removing everything, they had taken the personal items in the hopes of identifying Townsend and his friends. Now that Townsend had been foolish enough to come back during the day, it was all over.

After being handed over to the police and interrogated, Jaffa was eventually let go — but Townsend soon found himself standing in front of a judge in criminal court. The prosecution rattled through a laundry list of offenses. But the judge didn’t seem too impressed by the charges — if anything, he appeared more impressed by the audacity of the secret apartment dwellers. So he gave Townsend a misdemeanor for trespassing and sent him on his way. Townsend, who had lived on and off in the secret apartment for nearly 4 years, got away with a slap on the wrist. But that doesn’t mean he got away entirely.

Just before Townsend left the mall, the mall’s security team handed him a piece a paper. It was the same piece of paper they hand to brawlers, shoplifters and anyone else who has overstayed their welcome — a map of the mall with a red line around it, indicating that Townsend could not come within that distance of Providence Place Mall. 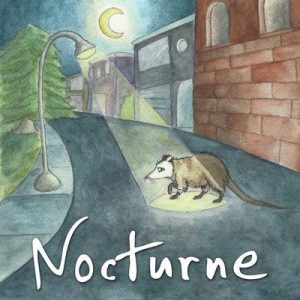 Now, nearly a decade later, Townsend still lives right near the mall, but his days of running anywhere near its thirteen acres are over. He can never go back.

Michael Townsend is still making in art in Providence and around the world and is a member of the Trummerkind art collective, on whose website you can learn more about the secret apartment.

The announcement by Ford that the iconic, long-abandoned... [Read More]

The remains of Carnuntum, an ancient Roman city... [Read More]