When Americans woke up on November 8, 2000—the day after the presidential elections—it was unclear whether Democrat Al Gore or Republican George W. Bush had won. There had been anomalies in the polls in Florida, and there was uncertainty as to which candidate the state should award its electoral votes, which would decide the election.

As four counties in particular in Florida came under scrutiny, it became increasingly obvious that a significant part of the problem had been caused by bad ballot design.

The so-called butterfly ballots at the heart of the controversy featured two rows of names set to the left and right of a central spine. Voters cast their votes by punching out holes down the center, which corresponded to their choice of candidate on either side of the spine.

While the option for George W. Bush was clear (the first hole), the option for Al Gore (the third hole) was not as obvious to voters, many of whom assumed the second name on the left would correspond to the second hole.

Moreover, machines counting the votes were unable to read ballots with “hanging chads,” a byproduct of incompletely-punched holes.

Lifelong Democrats were appalled to discover they might have voted for a conservative Reform Party candidate, Patrick Buchanan (the choice on the butterfly ballot below Bush, but above Gore). Buchanan himself conceded his unusually high numbers in certain areas were likely due to ballot confusion.

There were many elements of the 2000 election in Florida that point blatant unfairness—namely, the disenfranchisement of at least 12,000 voters who should have been eligible to vote. The butterfly ballot, though, was probably more of a design fail.

Ballots are an essential component to a working democracy, yet they are rarely created (or even reviewed) by design professionals.

One of the oldest recorded instances of a vote is found in the ancient Greek play The Eumenides by Aeschylus. In the story, twelve jurors line up and take turns placing a stone in one urn to signify ‘guilty’ or another to signify ‘not guilty.’

A similar lack of privacy can be found in early United states elections, where votes were cast aloud. Casting a vote publicly left voters susceptible to intimidation; voters who did vote their conscience could not always verify that their vote had been accurately recorded or counted at all. The polls could be so raucous that they were sometimes invoked as an argument against women’s suffrage—elections were, some argued, no place for a lady.

Paper ballots eventually replaced the voice vote. At first, ballots were printed by political parties and handed out near polling places, or published in newspapers. Voting for candidates across party lines (a “split ticket”) involved physically altering the ballot, sometimes by cutting and pasting in pieces of paper with the names of the desired candidates, not on the ballot.

But this system was not without problems, either—a non-standard ballot created many opportunities for fraud. The process left much to be desired in terms of transparency and simplicity.

Eventually, the Australian ballot system was introduced in the United States, with government-issued ballots available at polling places. This, in turn, led to voting machines that interfaced with paper ballots, and, eventually, electronic voting machines.

Good ballot design is mainly a matter of following good design principles in general—familiar territory for graphic designers, but not necessarily so for election officials. It helps, for instance, to keep fonts large and legible, and tie candidates clearly to their associated boxes or bubbles. Running usability tests before deployment can also help catch mistakes early. 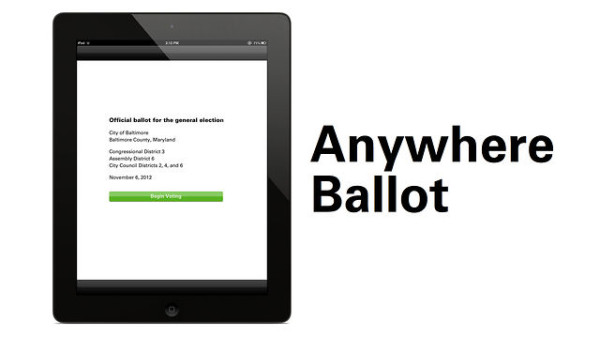 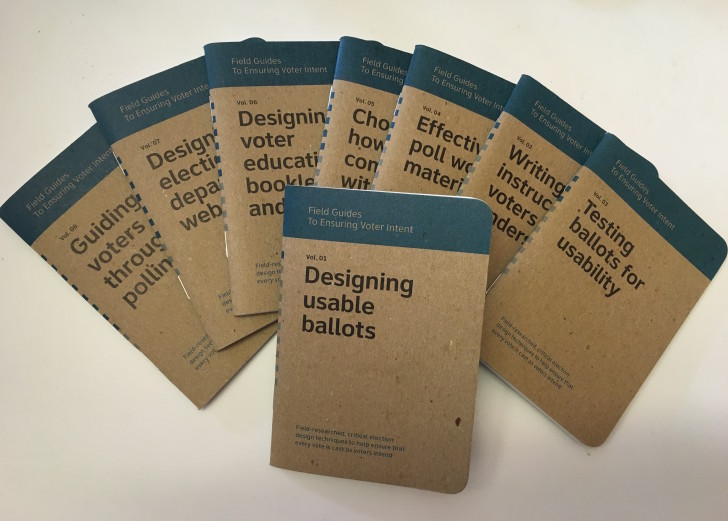 As the election official’s mantra goes: “may the margins be wide.”