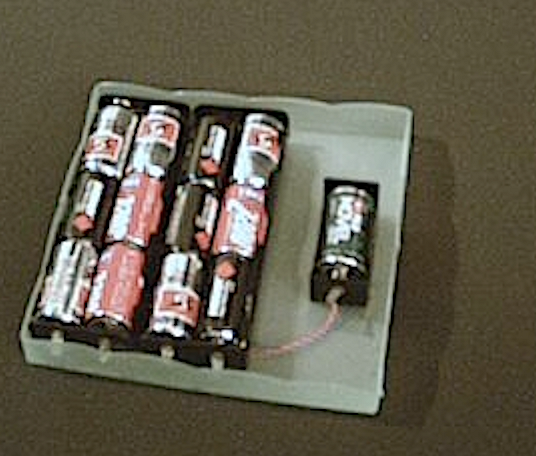 Everyone understands the struggle of being away from a power outlet and having a battery for a device die. This would seem like a hopeless situation, but thankfully, there’s a handy, AC-free battery-powered battery charger. All it takes are 12 new batteries to fully charge that one battery of the same type! Useful right? Probably not! But at the same time it’s not entirely … un-useless.

The AC-free battery-powered battery charger is just one example of a chindogu — the art of inventing everyday gadgets that appear to solve a particular problem but are in reality pretty useless. It derives from the Japanese word “chin” meaning “weird,” and “dogu” meaning “tool.” While there are literally thousands of different types of chindogus, other examples include: a solar-powered flashlight, training wheels for high heels, and a zen kitty litter box that would let you practice the art of sand raking while simultaneously cleaning up your cat’s feces. 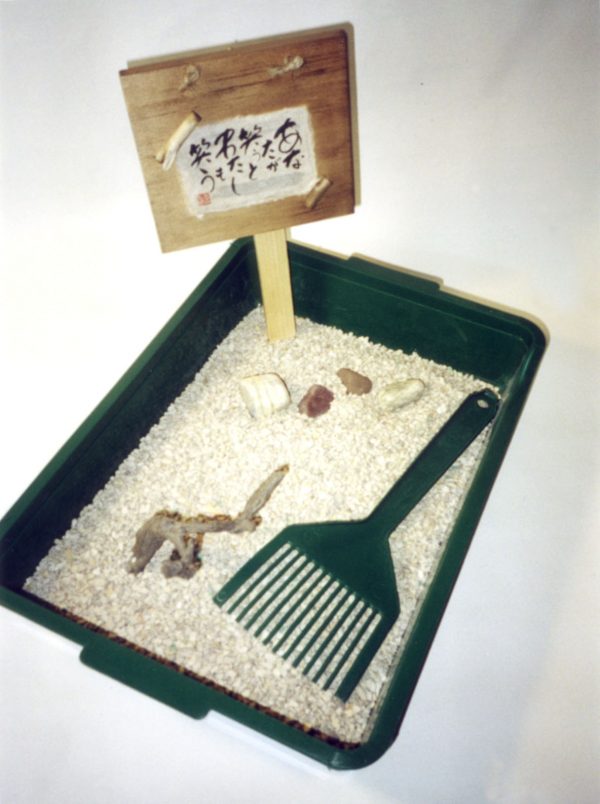 In the early 1990s Kenji Kawakami was the editor of a Japanese shopping magazine called Mail Order Life. Most of the items in the pages were typical home goods like dishware or electronics, but one month, Kawakami realized he had a few extra blank pages that he needed to fill. Kawakami studied aeronautical engineering in school, and on his spare time enjoyed tinkering with crafts in his workshop. As a joke, he decided to fill the rest of the pages with a few of his un-useless inventions just for fun. This ended up being such a hit with his readers, soon Kawakami was including photos of other chindogus in every issue of the magazine.

Within a few years, an American translator and journalist named Dan Papia came across Kawakami’s chindogu, and thought this concept needed to be shared with the world. Papia believed that chindogu could be an entire movement, with people all over the world building their own prototypes, holding contests, and having fun with it. Kawakami and Papia founded the International Chindogu Society and established ten tenets of the art form:

Although it might seem a little strange to use absurdist design as a form of anarchy, Kawakami was actually a radical activist in the 1960s and 1970s. You can see elements of this in chindogu themselves — nonconformity and anti-consumerism is something that is rooted in the concept of the movement. These gadgets represent the spirit of creativity and invention without being bogged down by the threat of commercialism. Kawakami and Papia ended up releasing a handful of books featuring chindogus that they had created, or that had been submitted by other members of the International Chindogu Society. But since the fifth tenet dictates that chindogus are not for sale, Kawakami donated much of his money to charity.