A new luxury condo tower in Manhattan by S9 architecture looms over an adjacent low-rise brick building. Its dramatic 24-foot cantilever reflects the developer’s purchase of airspace rights from its neighbor, allowing the tower to occupy additional area. Above certain heights, the sky is treated as a “public highway” for air travel, but unused space closer to the ground can represent really valuable real estate. 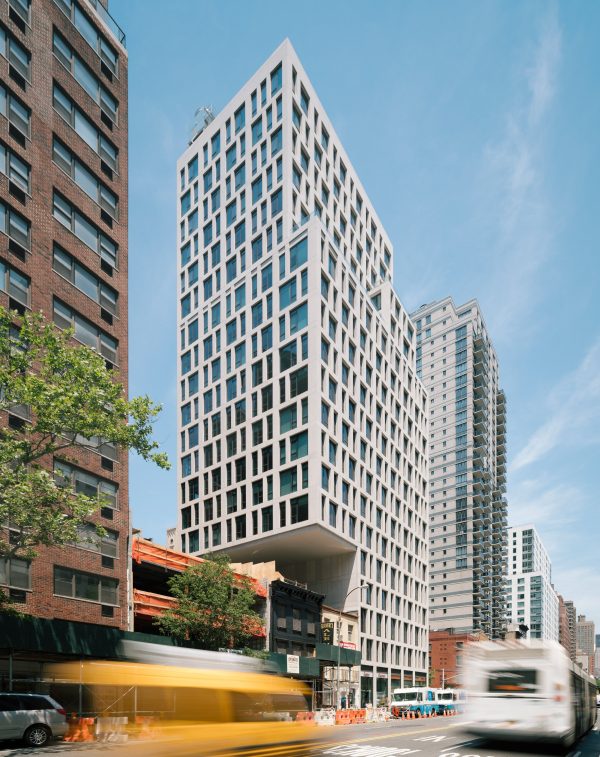 “Air rights” refer to transferable allowances of potentially buildable space, applying to that area between city and sky that could be (but hasn’t been) built up. While not unique to the Big Apple, air rights have played a prominent role in New York City’s development and culture for decades. In NYC, “unused development rights” are measured in units of Floor Area Ratio (FAR) and can be sold or shared across lots. These diagrams illustrate the two main types of FAR transfer permitted:

Allowing such transfers serves a number of functions both for the city and for building owners. Exchanges helps maintain an overall target density for vertical construction. They also play a role in preserving historical low-rise landmark buildings like theaters and churches — it is pretty hard to imagine Manhattan without Broadway venues.

Air rights have evolved in part as a preservation measure. Since maintaining older structures can be onerous for building owners, some cities opt to try and help owners defray upkeep costs. And one way to do that is by easing the financial pressure to develop vertically. 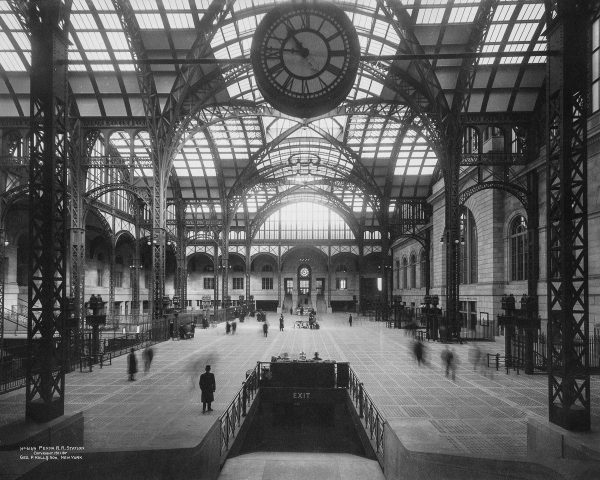 In the early 1960s, beautiful old Penn Station was having financial problems and its owners hoped to turn a profit from the sky above. A “transfer of development rights” offer was made to purchase the air rights for use on another building site — such a sale could have funded the preservation of this historic structure. Instead, the offer was declined and the building demolished to make way for direct use of the airspace. On the upside: its destruction led to calls for change in the decades following, leading ultimately to new landmark laws. (The detailed story of Penn Station and Grand Central is truly fascinating:)

In the decades since, many historic building airspace exchanges have indeed helped preserve other structures. These are known as “landmark transfers,” permitted when the Landmarks Preservation Commission deems a building to be historically or culturally significant.

According to The Real Deal, “the three companies that control the 31 major for-profit Broadway theaters … have collectively unloaded hundreds of thousands of unused square feet over the past decade,” thanks in part to a theater-oriented law introduced in 1998. In total, theater owners have sold over 600,000 square feet of airspace since.

Some airspace exchanges serve broader urban planning goals, like driving vertical construction in less-developed neighborhoods where much of the building stock is still low-rise (with lots of potential FAR).

As with the aforementioned luxury condo tower, the Citicorp Center tower was built with a cantilever over a smaller structure. Owners of a church already occupying the block gave developers permission to build up and over with a caveat: a new church would be built on the corner of the block. In this case, air rights didn’t preserve an existing structure but did help a congregation keep a church on their desired spot. (There were some uncanny issues with the engineering workarounds that went into the cantilever, but that’s another story:)

Transfers that happen between adjacent structures are called “zoning lot mergers” and don’t require specific permission from the city. This type of local exchange accounts for a lot of air space transfers. 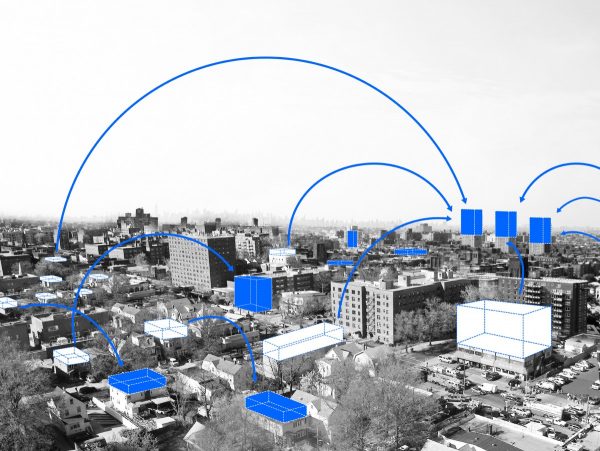 A few years back, Brooklyn design firm SITU Studio began exploring the idea of expanding district transfers, asking: what if poor neighborhoods in outer boroughs could sell (or bank) their air rights more flexibly? They presented their idea at MoMA as part of Uneven Cities.

“The crux of SITU’s idea,” explains Brady Dale of Technica.ly, “was to allow neighborhoods to sell air rights one neighborhood over as a way to finance shared amenities.” In New York, “most buildings don’t use their full [allowable] height, but there’s nothing you can do with the unused space right now, unless the next building over wants to buy it.” 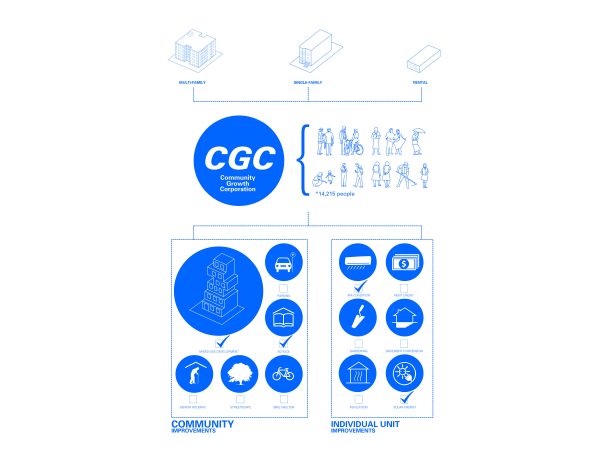 The pitch is pretty complex, but at its heart is a simple idea: small amounts of FAR (Floor Area Ratio) could be banked and (importantly) exchanged across larger areas. Low-rise buildings with just a little leftover development space could, for example, exchange FAR systematically with growth-oriented areas. Proceeds would then fund improvements both for individual homeowners and communities. 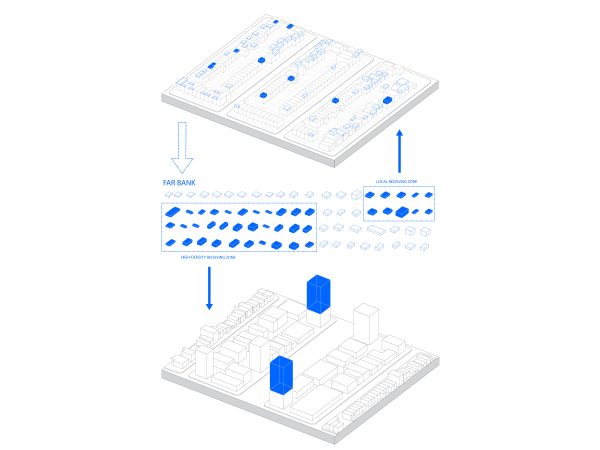 “Our contribution,” writes SITU, “addresses the hidden density of New York’s informal housing not by trying to shift residents elsewhere, but rather, by proposing a way for communities to thrive within the neighborhoods they already inhabit.” While this seems like a logical extension of existing policies, it would fundamentally reshape real estate value in the city — but then again, air rights already have.