It was the middle of the night on March 27, 1964. Earlier that evening, the second-biggest earthquake ever measured at the time had hit Anchorage, Alaska. 115 people died. Some houses had been turned completely upside down while others had skidded into the sea. But that brief and catastrophic quake was just the beginning of the story.

There was no light or power in the city — and for a long time, virtually no communication with the outside world. But there was one signal making it out of the devastated area. Running on backup generators and a cracked transmitter, a radio station in Anchorage continued to broadcast. Then a station in Fairbanks picked up that signal and repeated it. A man in Juneau picked up that Fairbanks station, called a radio station in Seattle and let the broadcast play over his phone. The president of that Anchorage radio station happened to be on a goodwill tour of Japan. And when he turned on a radio in Tokyo, he couldn’t believe what he was hearing — it was the voice of his own “newsgirl” back home, a woman by the name of Genie Chance. 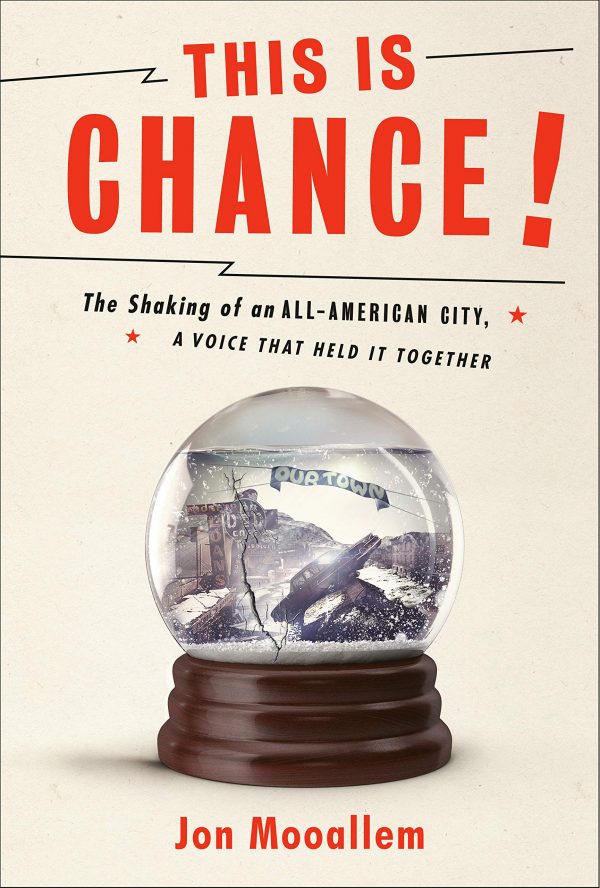 As of today, a full and compelling account of this story is available to read in book form: This Is Chance!: The Shaking of an All-American City, A Voice That Held It Together by author Jon Mooallem was just released. Be sure to order a copy of this epic tale of unity in the face of tragedy.

Featuring 99pi host Roman Mars and Avery Trufelman (as Genie Chance), the audio piece was performed in Los Angeles, Portland, Seattle and San Francisco in 2016 and 2017. The live version was edited for publication as a podcast episode by Sharif Youssef and Sean Real.

This episode also contains material from the personal collection of the Chance family and from the Genie Chance papers, Archives and Special Collections, Consortium Library, University of Alaska Anchorage.

Previous Episode: Roman Mars Describes Things As They Are
Next Episode: This Day In Esoteric Political History

Each year after the holidays, citizens of coastal... [Read More]