Even if you haven’t made the pilgrimage to Southern California, you can probably already picture what the Walk of Fame looks like. It’s a 1.3 mile walkway lined with terrazzo and brass squares. Each slab spotlights a salmon-pink star, and the name of a different famous celebrity deemed worthy enough to become a permanent part of Hollywood’s urban fabric.

The Walk is located on Hollywood Blvd from Gower to La Brea and continues on Vine Street from Sunset to Yucca. Back in 1960 the street’s main features were grand old movie palaces like Grauman’s Chinese Theater and the El Capitan. Those theaters are still there, but these days they’re surrounded by crowds of Elvis impersonators, snake wranglers and people in Elmo costumes hoping tourists will pay to take a picture with them. But gimmicky or not, the Walk of Fame is the story of Hollywood, the film industry. and the very origin of stardom itself. 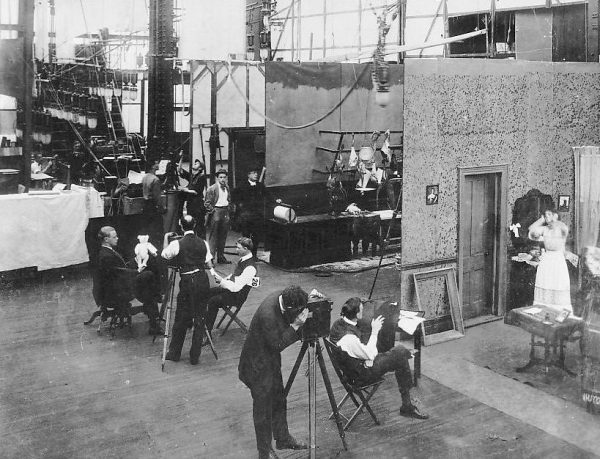 Today we use “Hollywood” as shorthand for the entertainment business, but there was a time when Los Angeles and the film industry weren’t inextricably linked. In fact, its original home was all the way across the country in Fort Lee, New Jersey, home of Thomas Edison. Since New Jersey was where a lot of early industry tech was incubated, it was also where the production offices, studio stages, talent, and by default, the entire motion picture industry was based. But Edison’s stranglehold over the technology also made it more difficult, expensive, and frankly, annoying for other film studios. 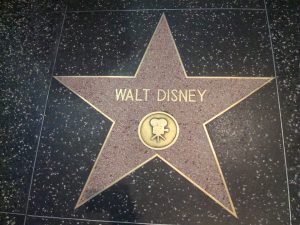 Still, even as they fled to southern California and began setting up shop in Los Angles, movies were mostly viewed as a novelty at the turn of the 20th century. Unlike today’s films, early cinema rarely had narrative plots–they were mostly just snippets of life captured on camera. Films were also silent with no dialogue to memorize, so actors were pretty far away from thespians reciting iambic pentameter on stage.

A Star is Born 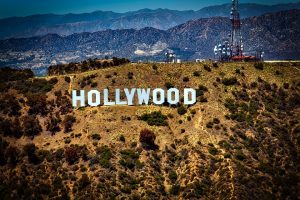 But during the first decade of the twentieth century, the number of small movie theaters and nickelodeons skyrocketed across the country. Production companies rushed to produce enough content to meet the growing need for new films. Many studios relied on factory-style methods to create more movies and would often cast the same group of actors over and over for sake of practicality. And because audiences were seeing the same actors over and over again… viewers were becoming attached to the faces they were seeing on screen.

You might understandably think that with all this new fame and prestige, all this collective yearning, that Hollywood actors would finally come into their power. But it didn’t quite work out that way. Instead, executives realized that stardom was a commodity that could be manufactured, controlled, and profited from. The big studios exploited their actors through the Star System, controlling every aspect from the stars’ careers to their personal lives in exchange for a career in Hollywood.

By the 1930s and early 40s, the movie industry was one of the biggest businesses in the world, and as it reached the height of its power, film became the economic lifeblood of Los Angeles. But in 1948 a Supreme Court decision called the Paramount Decree broke up the monopolistic film companies. And on top of that, in the late 40s and early 50s Americans were flocking to newly constructed suburbs far away from the city centers where movie palaces were located. Ticket sales plummeted, and the entire neighborhood of Hollywood was suffering economically. In 1953 in response to declining revenue, a man named E.M. Stuart who was the volunteer president of the Chamber of Commerce came up with an idea. It was a plan to harken back to the old, glorious days of Hollywood. The idea would be to take the ethereal stars from the screen and place them into the ground where anyone could visit them. 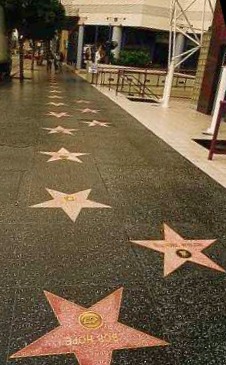 The Chamber of Commerce created four committees with experts in four separate categories: motion pictures, television, audio recording, and radio. The first members of the motion picture committee included industry giants: Cecil B. DeMille, Samuel Goldwyn, and Walt Disney. They combed through thousands of names dating back to the earliest days of Hollywood in order to decide who deserved to be honored on the brand new Walk of Fame. In 1961 the walk was finally installed, and The Chamber of Commerce wanted to acknowledge that this would be a living monument, so it left about 500 stars blank as placeholders for future recipients. 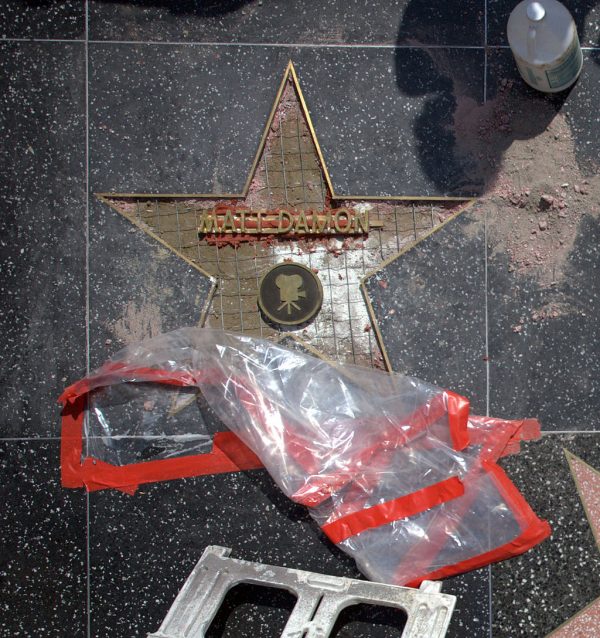 Despite the chamber of commerce’s best efforts, the neighborhood kept declining. This was something that was happening to urban areas all over post-war America, but contrasted to its glory days… the decay of Hollywood Blvd felt extra bleak. Today Hollywood Blvd. is in better shape, but it wasn’t all because of the Walk of Fame. In the early 2000s, the city invested millions of dollars of public and private money to build up Hollywood and Highland into a commercial district, equipped with a shopping center and luxury hotel. And yet, despite the somewhat renewed glamor, you are very unlikely to see a celebrity walking down the Walk of Fame.