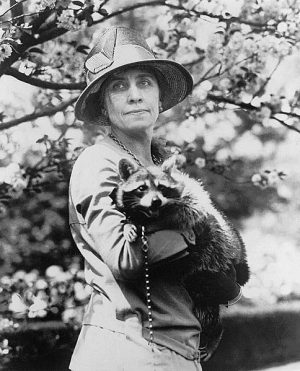 Today, perspectives on raccoons vary — they have their fans and critics — but historically, they were seen not just as cute synanthropes or pesky critters, but as sources of fur and food, too. So when a Mississippi resident sent President Calvin Coolidge a raccoon for Thanksgiving in 1926, he expected it to be served up for dinner, and it wasn’t that unusual of an expectation.

But when President Coolidge and his wife Grace received the raccoon, they decided to adopt her instead, adding “Rebecca” to a long list of exotic animals the First Family were gifted over the course of Calvins’ presidency. 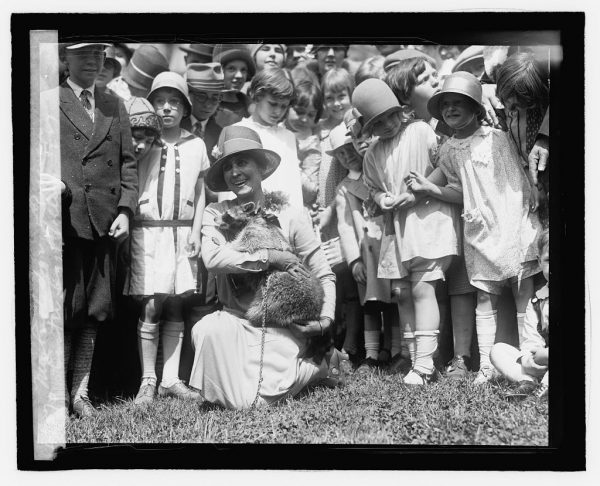 The couple had the usual suspects (dogs, cats and birds) but were also given animals including a wallaby, a bear, a pair of lion cubs and a pygmy hippo. Many of these came from American hunters or foreign dignitaries who knew of the White House menagerie. Some were kept and others were donated to local zoos better equipped to handle them. 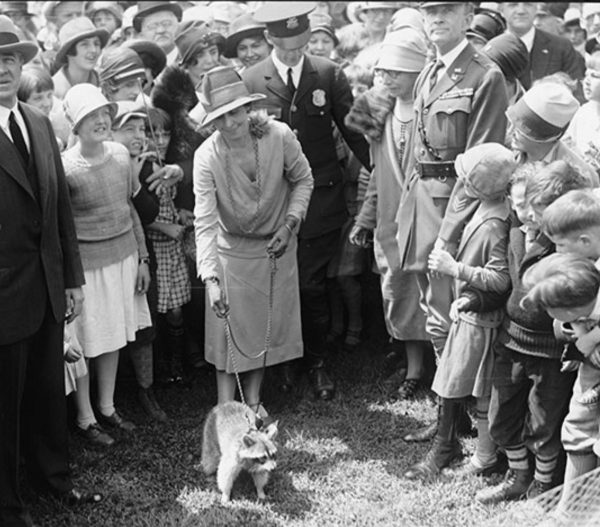 Rebecca did both, living  first for at a time in the White House (or, as one reporter at the time put it: the “Pennsylvania Avenue Zoo”) . Grace would take her for walks by day, and at night Rebecca would curl up in Calvin’s lap by the fireplace. 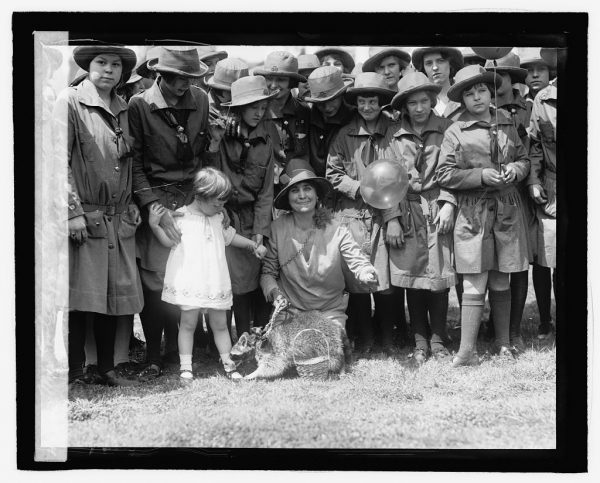 Still, Rebecca was a wild animal. She became infamous for chewing her way out of enclosures and wriggling out of collars and clawing up the furniture. There are also stories of the Secret Service chasing her up trees while trying to catch her. Ultimately, she spent a lot of time in a little wooden house they put up for her on the South Lawn with an engraved nameplate hanging over the entrance.

MPR Raccoon: Exploring the Urban Architecture Behind an Antisocial…

Eventually, she was given to a zoo to live out the rest of her days, but Grace wrote of their time together fondly. Rebecca, she recalled, “enjoyed nothing better than being placed in a bathtub with a little water in it and given a cake of soap with which to play. In this fashion she would amuse herself.”

No one knows for sure just how long... [Read More]