As Britain began to adapt to new standards around time, the regimentation of London time in particular grew increasingly important. In fact, there were entire professions devoted to keeping track of conveying the time in the 19th century, including “knocker-uppers” — people who would go door to door to tell you the time. 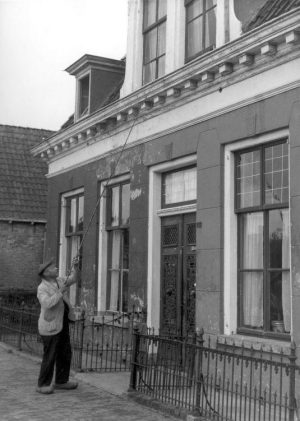 Imagine being a factory worker in Manchester in the 1860s, perhaps newly arrived from the countryside and used to being woken up by sunlight. Suddenly, you have to get up before the sun even rises and make it to your shift at the cotton mill on time.

For that, there were effectively human alarm clocks — people who were hired to go door to door and knock at specific times. Historian Ruth Goodman, author of How To Be A Victorian and The Domestic Revolution, has written about this odd occupation that helped working-class people get up each morning before the age of 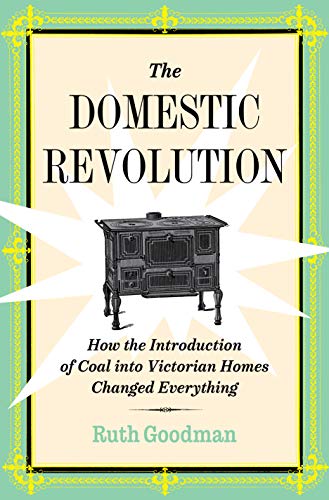 alarms. Knocker-uppers, she explains, would walk around with long  thin canes to reach upper floors and tap on windows to avoid waking every resident in a given building, which would, of course, be annoying. The art, in part, was balancing the amount of noise. Some even developed specialized tools for their trade, like a woman who created a peashooter to help her on her rounds — she would blow small dried peas through a tube to tap on high windows and wake residents. 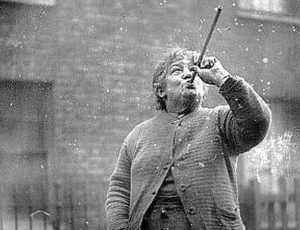 Culturally, this was a pivot point of sorts — part of a larger shift from waking up with nature’s rhythms to being “on the clock.” Practically speaking, few people could afford high-priced timepieces, so accuracy was also increasingly sought after, a status symbol of sorts. Indeed, out of this period arose the tradition of giving retiring workers a watch — a symbol that they had come on time during their decades of service. For their part, knocker-uppers and others who needed to keep time professionally had to invest in quality timepieces to do their job.

Some were older women looking to make a side income but who were simply too worn out to keep doing heavier manual labor. Others were off-duty cops seeking to supplement their salaries. Eventually, of course, times caught up with these people as commercial alarm clocks arrived. By the early 1900s, the trade was in decline. Still, there are reports of a knocker-upper who didn’t retire until as recently as 1973.

So over the course of a century, knocker-uppers went from being essential for the working class to being more of a quaint tradition. Like so many trades and technologies, we can look back at it with mixed fascination from an era when we are all effectively on the clock.

Maps of the United States feature a small but... [Read More]

Strange structures start to appear all around as one... [Read More]